Immunotherapy Could Work Against Bowel Cancers 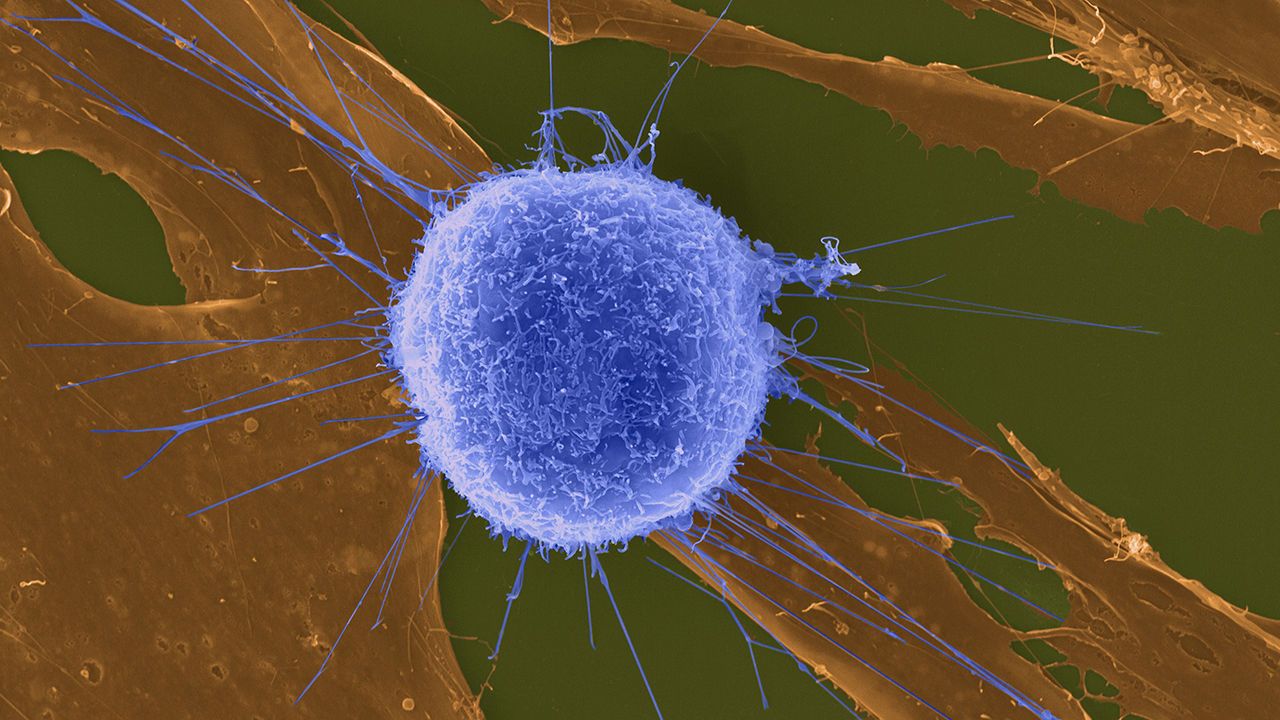 The researches find that the bowel cancer who have stopped responding to a widely used targeted drug could benefit from immunotherapy, a major new study reveals. Scientists found that bowel tumours which had initially responded to cetuximab before developing resistance became more visible to the immune system potentially leaving them vulnerable to immunotherapies. A phase II clinical trial has already begun to test the possible benefit; of immunotherapy in patients who have stopped responding to cetuximab.

A team at The Institute of Cancer Research; London; and The Royal Marsden NHS Foundation Trust teased out the various complex mechanisms by which bowel cancers ;became resistant to cetuximab. Their study could not only lead to new approaches to treatment but also to tests to assess which patients are likely to develop resistance to cetuximab most rapidly.

The research is published in the prestigious journal Cancer Celltoday and was largely funded by Cancer Research UK; with additional support from the NIHR Biomedical Research Centre at The Institute of Cancer Research (ICR) and The Royal Marsden. The researchers studied tumour samples from 35 people; with advanced bowel cancer who were treated as part of a clinical trial of cetuximab led by the ICR and The Royal Marsden.

Cetuximab is effective for some people with advanced bowel cancer but the treatment only works in around half of patients; and most will eventually stop responding as their cancer becomes drug resistant. Once bowel tumours evolve to become resistant to cetuximab; patients have very limited treatment options, and new therapies are desperately needed.

The new study offers a detailed picture of the many different ways in which bowel cancers can evade treatment with cetuximab either from the outset or through acquired drug resistance. Surprisingly; the researchers were only able to find genetic changes that could explain the development of drug resistance in 36%t of the tumours they studied.

But in five out of seven patients who had stopped responding to cetuximab; tumours had become heavily infiltrated by non-cancerous cells from supportive tissue around the tumour; which nurtured the cancer cells and helped them to grow during treatment. This finding adds to our understanding of the complex nature of cancer evolution; in which tumours often adopt genetic strategies to evade treatment or change their environment as a non-genetic approach to developing drug resistance.

The research team then studied the different types of immune cells in tumour samples before and after treatment with cetuximab; in an effort to find new ways to tackle drug-resistant cancers. The researchers found that on average; cancer-killing immune cells were six times more active in tumours that had become resistant to cetuximab than those that had not responded to the drug from the outset.