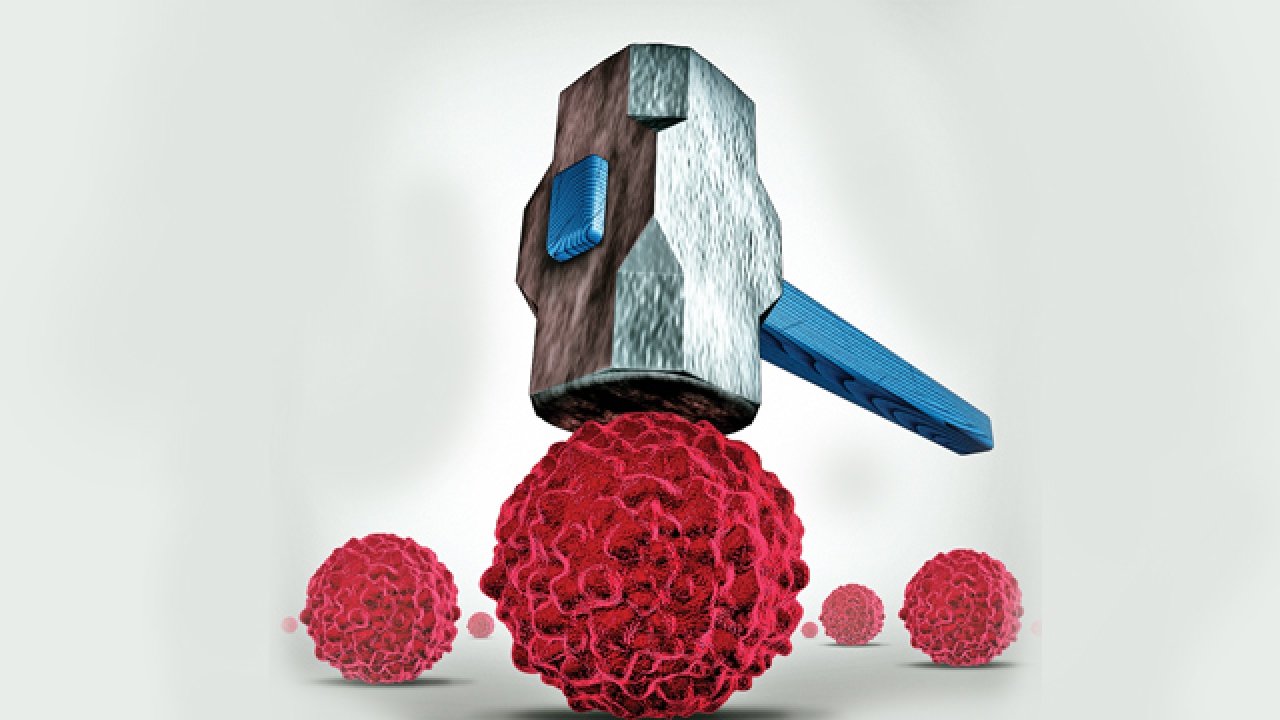 The recent emergence of immunotherapy has marked a sea change in research and care for many forms of cancer, bringing new hope to patients and families around the world. For those who respond to treatment, the results can be dramatic. Activation of a patient’s immune system against cancer can kill or shrink tumors and, in some cases, lead to complete remission. Despite significant advances, only a minority of individuals benefit from immunotherapy, and the reasons why remain unclear.

Immunotherapy research has largely centered on T-cells; a type of immune cell that learns to  and launch an attack. Tumors, however, are a complex mixture of many different cell types; including other immune cells known collectively as tumor-infiltrating myeloid cells. These cells represent alternative targets for immunotherapy, but their role in tumors is still poorly understood.

To shed light on this under-examined family of immune cells; Harvard Medical School researchers based at the Blavatnik Institute, Massachusetts General Hospital; Beth Israel Deaconess Medical Center and Brigham and Women’s Hospital used single-cell sequencing to map the landscape of myeloid cells in tumors from patients with lung cancer.

Their study; published online in Immunity on April 9, reveals 25 myeloid cell sub populations, many previously undescribed, with distinct gene expression signatures that are consistent across patients. Most of these sub populations were also identified in a mouse model of lung cancer, indicating a high degree of similarity in myeloid cells across  species.

The findings serve as a foundation for future research to explain the precise roles of myeloid cells in cancer and to assess their potential as targets for new or improved immunotherapies; the authors said. “Immunotherapy is clearly a transformational approach to cancer treatment; but there are many patients who don’t respond; and the question is why;” said co-corresponding author Allon Klein, assistant professor of systems biology at HMS.

“Part of the answer could certainly lie at the level of myeloid cells, which interact heavily with both tumor cells and T-cells;” Klein continued. “By identifying the rich complexity of myeloid cell states in tumors; we now have a powerful starting point to better understand their functions and clinical applications.”
Of particular importance, the authors said, was the finding that myeloid sub populations can be reliably identified in different human patients and in mice an observation that underscores the fundamental use of mouse models in immunotherapy research.
“Tumor cells are different in each patient analyze; but the identity of tumor-infiltrating myeloid cells greatly overlapps between the same patients. Also; therefore many myeloid populations are incredibly well conserve across patients and mice;” said co-corresponding author Mikael Pittet; HMS associate professor of radiology at Mass General.