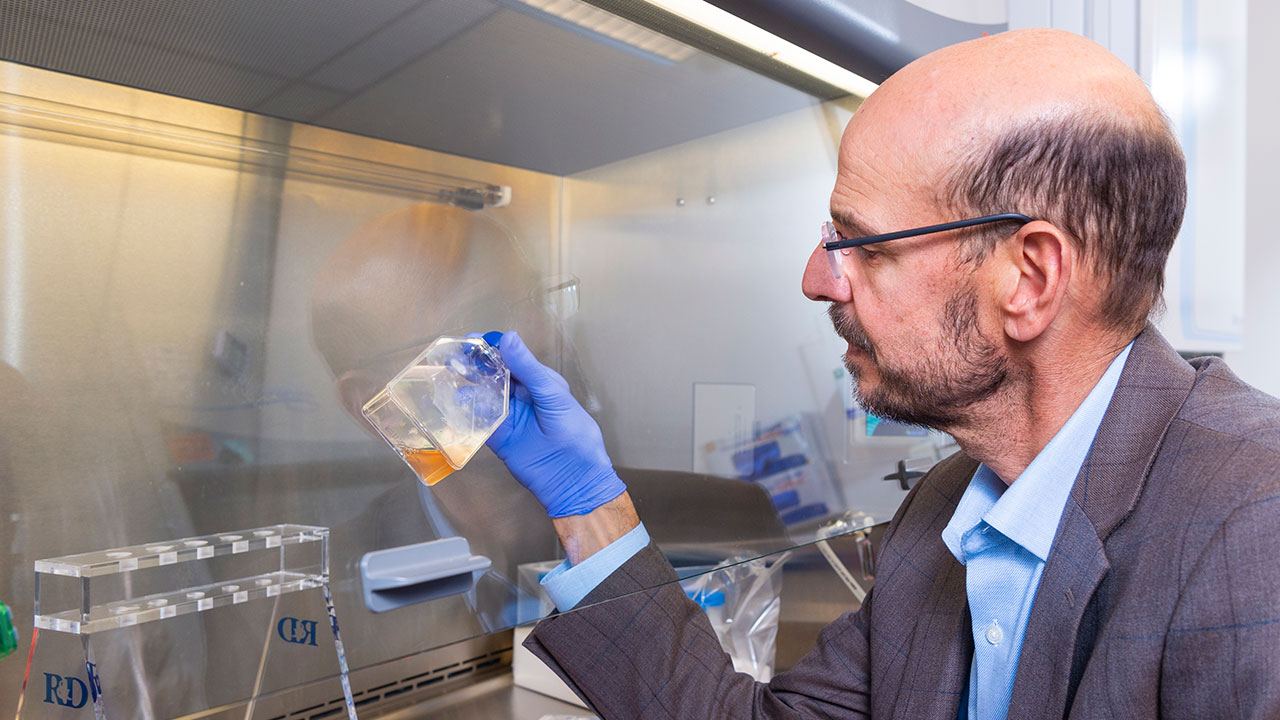 In 1989, two undergraduate students at the Free University of Brussels were asked to test frozen blood serum from camels, and stumbled on a previously unknown kind of antibody. It is a miniaturize version of a human antibody, made up only of two heavy protein chains, rather than two light and two heavy chains. As they eventually reported, the antibodies’ presence was confirm not only in camels, but also in llamas and alpacas.

The Dana-Farber/Boston Children’s Cancer and Blood Disorders Center is currently using CAR T-cell therapy for relapse acute lymphocytic leukemia (ALL), for example. But CAR T cells haven’t been good at eliminating solid tumors. It’s been hard to find cancer-specific proteins on solid tumors that could serve as safe targets.

Solid tumors are also protected by an extracellular matrix; a supportive web of proteins that acts as a barrier, as well as immunosuppressive molecules that weaken the T-cell attack. That’s where nanobodies come in. For two decades, they largely remained in the hands of the Belgian team. But that changed after the patent expired in 2013.

“A lot of people got into the game and began to appreciate nanobodies’ unique properties;” says Hidde Ploegh, PhD, an immunologist in the Program in Cellular and Molecular Medicine at Boston Children’s and senior investigator on the PNAS study. One useful attribute is their enhanced targeting abilities.

Ploegh and his team at Boston Children’s; in collaboration with Noo Jalikhani, PhD, and Richard Hynes, PhD at MIT’s Koch Institute for Integrative Cancer Research; have harnessed nanobodies to carry imaging agents, allowing precise visualization of metastatic cancers.
The Hynes team targeted the nanobodies to the tumors’ extracellular matrix, or ECM — aiming imaging agents not at the cancer cells themselves; but at the environment that surrounds them. Such markers are common to many tumors, but don’t typically appear on normal cells. “Our lab and the Hynes lab are among the few actively pursuing this approach of targeting the tumor micro-environment;” says Ploegh. “Most labs are looking for tumor-specific antigens.”