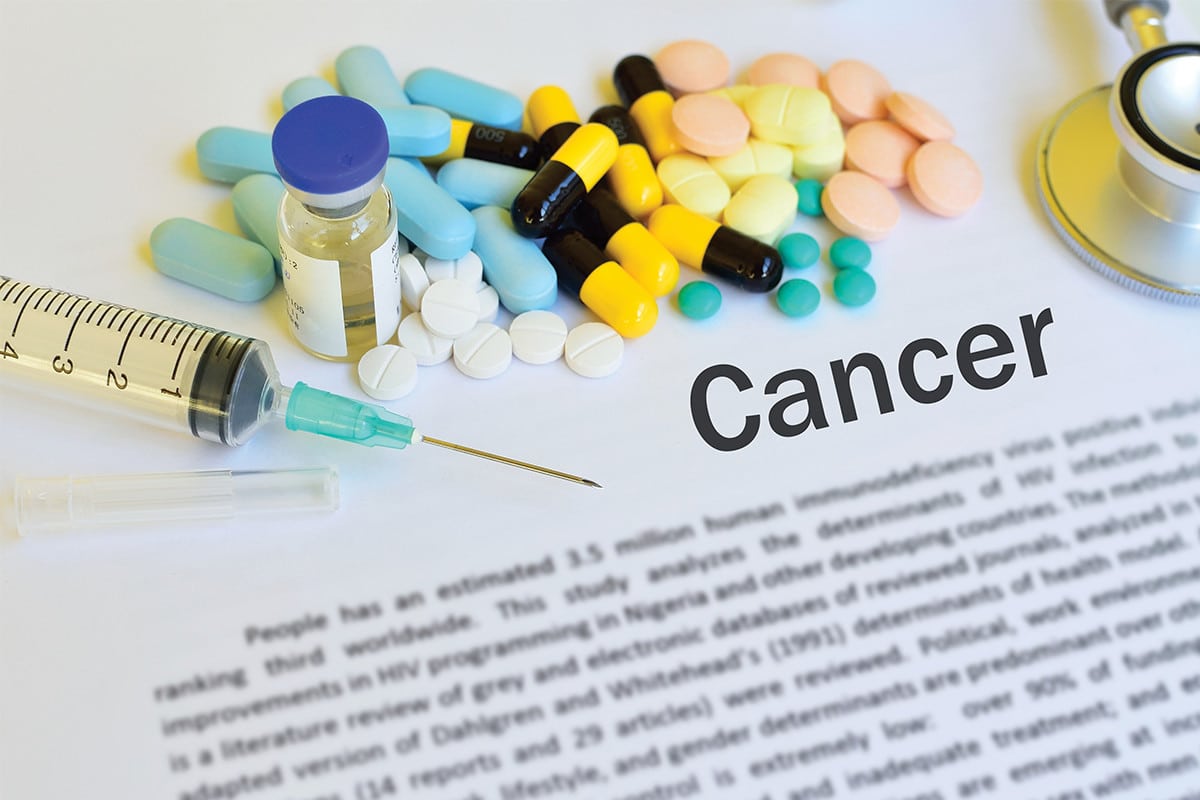 When Ryan Bayer was diagnosed with an inoperable brain tumor driven by a rare, devastating genetic mutation, doctors told him the malignancy was invariably fatal, usually within a year. That was two years ago.

Today, scans show only a vestige of cancer. Bayer, 38, no longer has right-side numbness or other disabling symptoms. He has resumed his busy life as a husband, father of four, insurance agency co-owner, and part-time farmer.

The turning point came a year ago when he went on ONC201, an experimental oncology drug being developed by Philadelphia-based Oncoceutics. It works, at least partly, in an unprecedented way: by blocking dopamine, the chemical messenger best known for its role in the brain's reward-and-pleasure circuitry.

ONC201 comes in capsules that Bayer pops once a week, unlike the grueling rounds of radiation and intravenous chemotherapy that caused hearing loss, infections, digestive problems, and other serious side effects.

"They told me I would never get the feeling back on my right side, but it is back 90%," said Bayer, who lives in Howells, Neb. "I have no side effects on this drug. I could be on it for the rest of my life, which would be fine."

"It is been nothing short of amazing for him," said Nicole Shonka, the University of Nebraska Medical Center neuro-oncologist who got the drug for him. As remarkable as Bayer's recovery is, it has to be put in context.

Company officials gave him the drug under a compassionate-use program for desperately ill patients, not as part of a clinical trial that could produce data needed for U.S. Food and Drug Administration approval.

And researchers are still deciphering how ONC201 works. It was largely ineffective in a pilot trial of patients with glioblastoma, the most common adult brain cancer. Still, the compound is looking like a lifeline—the first effective drug ever—for a subset of brain cancer patients who, like Bayer, have the rare, aggressive mutation called H3 K27M.

Seven of them, including two children, have done even better, experiencing tumor shrinkage or relief of neurological problems, or both. In two adults, the regression has been so complete that the remaining traces may just be scars.

The story of ONC201 begins in 2008. Oncologist Wafik S. El-Deiry, at the time a University of Pennsylvania professor and the scientific founder of Oncoceutics, led an effort to screen a large federal library of chemical compounds.

His team wanted to discover a substance that could persistently kill many types of cancer cells—but spare normal cells—by activating a crucial immune system pathway that selectively causes cell death. While that was a tall order, the scientists knew a lot about the cell death pathway: El-Deiry's lab at Penn had discovered it a decade earlier.

"We wanted to find ways of triggering this pathway," said El-Deiry, who is now deputy director of translational research at Fox Chase Cancer Center. In 2013, while at Penn State University, they published a paper describing the compound they identified, which was even better than they hoped—at least, in lab dishes and animal studies.

ONC201 had the rare ability to penetrate the dense barrier of blood vessels that protect the brain. And its chemical structure had neat spots to attach additional molecules, opening the door to creating a whole class of cancer-fighting drugs.