Robot Care-Takers: The Next Big Thing In Indian Healthcare 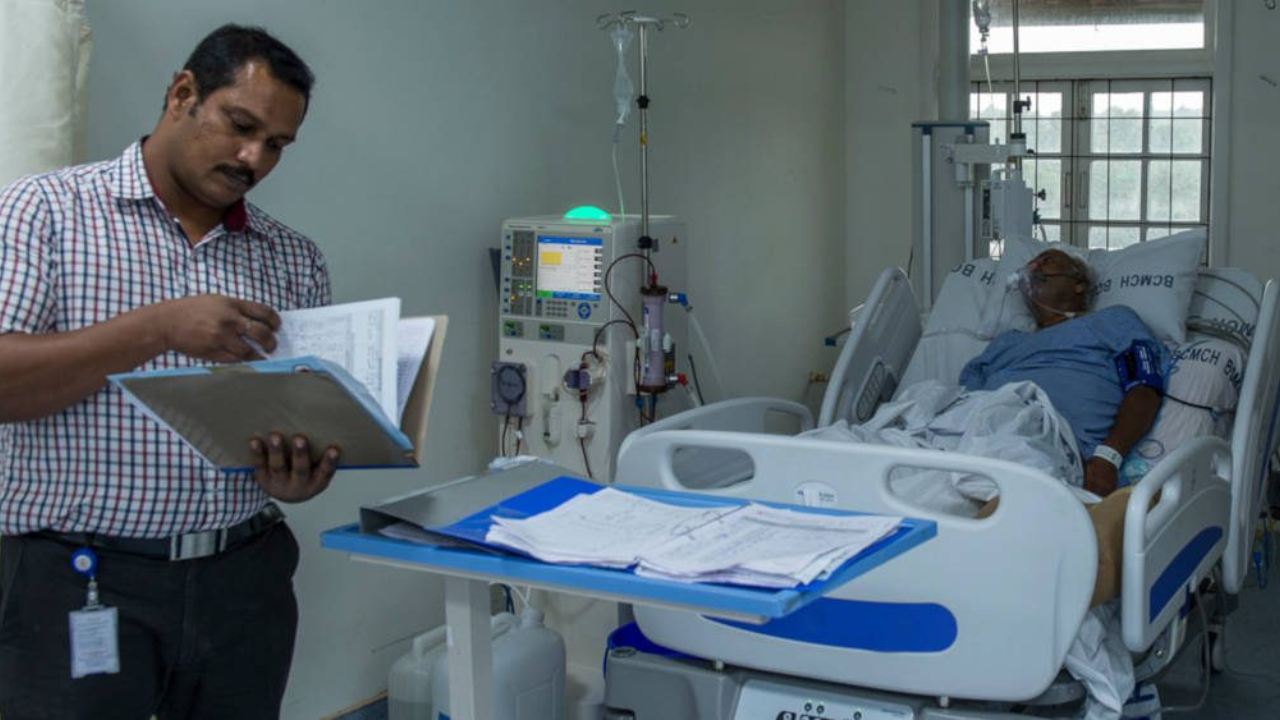 In recent years, the Indian healthcare sector has grown exponentially; but owing to the increased investment, both in public as well as private sectors. According to a report by NITI Aayog, the Indian government will increase public expenditure on healthcare from 1.1% to 2.5% GDP in the next four years and subsequently to 5% in the following five years.

Role of government in healthcare investment

At present, the rising incidences of lifestyle diseases and growing demand for affordable healthcare; but coupled with increased role of government in healthcare investment space and emergence of technologies; but such as artificial learning (AI), machine learning (ML) and robotics are the major driving factors in Indian healthcare industry.

The affordability and accessibility of technology is reverberating the healthcare sector in India. AI & ML is becoming increasingly sophisticated at doing what humans do, but more efficiently, quickly and at a lower cost. India produces only about 50,000 doctors every year – not nearly enough to get to minimum standards.

To get to the WHO recommended minimum of a doctor patient ratio of 1:1000; India will need 2.3 million doctors by 2030 and the nurse: patient ratio is 1:483, implying a shortage of around two million nurses. Intervention of AI is not only a novelty but also prove to be a vital part for the sector. A discussion paper floated by Indian government’s Niti Aayog places healthcare among one of the focus areas for AI intervention.

According to the Global Health and Aging report presented by the World Health Organization (WHO); “The number of people aged 65 or older is project; but to grow to nearly 1.5 billion in 2050, with most of the increase in developing countries.”

Additionally, by 2050, the number of people age 65 years or above is expect; to be significantly higher than the number of children younger than 5 years of age. Many people develop disabilities related to the wear and tear of ageing or the onset of other chronic diseases; which requires 24×7 continuous care and monitoring, attention, love and affection to address their physical limitations and to get rid of their boredom and frustrations.

Why is it even more important from the India context?

In India we don’t have shortage of health issues. Millions of people do not have access to the basic health care /medical care even. Ageing population is not consider as an issue in India when it comes to the ratio between old and young. But is an issue when we think about it along with our increasing population. Additionally, youth is either finding it difficult to get time or they are disinterest in general care-giving. The increasing number of old age homes are proof for this.

Same time, technology like robotics has grown to a level of maturity that it is able to come up with practical solutions to these problems. Considering the above two aspects, robotic health care can come to rescue for county like us. However, the affordability and lack of indigenous solutions are the two short-term aspects working against it.

In the coming years, we are certainly going to see a robotics play a key role in the global as well as Indian healthcare market. We already have robots that are capable of 24×7 monitoring, sending emergency alerts to human caretakers and automatic food & drink dispensing robots. Other than that, these robots can be used for dispensing medications, sterilizing equipment and moving patients.

In a developing country like India, while we are witnessing increase instances of robots being used for laparoscopic surgery, automated pharma, etc. robot nurses as a concept still needs a familiarization. But with growing ageing population and medical staffing issues, it will be a necessity soon and the trend is sure to catch up.