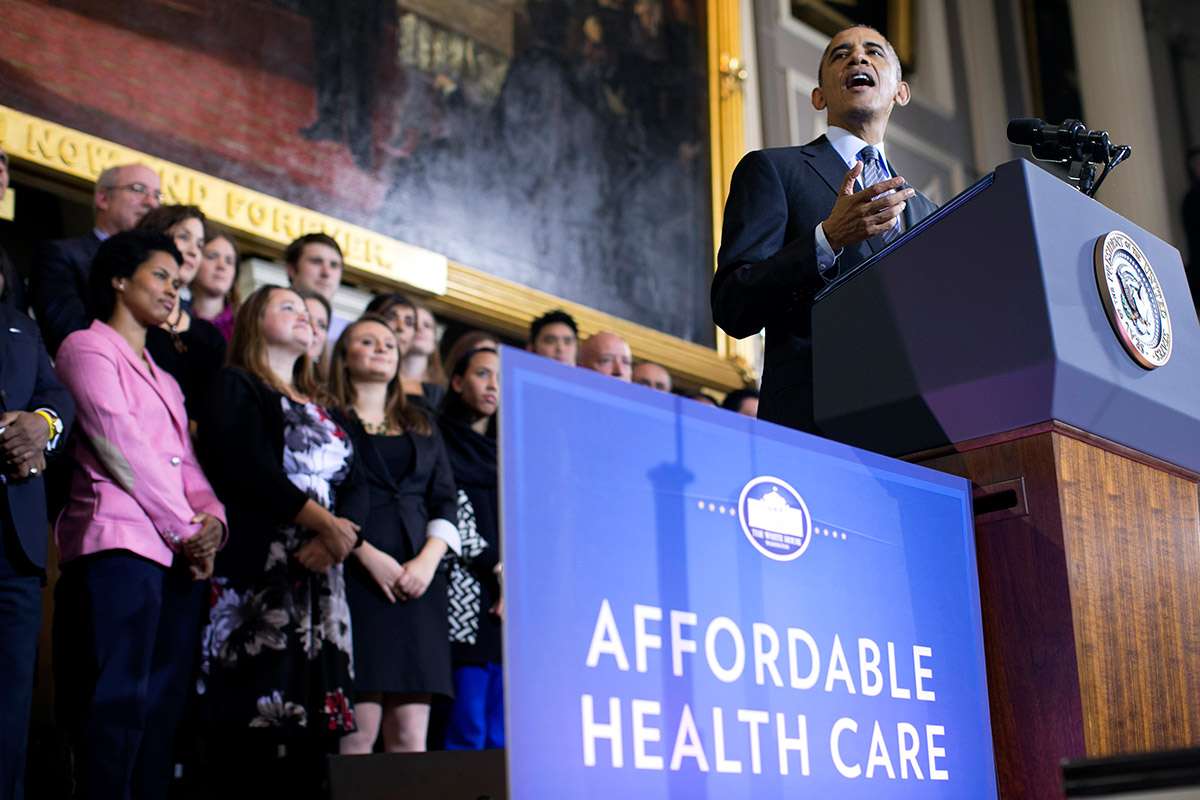 The Affordable Care Act has yet again beaten predictions of its downfall, as government figures released Wednesday showed unexpectedly solid sign-ups for coverage next year.

The Centers for Medicare and Medicaid Services said nearly 8.5 million people had enrolled as of last Saturday's deadline, with about a dozen states still left to report. Though the final count would not be known for a few months, it will be higher.

Wednesday's number was about 4% below a comparable statistic from the same time last year. Earlier progress reports from the government had pointed to a potential enrollment decline of more than 10%.

The Trump administration has sharply scaled back promotional advertising and taken a number of other actions that unsettled the health law's insurance markets. And last Friday, a Republican-appointed federal judge in Texas ruled the whole law unconstitutional.

Not included in the latest figures for 39 states using HealthCare.gov are totals from about a dozen states running their own enrollment efforts. Also to be added in are HealthCare.gov customers who signed up close to a deadline, or left phone numbers for a callback.

Experts said the numbers show staying power for the health law, despite continuing political problems and high premiums that put coverage out of reach for people who make too much money to qualify for subsidized premiums.

"Despite everything that has been thrown at this market, politically, with premium increases and also regulation changes, there is still a core group of Americans who want this insurance and buy this insurance every year," said Chris Sloan of the consulting firm Avalere Health. "They are a hardy group of people."

The Republican-led Congress repealed the health law's requirement that most Americans get health insurance or risk fines from the IRS, a move that many experts predicted would lead to a drop in enrollment next year. But Verma said that doesn't seem to have happened.

She said the main reason enrollment has continued to decline is because premiums are still unaffordable for people who do not qualify for financial help. Nearly 11.8 million people signed up during last year's open enrollment season, counting consumers in all 50 states.

The health law provides subsidized private insurance for people who do not have coverage through their jobs. It also gives states the option to expand their Medicaid programs to cover more low-income adults. Since it passed in 2010, about 20 million people have gained coverage, keeping the nation's uninsured rate under 10%.