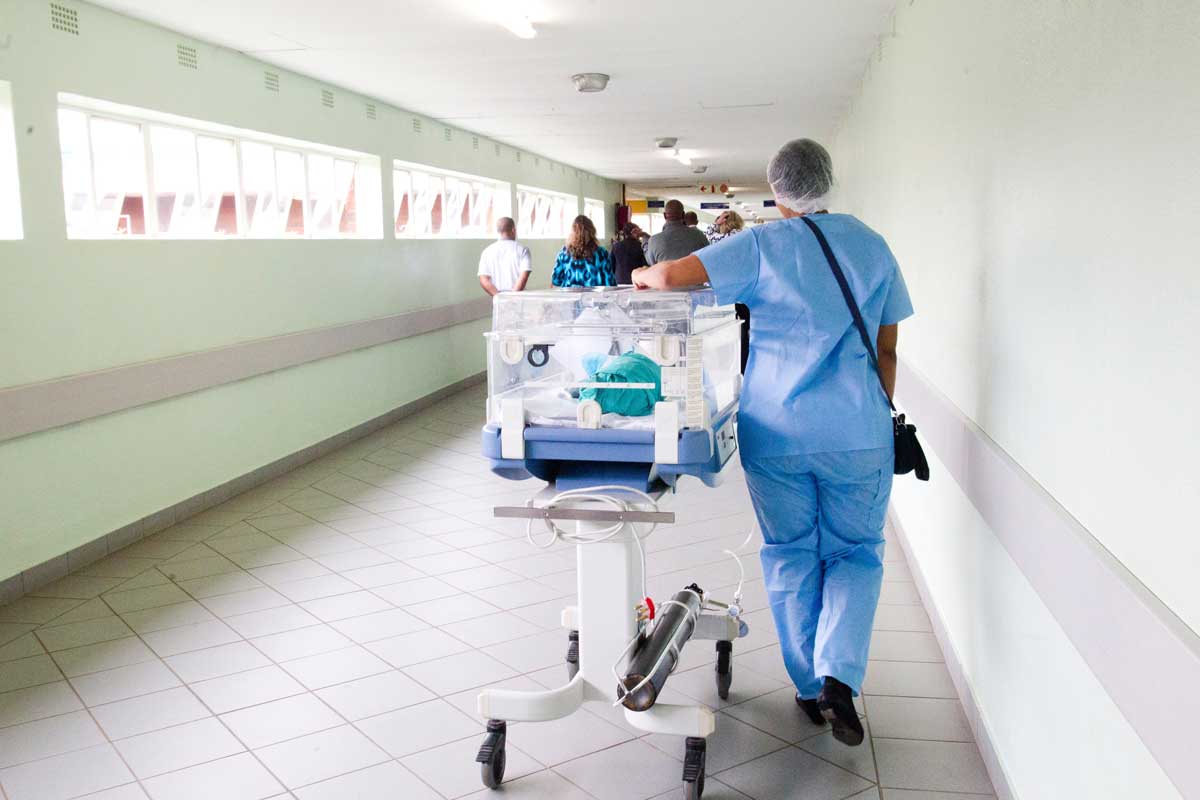 Maintaining a high negative pressure in airborne infection isolation rooms of hospitals (over -10 Pa) and in renovation sites (over -5 Pa) effectively limits the dispersion of airborne contaminants and dust, a new study from the University of Eastern Finland shows.

Inhaled airborne particles at work can cause adverse health effects, and this is why it is important to prevent exposure to them. Moreover, the control of contaminants released from internal sources within an enclosed workspace also plays an important role in protecting other persons working in or occupying adjacent areas from adverse biological and chemical exposure.

The containment capability of airborne infection isolation rooms, AIIRs, was studied by measuring air change rates of the patient room and anteroom, pressure differences, contaminant removal, and contaminant transmission during door openings and human movement. The researchers used a tracer gas method to simulate the release of infectious agents from a patient.

The findings indicate that a high air change rate in AIIRs does not ensure efficient removal of infectious agents in the breathing zone of a healthcare worker. Instead, the local airflow patterns are more important.

“In practice, however, the dilution is not effective enough – at least not in the anterooms we studied. Generally, a health care worker does not stay in the anteroom for more than 2–3 minutes,” Early Stage Researcher Anna Kokkonen from the University of Eastern Finland explains.

"To achieve at least 90% contaminant removal, the minimum air change rate requirement of 40 1/h would be needed after entering the anteroom. This would enhance the total containment of an AIIR,” said Kokkonen.

The dust containment capability of renovation sites was studied by measuring pressure differences and dust concentrations (filter samples and real-time monitoring) simultaneously from the renovation sites and their adjacent areas.

The researchers also investigated the effect of using on-tool local exhaust ventilation on limiting the dispersion of dust, and they studied the efficiency of a short-term water misting method in airborne particle removal. The method was applied after the work was completed to limit the dispersal of airborne dust that had not been captured in real-time by source controls.

The results indicate that maintaining a continuous negative pressure over -5 Pa limits the dispersion of dust outside a renovation site. Enclosure containment was achieved by sealing the junctions between the temporary and existing partitioning structures to obtain better airtightness and by building an airlock between the enclosure and adjacent areas.

The study indicates that the use of on-tool local exhaust ventilation (LEV) has an important role in dust containment when an enclosure fails to maintain negative pressure, e.g., during door openings and human movement. Almost three times lower dust concentrations are expected outside an enclosure with LEV use during dust-producing tasks.

The study shows, with respect to the premise of avoiding harmful wetting of surfaces, that short-term misting after dust generating task is an effective measure to control the dispersal of airborne dust in enclosed workspaces. The method supplements on-tool source control measures since misting substantially capture airborne dust that is not captured in real-time by source controls.