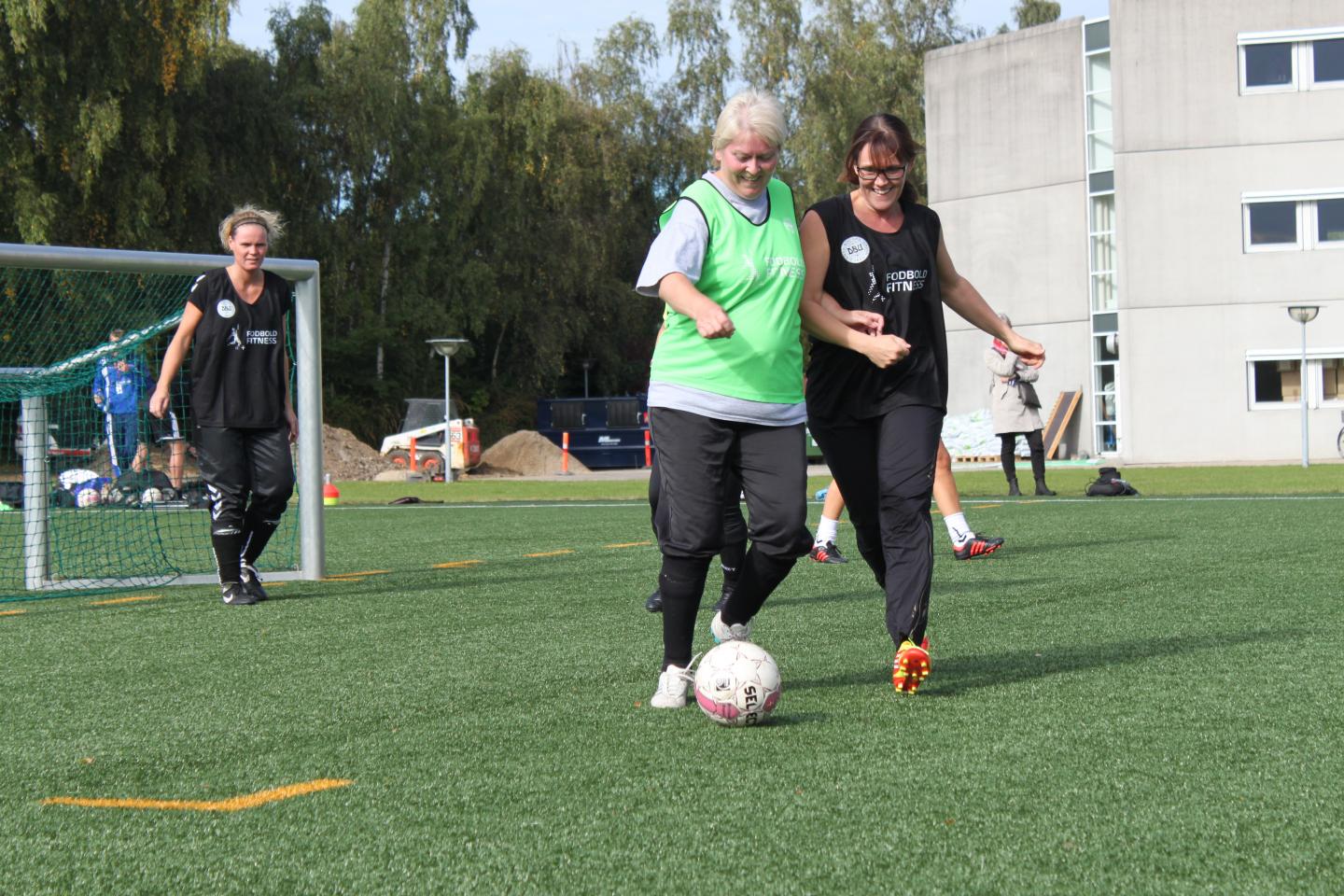 This is the conclusion of the world's first trial involving football and dietary guidance in older prediabetics, carried out in the Faroe Islands by football researchers and physiologists from the Department of Sports Science and Clinical Biomechanics at the University of Southern Denmark.

The purpose of the trial was to investigate the health-related potential of combining advice on healthy eating with recreational football training, and the results have just been published in the acclaimed Scandinavian Journal of Medicine and Science in Sports.

"What we've seen is that the combination of recreational football and dietary guidance is highly effective; more effective than we dared hope. The trial participants derived significant positive effects on both their cardiovascular and metabolic health profile," says Magni Mohr, project leader.

Improved cardiovascular health was determined by an increase in physical fitness and a decrease in blood pressure. The changes correlated well with what the researchers had found in previous trials and are estimated to reduce the risk of cardiovascular disease by 50% – assuming that the participants maintain their improvements.

Improved metabolic health profile was determined by a decrease in total cholesterol, LDL cholesterol, and body fat percentage compared with the group that only received dietary guidance. Both groups showed a decrease in resting blood sugar, with no significant between-group differences.

The combination of football training and guidance on healthy eating was more effective for metabolic health and a healthier way to lose weight than dietary guidance alone. Part of the explanation for this is that football training produces larger muscles:

"Individuals who combine dietary guidance with football training can lose a significant amount of weight while at the same time achieving an increase in muscle mass and functional capacity. This is very different to the results of normal dieting, where the individual loses weight but becomes physically weaker because they both lose fat and muscle mass," says Peter Krustrup.

The trial participants were untrained women and men aged 55-70 years. At the age of 60 or 70, individuals generally need to strengthen their physique. So it is far from optimal for them to diet without training at the same time. They do not want to further weaken their physique, which would be the result of an ordinary diet.

"The study provides evidence that we can prevent type 2 diabetes through an intervention combining exercise and diet. The figures from the study also show that football is an effective and broad-spectrum form of exercise that works for both women and men," says Peter Krustrup.

The idea of football for 60 and 70-year-old female patients is new. But the study showed that so-called Football Fitness – a form of football with the focus on a thorough warm-up, ball drills in pairs and games on small pitches – is also suitable for 70-year-old women with prediabetes. The participants enjoyed the training and did not sustain any serious damage to muscles, bones or joints.