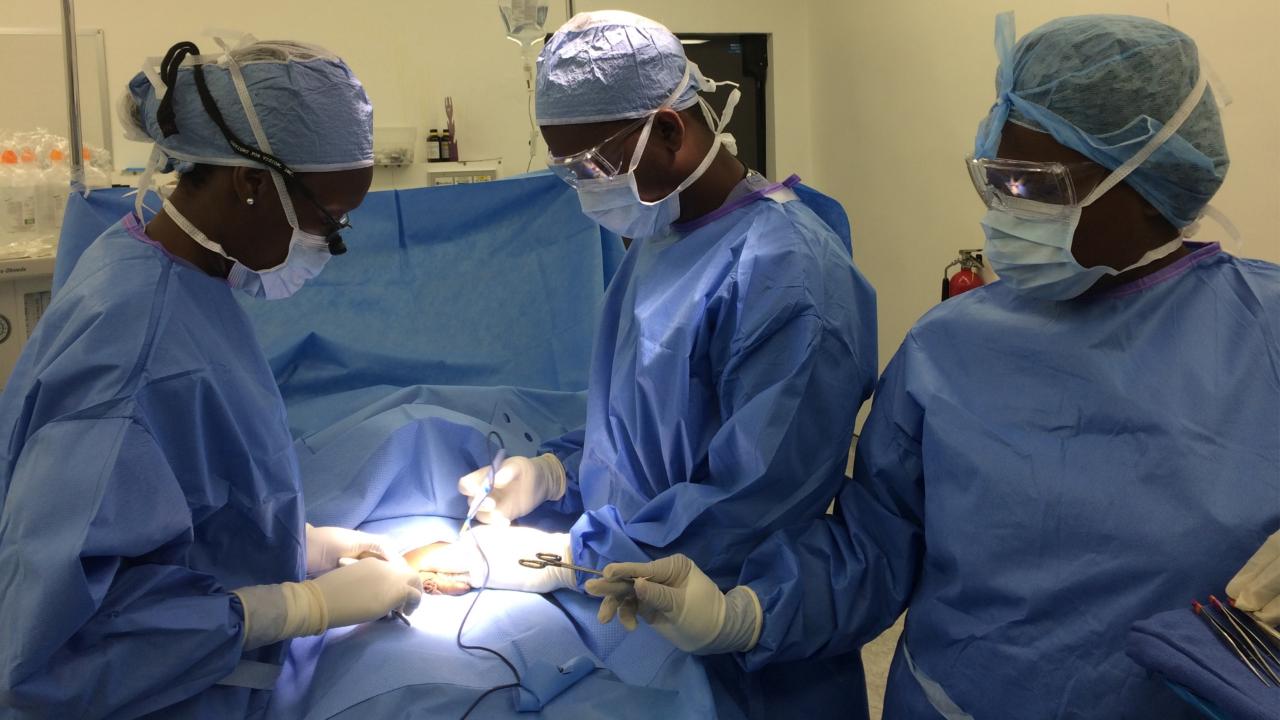 A study led by researchers at RCSI’s Department of Chemistry has the potential to help surgeons more accurately remove tumors and detect cancer in lymph nodes during surgery. The research, led by RCSI Professor of Chemistry Donal O’Shea, has been published in Chemical Science. Bringing together expertise in chemistry and biotechnology, the research team has identified the potential benefit of fluorescence imaging as a way of detecting cancer cells during surgery, developing a probe that lights up when it detects cancer.

According to Professor O’Shea; “This is a very significant development which has the potential to transform the surgical management of cancer; improving outcomes for patients. Almost 60% of all cancer patients will undergo surgery as part of their treatment.” “A new technology that could improve surgical outcomes by giving the surgical team real-time; informative images during the surgical procedure would have a wide-ranging and sustained impact on the care of cancer patients.”

Addressing the next steps, Professor O’Shea said: At the moment, this is science. A clinical trial is our next goal and that would allow the full potential of this discovery to be realized for patients; enhancing detection of life-threatening diseases and improving outcomes of surgical procedures.” The team has recently secured funding for a project on colorectal cancer diagnosis and treatment under the Project Ireland 2040 Disruptive Technology Innovation Fund in collaboration with leading cancer surgeon Professor Ronan Cahill in the Mater University Hospital; UCD and Dublin based industry partners IBM-research and Deciphex.

The project will look at combining tissues responsive probes, artificial intelligence and machine learning to transform medical care for colorectal cancer patients. Intraoperative fluorescence imaging to guide surgical resections in real-time has huge untapped potential. Advantages lie in its ease of use; enhanced safety profile over radiolabelling and the ability to acquire image data in real-time during surgical procedures.

Currently indocyanine green (ICG) is the sole clinically approve near infrared red (NIR) fluorophore. Clinical uses include vascularisation assessments during reconstructive and bowel anastomoses surgeries and lymph node mapping in digestive tract, cervical and breast tissues. Due to its non-specificity and very short in vivo half-life; its use as an agent to demarcate tumour boundaries for surgical resection is limited to hepatocellular carcinoma of the liver.

As a result, new classes of NIR-fluorophore have recently emerged; several of which are bio-conjugated to enhance their affinity for specific cancer types. However, a remaining complexity for in vivo fluorescence imaging using molecular fluorophores exists. Following intravenous administration, fluorophore distributes to all vascularised regions within seconds, resulting in a strong non-specific fluorescence.