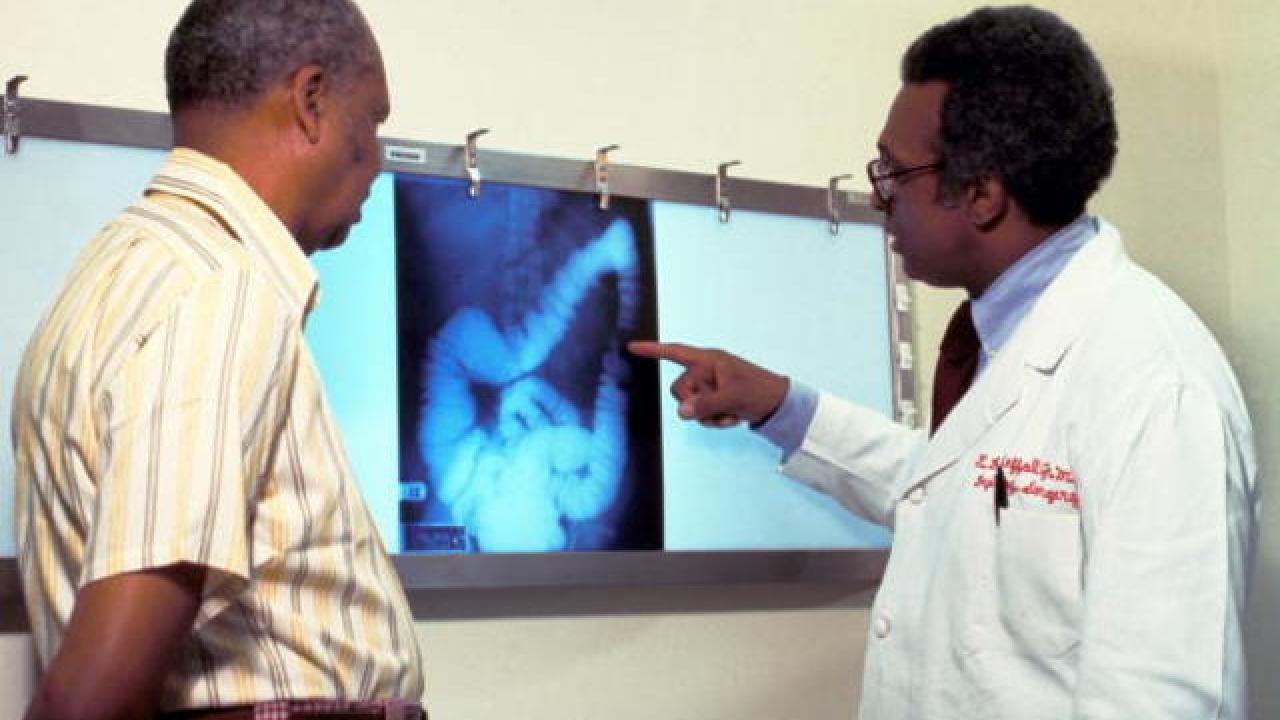 The study find that the Obama’s signature healthcare law saw a mark increase in colorectal cancer screening; a new study said Wednesday. Colorectal cancer is the third most common cancer diagnosed excluding skin cancers; but according to the American Cancer Society; and its rates have been growing among younger people in recent years for reasons that are unclear. Colorectal cancer, also called colon cancer or large bowel cancer; therefore includes cancerous growths in the colon, rectum and appendix.

With 655,000 deaths worldwide per year, it is the third most common form of cancer and the second leading cause of cancer-related death in the Western world. Many colorectal cancers are think to arise from adenomatous polyps in the colon. These mushroom-shaped growths are usually benign; but some may develop into cancer over time.

The majority of the time; the diagnosis of localized colon cancer is through colonoscopy. Therapy is usually through surgery, which in many cases is follow by chemotherapy. Because Colon cancer is a type of cancer that begins in the large intestine (colon). The colon is the final part of the digestive tract.

Colon cancer typically affects older adults, though it can happen at any age. It usually begins as small, noncancerous (benign) clumps of cells called polyps that form on the inside of the colon. Over time some of these polyps can become colon cancers. Polyps may be small and produce few, if any, symptoms. For this reason, doctors recommend regular screening tests to help prevent colon cancer by identifying and removing polyps before they turn into cancer

The paper, which appeared in the American Journal of Preventative Medicine; estimated that if so-call non-expansion states had experience the same increase in screening that is record in early adopter states, an additional 355,184 people would have been cover. The Affordable Care Act (ACA), also knows as “Obamacare,” is enact in 2010 and provided federal support for states to expand Medicaid insurance coverage to low-income adults.

Five states and the District of Columbia were very early adopters and expand Medicaid eligibility in 2010-2011. An additional 21 expanded their programs in 2014; five more between 2015 and 2016, while 19 chose not to expand their coverage. Lead researcher Stacey Fedewa at the American Cancer Society examine screening patterns among low-income adults in all states using a telephone survey supervised by the Centers for Disease Control and Prevention (CDC) in 2012, 2014 and 2016.

They found that between 2012 and 2016, but the proportion of low-income adults aged 50 to 64 who were up-to-date with screening grew by 8.8% points in very early adopters against 3.8% points in non-expansion states. “Health insurance is a strong predictor of cancer screening, and the uninsured and those with lower socioeconomic status are more likely to be diagnose at late stage and die from screen-detectable cancers, including colorectal cancer,” said Fedewa.