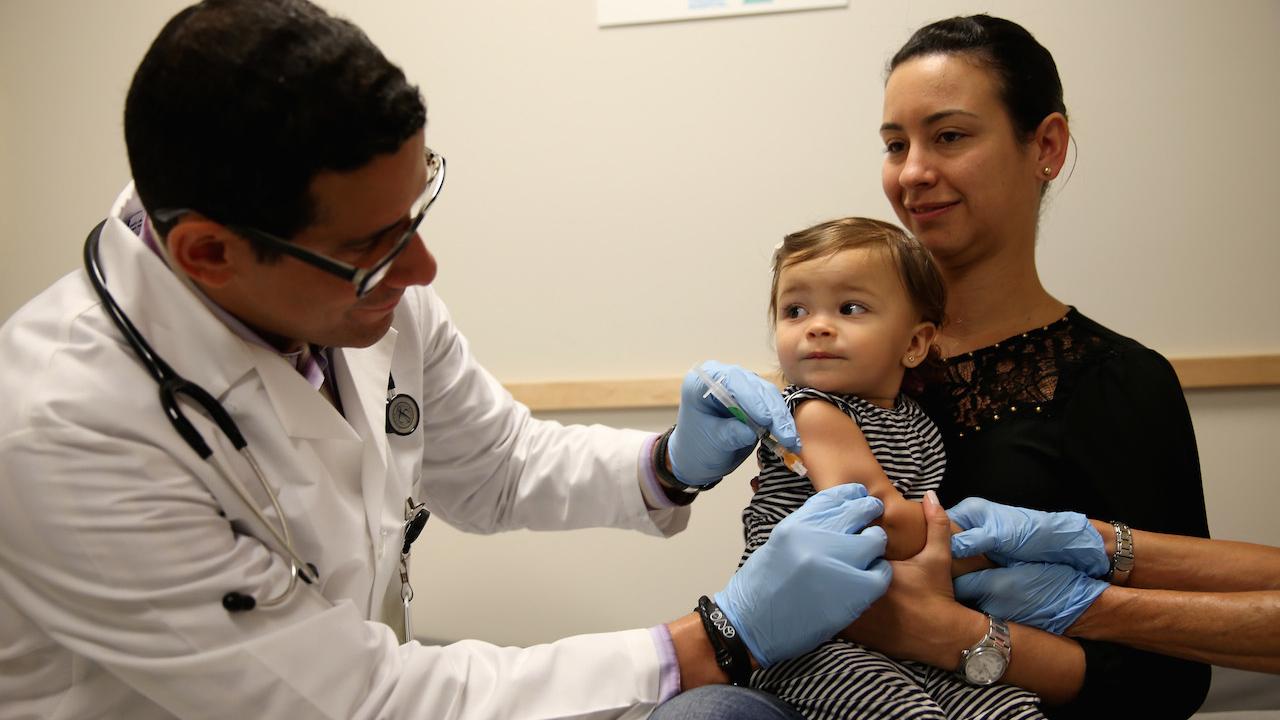 Measles is a highly contagious viral disease. It remains an important cause of death among young children globally, despite the availability of a safe and effective vaccine. Under the Global Vaccine Action Plan, measles and rubella are targeted for elimination in five WHO Regions by 2020. WHO is the lead technical agency responsible for coordination of immunization and surveillance activities supporting all countries to achieve this goal.
Measles is transmitted via droplets from the nose, mouth or throat of infected persons. Initial symptoms, which usually appear 10–12 days after infection, include high fever, a runny nose, bloodshot eyes, and tiny white spots on the inside of the mouth. Several days later, a rash develops, starting on the face and upper neck and gradually spreading downwards.
Fear and conspiracy theories about vaccinating children have reached a peak worldwide. This has resulted in a number of global outbreaks of vaccine-preventable diseases in first world countries. The situation has worsened to the extent that the World Health Organization (WHO) has declared anti-vaccination stances as one of the top ten global health threats of 2019.

Italian health officials have taken a step towards stopping the wave of anti-vaccination campaigns. Parents who have not had their children vaccinated against measles and other diseases could soon either have to pay hefty fines or see their children banned from school. The new “Lorenzin law” is aimed at reducing measles outbreaks caused the inadequate vaccination of children. The law came into force across the nation.

Under this law, all children below the age of 6 years could be turned away from the pre-schools if they have not been adequately vaccinated against common infections such as measles, chicken pox, mumps, polio and rubella or German measles. Children aged between 6 and 16 years cannot be banned from school but their parents may have to pay fines up to if their children are not vaccinated. Health Minister Giulia Grillo in a stamen said, “Everyone has had time to catch up.”

“No vaccine, no school”

So, after the notorious study by Dr. Andrew Wakefield that linked measles vaccine to autism, there has been rise in anti-vaccination sentiments among parents. The study has long since discredited; but the confidence on vaccines has damaged to a great extent. Italy has a target of 95 percent vaccine coverage, as recommended by the WHO. At present, this target has the achievement (it is currently around 80 percent); said health officials.

However, there have been 165 measles cases in the EU and last year; there were 78 cases of vaccine-preventable infections; say reports. The mandatory vaccination law; opposed by the Five Star; that formed Italy’s first coalition with the League but; ultimately upheld. Since yesterday, it has come into being. It has name after the former health minister Beatrice Lorenzin who had first introduced it. Ms Grillo said the rules were now simple, “No vaccine, no school.”