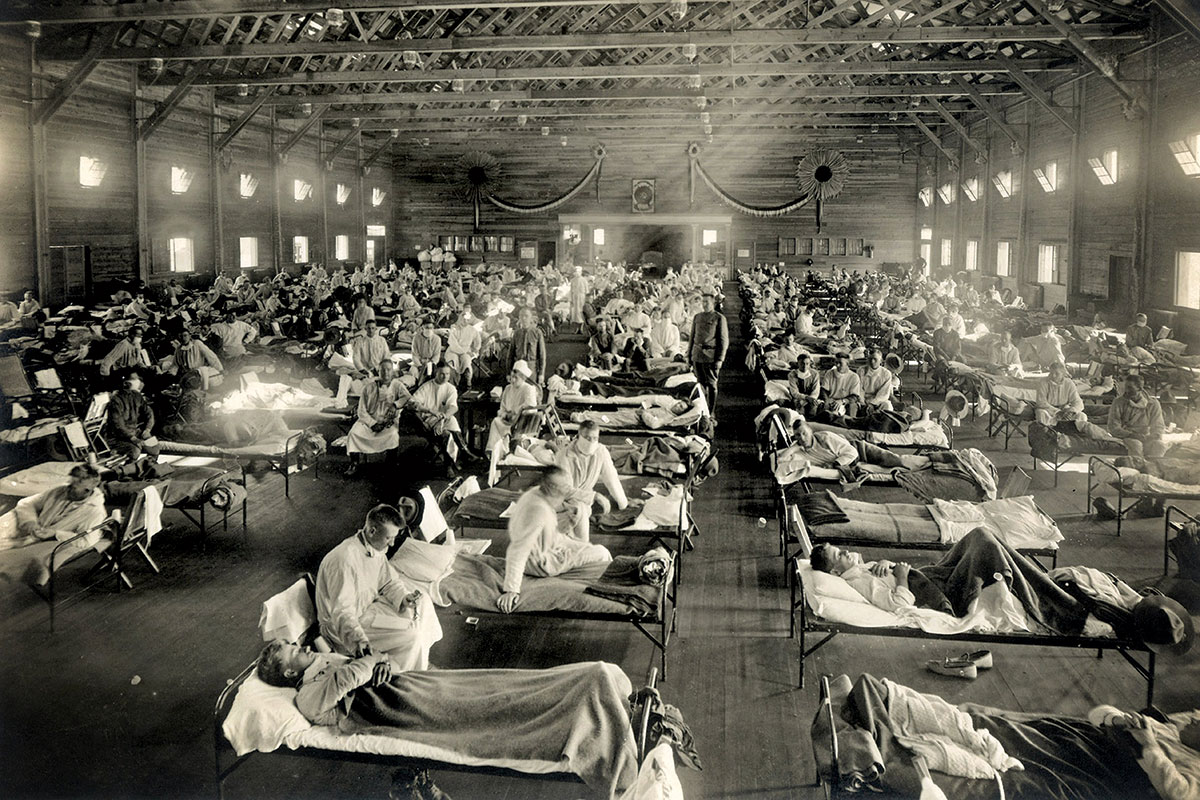 Curious then that for the first 50 years after the Spanish flu swept around the globe, killing about 50-100m people, no one – least of all historians – gave it much thought, concentrating instead on the far more compelling story of the Great War. Indeed, in 1924 the Encyclopedia Britannica didn't even mention the pandemic in its review of the "most eventful years" of the 20th century.

This neglect of the "Spanish influenza" – so-called because Spain was one of the few countries in 1918 to report the spreading illness – extended to the public sphere, hence the marked absence of memorials to the nurses and civilians, most of them young adults, who perished in the three waves of infection.

Why this should have been the case puzzled commentators at the time. "Never since the Black Death has such a plague swept over the face of the world … [and] never, perhaps, has a plague been more stoically accepted," commented The Times in December 1918, at the height of the deadly second wave of the pandemic.

Major Greenwood, who co-wrote Britain's official report on the pandemic, was similarly perplexed, remarking in 1935 that "there is some psychological interest in the fact … that actually the emotional impression created [by the influenza pandemic] was fainter than that produced by much less grave epidemiological happenings".

One obvious reason was the way that the pandemic was overshadowed by World War I. The second wave of the pandemic coincided with the Allied assault on Cambrai in October 1918 and the collapse of the Hindenburg Line. Then in mid-November, just as flu deaths were peaking, came the armistice. The result was that many families buried their dead to the sounds of bells and hooters as people flocked to the streets to celebrate the peace.

Another was that at the time people had little appreciation of the scale of the mortality (in 1927, epidemiologists estimated the global death toll at just 21m). But perhaps the most important reason is that, unlike the soldiers who gave their lives for king and country, the flu dead did not readily lend themselves to narratives of nationalism and sacrifice. Instead, they became the forgotten fallen.

Crosby was also the first to argue that the pandemic had had a significant impact on history by sickening the US president, Woodrow Wilson, at a critical juncture of the Versailles peace negotiations in Paris in April 1919. The result was that the American delegation acceded to French president George Clemenceau's demands that the Germans pay harsh reparations, sowing the seeds, claimed Crosby, for the rise of Nazism and the second great conflict of the 20th century.

However, Crosby's book made little impact until 1989 when, in the wake of the AIDS pandemic, his publishers reissued it under the new title of America's Forgotten Pandemic. The sobriquet struck a chord, prompting historians from other countries to pen similar accounts recalling the impact of the "forgotten pandemic" on Britain, Australia, New Zealand, Canada and Spain.

Today, the Spanish flu is anything but forgotten. On the contrary, the interest in the 1918-19 pandemic is so great that one prominent medical historian, better known for his writings on the Black Death, has taken to referring to the Spanish flu as "the Great One". It would be hard to imagine a clearer admission that the 1918 pandemic's time is now.