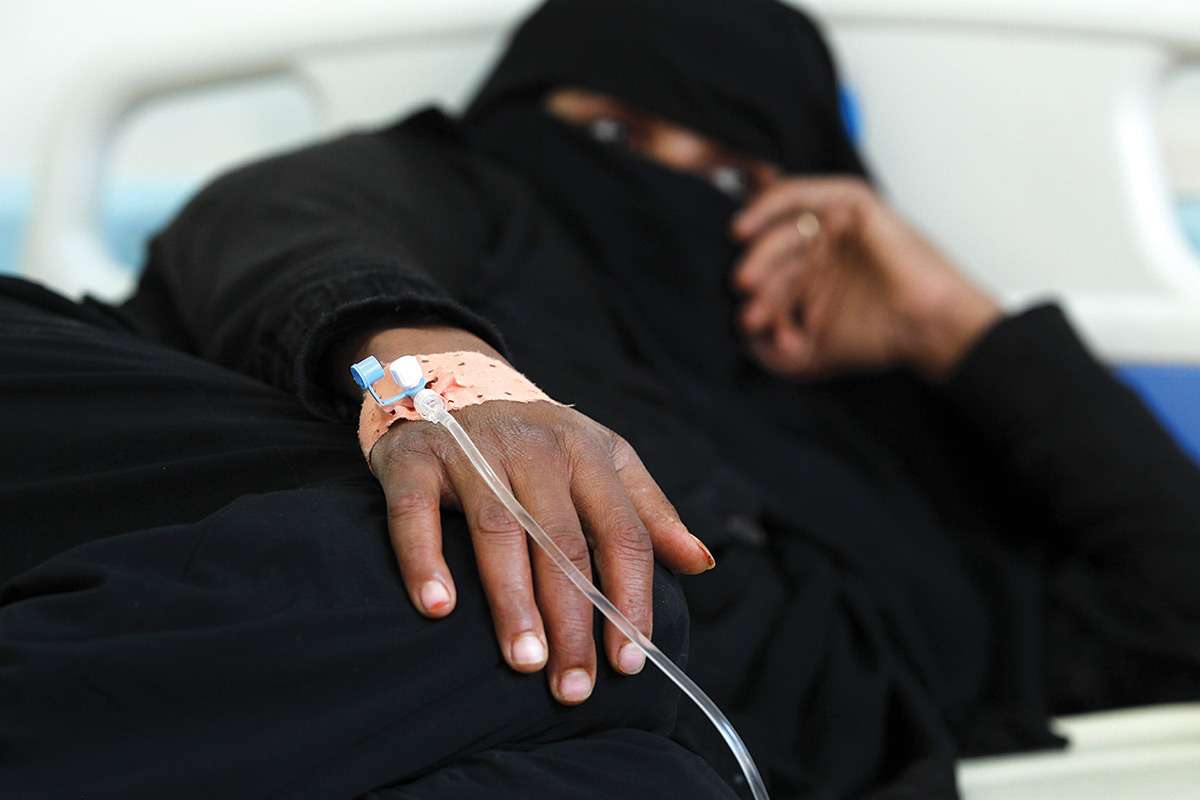 The results, published in  Nature  show that genomic data and technologies can enable researchers to estimate the risk of future cholera outbreaks in regions like the Yemen and ultimately be used to better target interventions.

Yemen is facing the worst epidemic of cholera since records began. The disease has affected over 1 million people and caused almost 2,500 deaths. The United Nations estimates that 16 million of the 29 million people in Yemen lack access to safe water and basic sanitation.

The population in Yemen has experienced two outbreaks of cholera; the first occurred between September 2016 and April 2017, and the second began later in April 2017 and has resulted in more than 1 million suspected cases.

To understand the nature of the strain of bacteria behind these devastating cholera outbreaks, researchers from the Wellcome Sanger Institute, Institut Pasteur and their collaborators sequenced the genomes of Vibrio cholerae from cholera samples collected in Yemen and nearby regions.

The team sequenced 42 V. cholerae samples from both Yemen outbreaks. To do this samples were collected in Yemen and from Yemeni refugee center on the Saudi Arabia-Yemen border, along with 74 other cholera samples from South Asia, the Middle East and Eastern and Central Africa.

Researchers compared these genomic sequences to a global collection of over 1000 cholera samples from the current and ongoing pandemic, known as the seventh cholera pandemic, which began in the 1960s and is caused by a single lineage of V. cholerae, called 7PET.

Scientists discovered that the cholera strain causing the Yemen epidemic is related to a strain first seen in 2012 in South Asia that has spread globally, but the Yemeni strain did not arrive directly from South Asia or the Middle East. This particular cholera strain was circulating and causing outbreaks in Eastern Africa between 2013 and 2014, prior to appearing in Yemen in 2016.

Professor Nick Thomson said: "Genomics enabled us to discover that the strain of cholera behind the devastating and ongoing epidemic in Yemen is likely linked to the migration of people from Eastern Africa into Yemen Knowing how cholera moves globally gives us the opportunity to better prepare for future outbreaks This information can help inform strategies for more targeted interventions with the ultimate aim of reducing the impact of future epidemics."

Dr. François-Xavier Weill said: "Genomic analysis continues to show its power to provide a high resolution, detailed view of the bacterium that causes cholera, Vibrio cholerae, which is critical to tackling this devastating disease."

"Like the other major outbreaks around the world, we discovered that the atypical strain of bacteria behind the Yemeni cholera epidemic is linked to the single lineage called 7PET, which is responsible for the current and ongoing global pandemic. us to focus our research and direct interventions towards this particular lineage of Vibrio cholerae to greater effect. "

Dr Daryl Domman, a visiting scientist at the Wellcome Sanger Institute, now based at the Los Alamos National Laboratory in the United States, said: "Surprisingly, we discovered the cholera strain causing the Yemen outbreaks is less resistant to antibiotics than related strains. strain causing the Yemeni cholera epidemic has deleted four genes responsible for resistance to clinically relevant antibiotics, making itself more vulnerable to treatment. "

Dr Marie-Laure Quilici, a scientist in the Institut Pasteur's Enteric Bacterial Pathogens Unit and Head of the National Reference Center for Vibrios and Cholera, said: "This study illustrates the key role of genomic microbial surveillance and cross-border collaborations in understanding global cholera spread All countries need to be aware of this and act accordingly if they are to achieve the targets set by WHO's Global Task Force on Cholera Control, which aims to reduce the cholera death toll by 90% by the year 2030. "