Measles Outbreaks Are Back 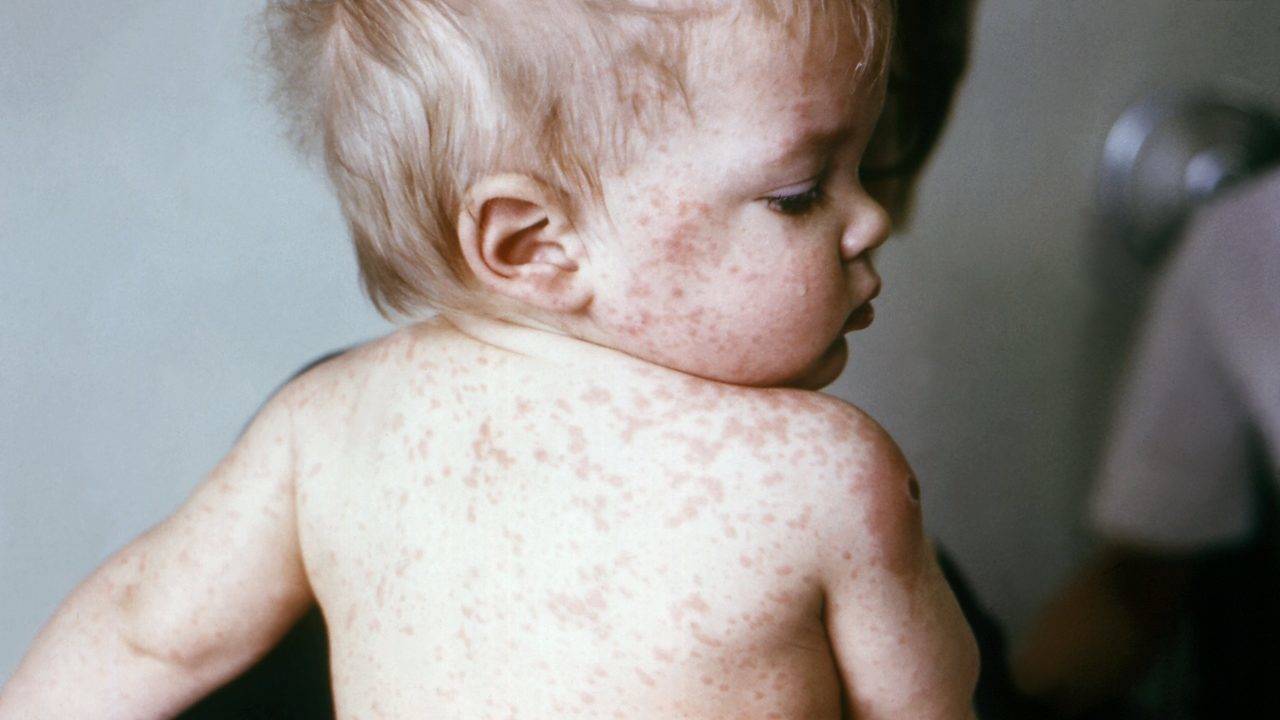 In 2000, the United States declared that measles had been eliminated from the country. According to the Centers for Disease Control and Prevention, that means measles is no longer endemic—or constantly present—and there has been no continuous disease transmission for 12 months or more. Now the highly infectious disease is receiving national attention as outbreaks spread throughout the Pacific Northwest and to eastern parts of the country.
There have been more than 35 confirmed measles cases in Washington since the beginning of the year, prompting the state’s health officials to declare a state of emergency. Given measles’ growing footprint, VCU News interviewed Michelle Doll, M.D., VCU Health epidemiologist in the Division of Infectious Diseases, about what measles looks like, what you can do to prevent contracting it, and what to do if you do get it.

Measles is a viral illness that is extremely contagious and carries high rates of complications. But it is effectively prevented by vaccination. It’s a disease that is both global and ancient. It is thought to have circulated worldwide for at least the past 2,000 years. Prior to widespread vaccine availability, it spared no country from periodic epidemics every few years. The disease is uncommon in the United States due to high vaccination rates, but is more common in other countries where vaccination rates are lower.

Initial symptoms in patients with measles are very nonspecific, which means symptoms would be similar to other viral respiratory infections. For example, we clinicians look for the three C’s: cough, coryza (runny nose) and conjunctivitis. Another early sign of measles is the appearance of tiny, pale bumps surrounded by some redness called Koplik spots in the back of the mouth. They look like grains of sand.

Finally, a red, spotty rash will appear around the time the person is most contagious. This rash is quite unusual as it starts on the top of the head on the face, and works its way down the trunk of the body and out to the extremities. Measles is one of the only diseases whose rash pattern is like this. In fact, in my student medical textbooks, the measles rash was represented by images of people with red paint being poured over their heads to give us a dramatic reminder of this unusual feature.

How does measles spread?

Measles is one of the most highly contagious infectious diseases that exists. It is an infection control nightmare. This virus can spread in multiple ways, including airborne transmission. This means that a person can become infected just by sharing the same air in a room where a person with measles is, or was recently, sitting. The outbreaks that we see in the U.S. has received trigger by a returning traveler who may have exposition to the virus in countries where it circulates more routinely.

Once back home, people susceptible to the virus—either because they have no vaccination or have immune system issues—are able to be infected and spread the virus to others in the community. It’s important to note that the imported cases are epidemiologically linked to returning travelers who are by and far United States residents, and to date generally not from persons who are in the process of immigration or migration.

Anyone who suspects they have measles should immediately consult their physician via phone for further instructions. Depending on their risk factors—things like vaccination status, travel history, or the status of an outbreak in their community—the physician may bring them in for evaluation or contact the health department. Measles treatment is supportive, meaning there is no specific therapy for the measles virus itself.

How can you prevent contracting it?

Measles cases frequently result in complications such as pneumonia and meningitis or encephalitis; and as I mentioned; there is not specific treatment for the disease. Therefore, prevention is critical. The measles vaccination is included in the [measles, mumps and rubella] vaccine; that children are to receive at 12 to 15 months old; and again at 4 to 6 years old. Because it is a live vaccine—meaning it contains a weakened version of the virus—there are some people who cannot get it.
For those who we refer to as “immunosuppressed;” there is a risk that even the weakened virus could cause them a problem; so the recommendation is for some specific conditions or immune problems. Anyone with an incomplete vaccination record can get the vaccine even after childhood; and the CDC recommends that anyone who is thinking of travel abroad; should make sure their measles vaccinations are up to date.

Why have there been so many measles outbreaks?

Prevention of measles is both an individual and a community endeavor. The outbreaks are due to the number of susceptible hosts the virus can infect in the community. A small portion of the population will inevitably be susceptible to measles virus. Those could include people using immunosuppressive therapies for other treatments and conditions; or children who have not been fully vaccinated yet.
As a community, if enough of us has vaccination against measles; we protect not only ourselves but also our vulnerable neighbors. If enough persons opt out of vaccination however; it allows enough holes in vaccine coverage that the virus will be able to find and spread to susceptible hosts. In the field of infectious diseases and public health; we have enormous respect for measles. Vaccination is critical to personal protection; infection control and protection of our communities from this truly terrible disease.