In Africa: Earlier Emergence of Malaria 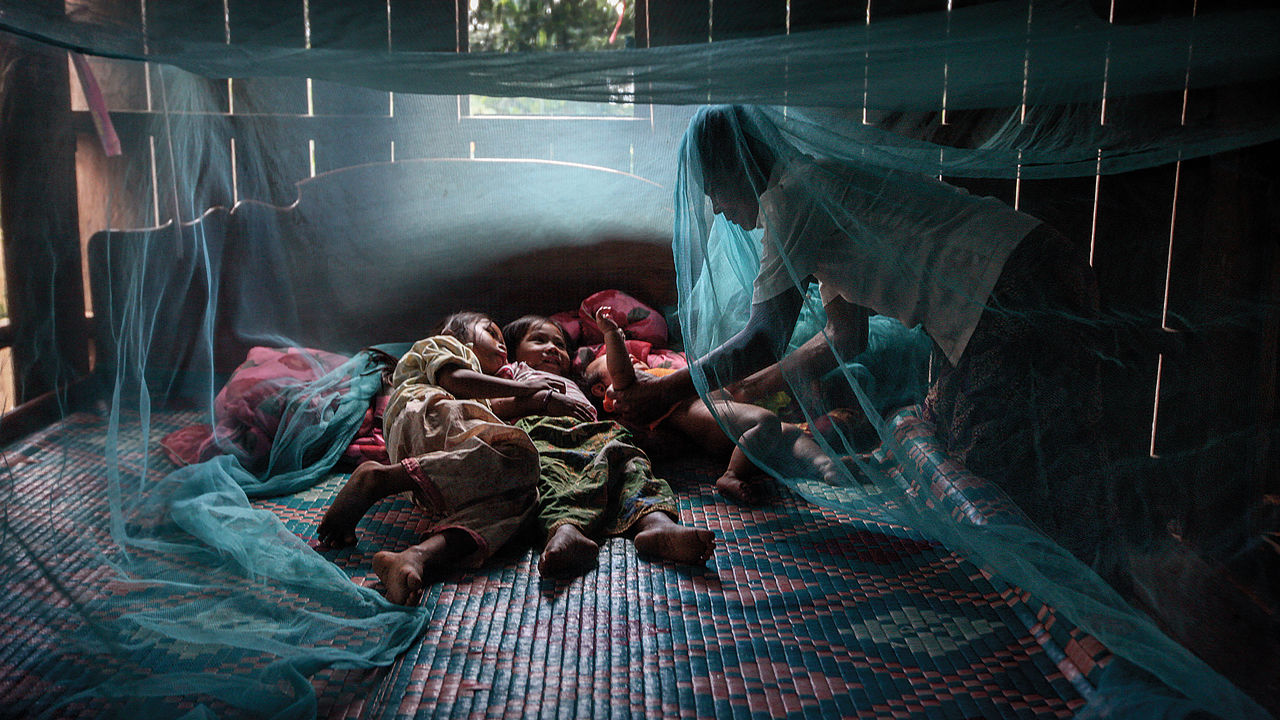 Malaria, which claims hundreds of thousands of lives each year; mainly children and especially in Africa; is one of the leading causes of death by an infectious agent; the Plasmodium falciparum parasite. In research on malaria; the genetic mutation that causes sickle cell anemia (also known as drepanocytosis); a chronic disease that is often fatal in children under five; caught the attention of the scientific community very early on because; it also provides protection against malaria.

After carrying out extensive research into the βS mutation; by performing full sequencing of the HBB gene; together with a large-scale genomic study on 479 individuals from 13 populations from Sub-Saharan Africa; scientists from the Institut Pasteur and the CNRS were able to reveal that; malaria emerged in Africa at least 20,000 years ago; and not at the same time as the adoption of agriculture 4,000 to 5,000 years ago. The findings are published in the American Journal of Human Genetics.

Individuals carrying the βS mutation in the HBB gene who do not develop sickle-cell anemia; healthy carriers; demonstrate increased resistance to malaria infection. This evolutionary paradox; first revealed in the early 1950s; a mutation that is by definition harmful but promotes the survival of some individuals; means that βS; seen both as an emblematic example of natural selection in humans; and above all as an ideal marker for malaria research; since the date of emergence of βS corresponds with the minimum date for the emergence of malaria.

Research carried out in recent decades suggests that; the date of emergence of βS; and therefore also malaria; coincides with the dates on which agriculture is known to have been adopted as the main means of livelihood in Central Africa around 4,000 to 5,000 years ago. The scientific community had long accepted the existence of a causal link; between the emergence of agriculture and the spread of malaria in Africa. But nothing was known about the history of malaria in African populations; that did not adopt agriculture.

Drawing on new genetic data obtained by scientists from the Human Evolutionary Genetics Unit at the Institut Pasteur; a study carried out by Institut Pasteur and CNRS scientists Guillaume Laval and Lluis Quintana-Murci; in close collaboration with the Max Planck Institute in Leipzig; Germany, and the IRD; has cast doubt on the role of agriculture in the emergence of malaria in Africa.

Malaria was rife well before

The results of this collaborative scientific research; based on a novel formalization of the specific natural selection method generally accepted in the case of βS show that this mutation emerged around 20,000 years ago. These new findings therefore indicate that malaria was rife well before the adoption of agriculture — contradicting widely held interpretations. The research also shows that the βS mutation emerged more recently; approximately 4,000 years ago; in hunter-gatherer populations.
Changes in the equatorial forest during this period — most likely because of an episode of climate change and/or a period of increased deforestation owing to the emergence of agriculture, are thought to have facilitated the spread of malaria among pygmy populations. “We show that the βS mutation; which provides resistance to malaria; may have been spread by agricultural populations who came into contact with these populations of hunter-gatherers during the Bantu migration, when farming communities crossed the equatorial forest and set out on the major migratory routes to the eastern and southern regions of Sub-Saharan Africa,” comments Guillaume Laval.

“These results shed new light on a little-known chapter in the history of malaria and demonstrate the beneficial effects of admixture for some aspects of public health, such as the spread of mutations conferring resistance to various pathogens among human populations,” adds Lluis Quintana-Murci, joint last author of the paper in conclusion.