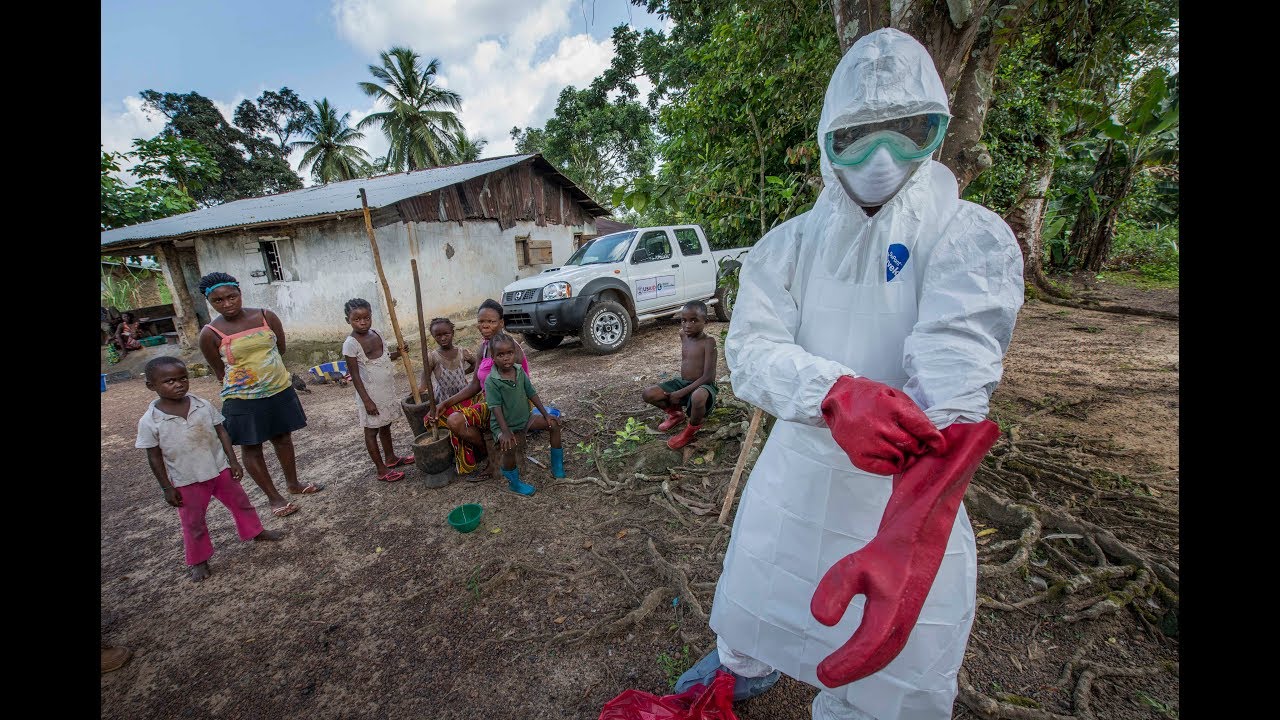 Ebola virus disease (EVD); also known as Ebola hemorrhagic fever (EHF) or simply Ebola; is a viral hemorrhagic fever of humans; and other primates caused by ebola viruses. Signs and symptoms typically start between two days and three weeks; after contracting the virus with a fever, sore throat, muscular pain, and headaches. Vomiting, diarrhea and rash usually follow; along with decreased function of the liver and kidneys. At this time; some people begin to bleed both internally and externally.
The disease has a high risk of death; killing between 25 and 90 percent of those infected; with an average of about 50 percent. This is often due to low blood pressure from fluid loss; and typically follows six to sixteen days after symptoms appear. The virus spreads through direct contact with body fluids, such as blood from infected humans or other animals. Spread may also occur from contact with items recently contaminated with bodily fluids. Spread of the disease through the air between primates, including humans, has not been documented in either laboratory or natural conditions.

Semen or breast milk of a person after recovery from EVD may carry the virus for several weeks to months. Fruit bats are believed to be the normal carrier in nature, able to spread the virus without being affected by it. Other diseases such as malaria, cholera, typhoid fever, meningitis and other viral hemorrhagic fevers may resemble EVD. Blood samples are tested for viral RNA, viral antibodies or for the virus itself to confirm the diagnosis. The number of cases in a nearly eight-month-old epidemic of Ebola in eastern DR Congo now exceeds 1,000, almost two-thirds of whom have died, the health ministry said.

“The accumulated number of cases is 1,009,” of which 629 cases were fatal, it said. The outbreak was first; recorded in North Kivu province on August 1; and then spread to neighbouring Ituri province. So, its toll is the second deadliest in the history of Ebola, after an epidemic in Guinea, Liberia and Sierra Leone in 2014-6 that claimed 11,308 lives, according to the website of the US Centers for Disease Control and Prevention (CDC). Ebola virus disease was first discovered in 1974 in a village near the Democratic Republic of Congo’s Ebola River, which gave the disease its name. Efforts to contain the latest outbreak, the 10th in the DRC’s history, have been hampered by poor security in the highly unstable east, which teems with militia groups.