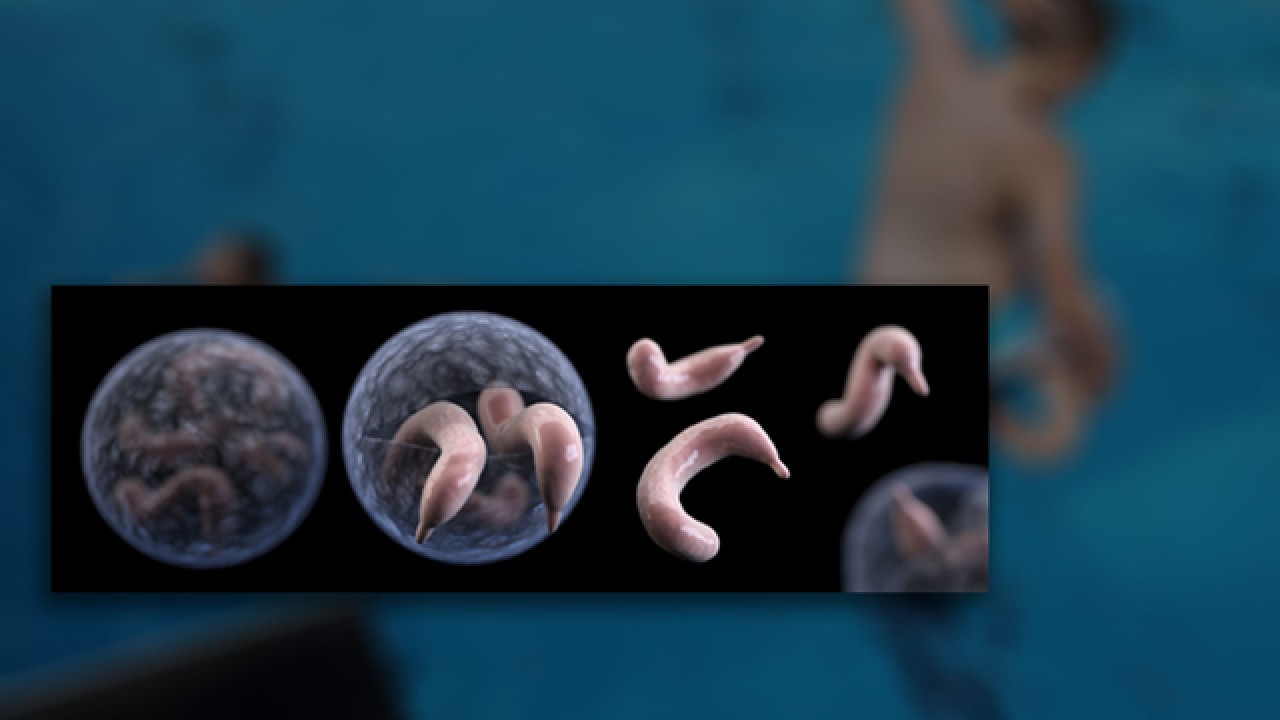 Cryptosporidium is a genus of apicomplexan parasitic alveolates that can cause a respiratory and gastrointestinal illness (cryptosporidiosis) that primarily involves watery diarrhea (intestinal cryptosporidiosis) with or without a persistent cough (respiratory cryptosporidiosis) in both immunocompetent and immunodeficient humans. Treatment of gastrointestinal infection in humans involves fluid rehydration, electrolyte replacement, and management of any pain.
As of January 2015, nitazoxanide is the only drug approved for the treatment of cryptosporidiosis in immunocompetent hosts. Supplemental zinc may improve symptoms, particularly in recurrent or persistent infections or in others at risk for zinc deficiency. Cryptosporidium oocysts are 4–6 µm in diameter and exhibit partial acid-fast staining. They must be differentiated from other partially acid-fast organisms including Cyclospora cayetanensis.

When consumed in contaminated water, the microscopic parasite Cryptosporidium can cause symptoms of stomach cramps, diarrhea and fever. Now, researchers reporting in the ACS journal Environmental Science & Technology have detected evidence of the parasite in about 40 percent of surveyed wells in public water systems in Minnesota — even wells not influenced by surface water. The team emphasizes that they don’t know whether the parasite levels are high enough to actually cause health concerns.

Most Cryptosporidium outbreaks associated with drinking water sources have been traced to surface waters such as lakes and rivers that become contaminated by sewage discharge or livestock runoff. In contrast, water from aquifers deep within the ground was not thought to be as vulnerable because the overlying soil and sediments can filter out Cryptosporidium oocysts.

So, the prevalence and levels of contamination were similar; regardless of whether groundwater; influenced by surface water. These results suggest that soil may not completely prevent Cryptosporidium oocysts; from reaching groundwater, and therefore; “monitoring and treatment measures should be; considered; for groundwater-supplied public water systems;” the researchers say. The new findings also indicate that additional work; needed to better understand; how the Cryptosporidiumgot into deep groundwater wells and to characterize potential health threats.