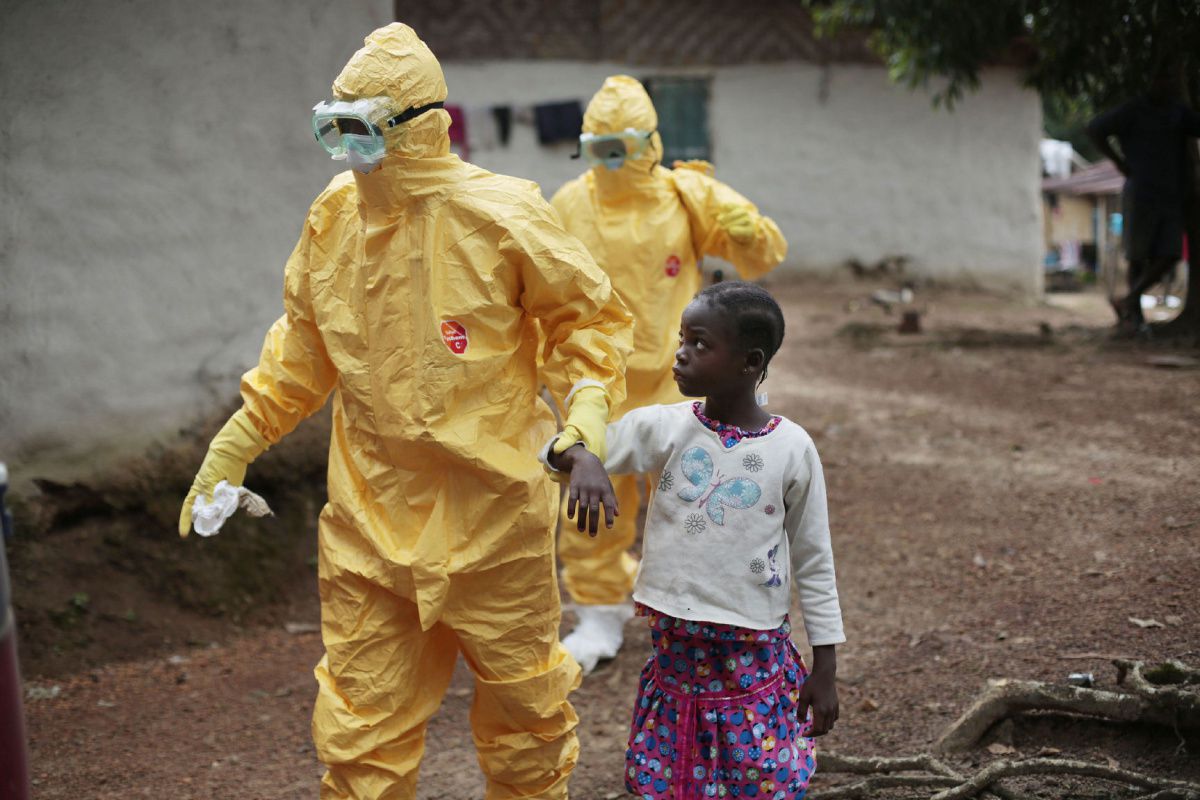 The outbreak of the deadly Ebola in the Democratic Republic of Congo has spread outside the province of North Kivu according to a statement made by the country’s health ministry. With this the viral infection has reached an active conflict zone and this may mean that it could spread wider now.

Congo has been fighting an Ebola outbreak for the past few months. In the northwest of the country the outbreak was declared a week before. In the present outbreak at North Kivu, 41 people have already succumbed to the disease. These two outbreaks separated by around 2,500 kilometers are not linked said the ministry.

As a response to this latest development, the ministry has sent out experts to Ituri province at the borders of North Kivu. In that province a man had died earlier after having contracted the disease from the town of Mangina in North Kivu. Mangina is being considered as the epicentre of the outbreak.

Yesterday five new cases were confirmed at both the provinces. The total number of cases as of now is 30 confirmed Ebola and 27 possible cases of Ebola according to the statement made by the ministry.

Combat over the mineral deposits

This latest outbreak is in the middle of a war zone where several rebel groups are engaged in combat over the mineral deposits of the region and ethnic rights etc. This region is also near Ugandan and Rwandan borders where trade activities are thick.

North Kivu is also one of the most densely populated regions of Congo with around 8 million population. This makes the region high risk and possibility of spread of the infection far and wide high.

According to World Health Organization’s director-general, Tedros Adhanom Ghebreyesus, who visited the region last week, “All of those participating in the response must be able to move freely and safely in conflict areas to do the work that is needed to bring the outbreak under control.”

As a response Jessica Ilunga, spokeswoman for Congo’s health ministry has assured that safeguards have been placed to protect the health officials who are dealing with this crisis. This is the first time that an outbreak of Ebola has occurred in a combat zone and experts fear its outcome.

In this region, the health officials are also beginning the use of experimental mAb114 Ebola-treatment drug on patients at a center in Mangina. This latest monoclonal antibody-based experimental drug has been developed in the U.S. by the National Institutes of Health.

The drug was approved for human use earlier in July during the Ebola outbreak in the northwest Congo. Due to lack of patients it could not be used at the time.

During that time an experimental Ebola vaccine developed by Merck & Co. Was administered to over 3,300 individuals who were in contact with the Ebola cases. The outbreak saw a death of 33 individuals. The vaccine is being used now at North Kivu as well with thousands being actively vaccinated against the infection.