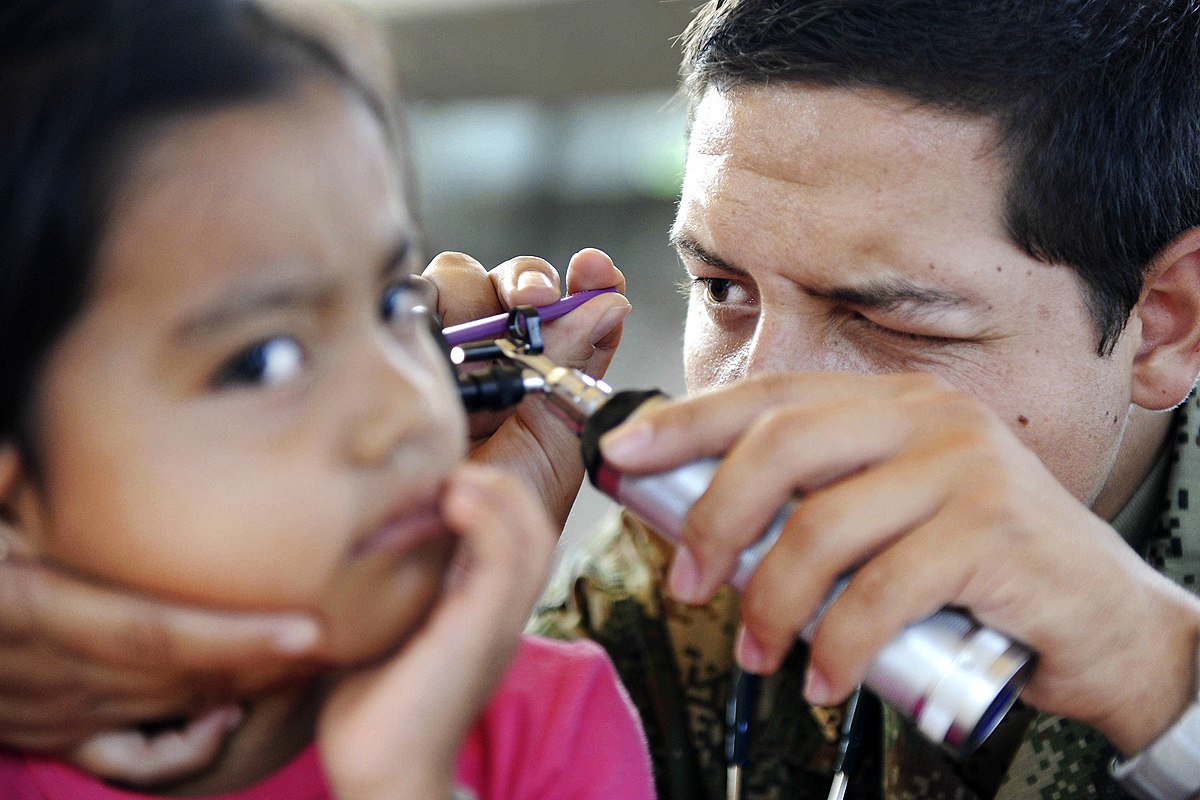 Allergic rhinitis (AR) is an IgE-mediated type 1 hypersensitivity reaction of nasal mucosa in response to an antigenic substance (allergen). It is a common disorder among children. In Nigeria, the prevalence of AR among children with asthma was 39.2%.

No study has reported the prevalence of AR in the general pediatric age group in the country. Many factors may predispose already genetically predisposed individuals to AR, including family history of allergy, overcrowding, dusty environment, air-conditioned rooms, and so on. Recent evidence suggested that the disorder is relatively more common among children of affluent parents who live in purportedly hygienic environments.

The symptomatology of AR includes clear mucoid nasal discharge, itching, bouts of sneezing, and nasal obstruction, which are reversible either spontaneously or following the use of antiallergic medications. These symptoms are precipitated by exposure to allergens, with hypersensitivity to multiple antigens more common than hypersensitivity to a single antigen.

The allergic inflammation of nasal mucosa readily spreads to involve contiguous and distant organs, such as the eustachian tube, middle ear, and upper and lower airways.

AR has a strong association with asthma, atopic dermatitis, conjunctivitis, nasal polyps, and sleep disorder. It can also cause a dysfunctional eustachian tube with resultant otitis media with effusion (OME).

The burden of AR is significant and includes loss of school, absence from work, and economic loss. Furthermore, the presence of OME in a child may affect his or her hearing,14,15 thereby causing delayed speech and language development as well as the poor academic performance at school.

It may also affect one’s social interaction with peers in the environment because of difficulty in communication. Many children have been wrongly labeled stubborn and abused, especially when they failed to carry out instructions.

Some developmental sequelae of OME, particularly deficits in reading ability, can persist into late childhood and the early teens.16 It is therefore important to promptly identify children with AR with OME and manage their cases to reduce the burden of hearing loss.

Therefore, the aim of this study was to determine the prevalence of OME among children with AR and describe the different patterns of tympanograms seen among children in Ibadan, Nigeria.

The prevalence of OME in this study was 45.3%. Three tympanometric patterns as described by Jerger were seen, but the abnormal patterns (types B and C) were more common for children with AR than the healthy pediatric population.

Medical practitioners should be aware of the possible association of AR with OME and hence incorporate routine tympanometric evaluation into the management protocol for children with AR to detect and treat OME early.