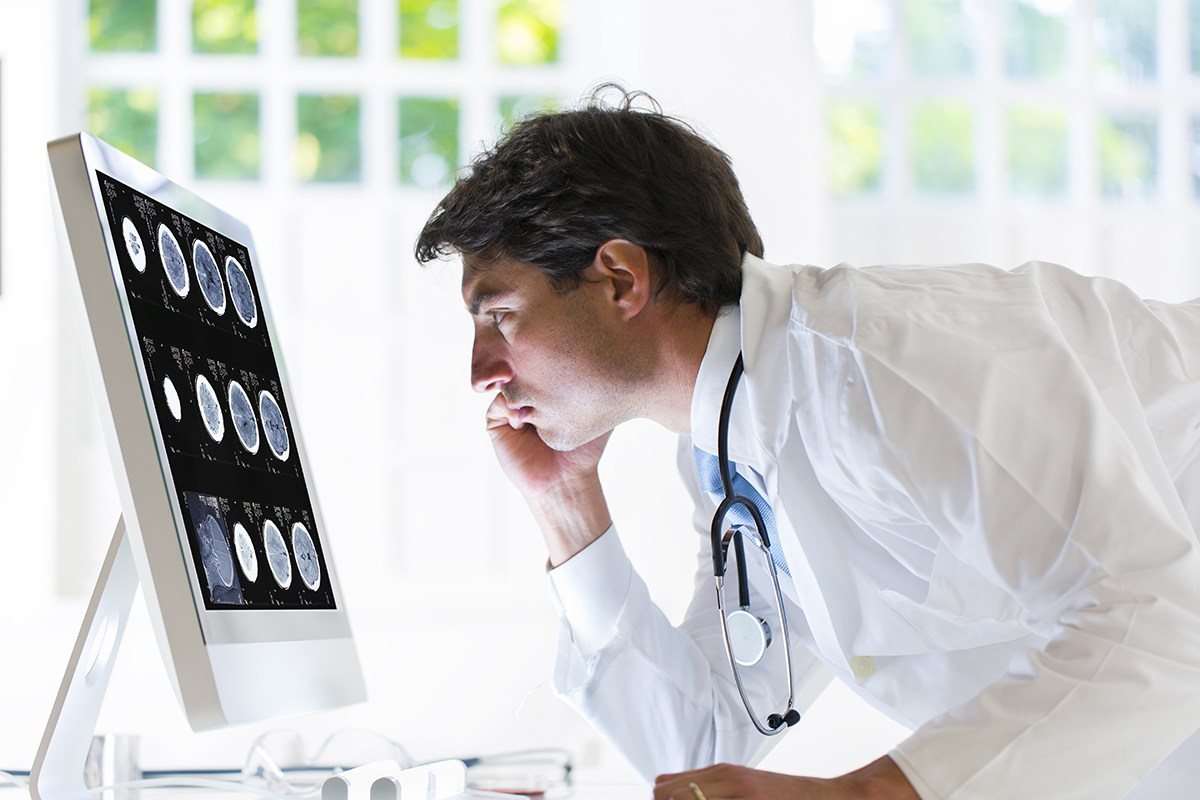 Cancer of the esophagus claims more than 400,000 lives around the world each year. With no efficient, reliable method of screening for the disease, by the time symptoms become apparent, it's often too late to save the patient. A Johns Hopkins researcher who has devoted his career to the detection and prevention of esophageal cancer today published a paper in the journal Clinical Cancer Research that he says could finally result in simple and inexpensive screening for the deadly disease.

In the article, gastroenterologist Stephen Meltzer describes a test – the "EsophaCap" – that uses specific genetic biomarkers to detect dangerous changes in the cells that line the inside of the esophagus. The principle behind the EsophaCap is simple, says Meltzer. The patient swallows a small capsule that has a long string attached to it. After the capsule makes its way down the esophagus and into the stomach, the gelatin coating on the capsule begins to dissolve.

From that capsule emerges a 2-centimeter polyurethane sponge, still attached to the string, much of which still hangs from the patient's mouth. The screener gently pulls the string and the sponge begins its return journey, out of the stomach, into the esophagus and, finally, out of the patient's mouth. As it makes its way up, the sponge comes into contact with the entire length and breadth of the esophagus, collecting genetic material all along the way.

Then, as the sponge nears the top, the screener gives a final gentle tug, popping the sponge past the organ's upper sphincter muscle. The sponge emerges loaded with genetic material that holds the key to the patient's esophageal health. The sponge is then sent to a company that performs simple genetic tests on the material to determine the patient's risk for esophageal cancer.

"Early detection is the whole ballgame when it comes to esophageal cancer," Meltzer says. "Patients have a much better chance to treat it – or even prevent it – if they know their risk. We believe this little sponge can bring easy and inexpensive screening to people around the world."

p16, NELL1, AKAP12 and TAC1 have yielded a sensitivity

The gene combination of p16, NELL1, AKAP12 and TAC1 has yielded a sensitivity of nearly 92 percent and has offered reliable diagnoses. Medicine has never had routine screening methods for the disease. Both endoscopy and biopsy are less-than-ideal, since they're inexact, expensive and rely on random tissue samples, rather than material from the whole esophagus lining.

"It's actually possible to miss early cancerous cells using endoscopy with biopsy and most patients with Barrett's don't ever undergo endoscopy," says Meltzer. "Right now, we're confident that we have the tools to identify this type of cancer. But we previously lacked a way to collect enough genetic material to confidently determine a patient's diagnosis. We believe that EsophaCap now provides a solution to this serious problem."

In the journal article, Meltzer reports that of the patients able to swallow the capsule, nearly half would be diagnosed with Barrett's esophagus – a rate far higher than that of the general U.S. population. He notes that most patients enrolled in the study were being treated for gastrointestinal symptoms. "That may explain why we saw a rate of Barrett's esophagus that was higher than in the general population," he says.