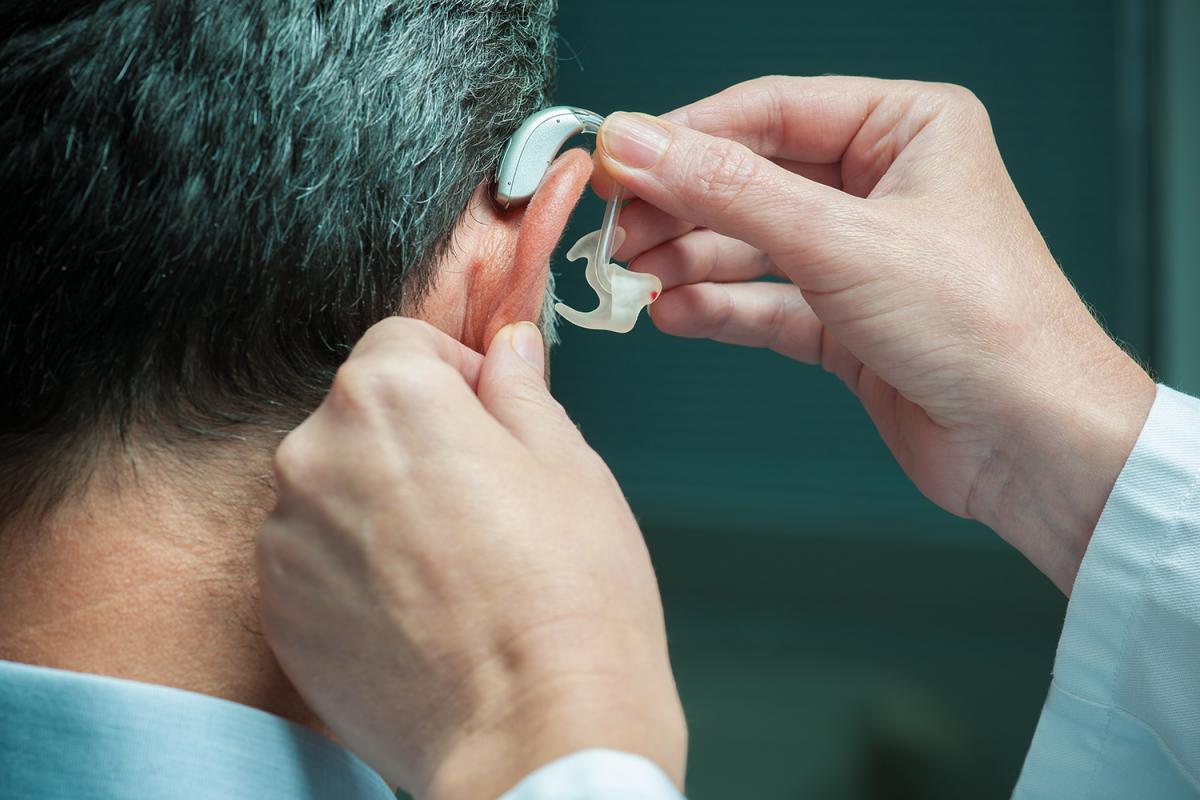 Findings from a Western-led study into the biggest concerns faced by musicians with hearing loss should strike a chord with educators and conductors and result in new ways to lead ensembles, researchers explained.

While musical performance would be expected to top their list of concerns, musicians with hearing loss said they struggled most with tuning into the conductor's instructions during rehearsals, as well as interacting with colleagues during social time.

"We were intrigued to see what was the most prevalent response they failed to hear the conductor's instructions and they did not feel they could meaningfully participate," said study co-author Jonathan Vaisberg, who is working towards a combined degree in Audiology and a doctorate in Hearing-aid Research.

The study, A Qualitative Study of the Effects of Hearing Loss and Hearing Aid Use on Music Perception in Performing Musicians, was recently published in the Journal of the American Academy of Audiology.

Researchers studied members of the New Horizons Band, a Western ensemble made up of experienced, but non-professional, instrumentalists. Some study participants were also recruited through the National Centre for Audiology, based at Western.

For the study, researchers interviewed 49 musicians with hearing loss, including detailed interviews with 12 who ranged in age from 55-83 and wore hearing aids. Band participation requires musical understanding, skills, and auditory awareness, the study notes. Hearing loss can make it difficult to listen for a melody line, tune the instrument or tune as a section.

Interestingly, Music Education professor Cathy Benedict, a study co-author, explained, being able to hear other sections of instruments, the melody, or even the person playing next to them did not emerge as a need.

Instead, some said they did not experience any issues in perceiving the music itself only in hearing the conductor's instructions during rehearsals. At the same time, some participants noted hearing aids have limitations that may make music quality, balance, dynamics or fidelity an issue. To address those, some admitted to playing occasionally without their hearing aids, even during concerts.

Benedict, Director of Research at the Don Wright Faculty of Music, said the results have implications for how music instruction takes place and how conductors can shift the power dynamics of an ensemble.

The findings may prompt educators and conductors to become more aware of music participants' priorities. They may also encourage conductors to adapt their directing style, by taking a more egalitarian approach to leadership, by facing the section they are speaking to when giving instructions, and by having social gatherings in acoustically friendly environments.

But Benedict says that's unsurprising, given the dominant role conductors play during rehearsals in many bands. "We would ask, 'Are you worried about turning up to the person next to you?' and they would say, 'Well, yes, but that's not my main concern right now.' "

Vaisberg said the research was limited in that it included only active musicians with hearing loss; it did not survey those who might have been so affected by hearing loss or so disappointed with hearing-aid sound quality that they became frustrated and left the ensemble.

Nor did the researchers examine whether professional musicians, for whom performance is not just part of their lives but their livelihood, might have similar priorities if they had hearing loss.

The collaboration came about when Benedict and Vaisberg found themselves sitting at the table during a conference of the Western research initiative, Music Learning Across the Lifespan, and decided their separate specialties could mesh.