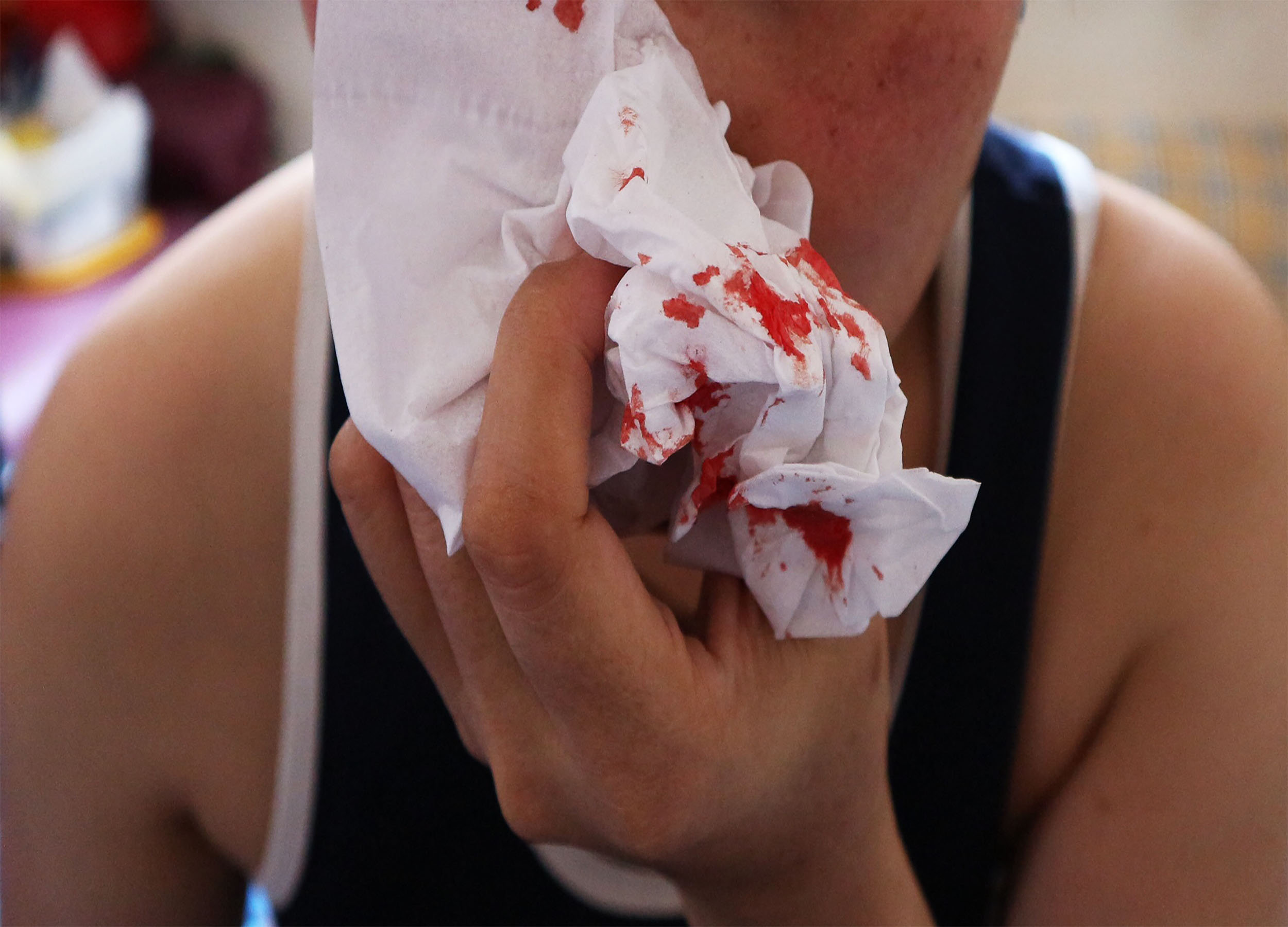 Nosebleeds, or epistaxes, are often a mystery to the 60% of us who have had at least one in our lifetime. Suddenly, and without obvious cause, bright red blood starts streaming from one nostril. Usually, they're not something to worry about, but why we get them is not always clear.

The nose is very prone to bleeding. This is because of the important role it plays in warming and humidifying the air we breathe. Large numbers of small blood vessels lie just under a thin layer of skin, as a heat exchange mechanism for air going to the lungs.

Some things can cause those vessels to rupture and the nose to bleed. A blow to the face may lead to a nosebleed, with or without a fractured nose.

Nasal infections and dryness are known to increase the frequency of bleeds. In one study, people who got nose bleeds were seven times more likely to have staphylococcal bacteria in their nose than their peers who didn't get nosebleeds.ng this worse. One study from the United States showed 40% more attendances to the emergency department for nosebleeds in winter, while nosebleeds in parts of Africa are higher.

Very hot or cold weather may increase the likelihood of nosebleeds, with low levels of humidity making the hot, dry season. Depending on the location of the ruptured blood vessels, the bleed is classified as anterior. The blood from an anterior bleed will predominantly flow out of the nostrils, while with a posterior bleed, much of the blood will end up in the throat to be spat up or swallowed.

Nosebleeds are common in young children, where it is usually mild and from the front of the nose. A study of children presenting to a US emergency department showed the majority had stopped bleeding before the doctor assessed them. Of the small number who required treatment, 93% settled easily with simple treatments, such as pressure to the front of the nose.

Bleeding due to thinning blood medication, or sometimes as a side effect of nasal steroid sprays, are becoming more common. Bleeding from the back of the nose, while less common overall, is more likely to occur in older people. It's also likely to be more difficult to control and may continue for many hours.

If the bleeding is severe, persists for more than 30 minutes, or is caused by a blow to the head or side effects of medication, see a doctor. Doctors will use various methods to apply pressure directly to the site of the bleeding.

These include packing the nose with a long thread of ribbon gauze material soaked in medication to constrict blood vessels or the use of balloon catheters. If you have recurrent minor bleeds, try nasal decongestant sprays or nasal lubricants such as petroleum jelly (Vaseline).

The other approach is to seal the bleeding vessels with the chemical. But cauterization is painful, and a systematic review of treatments showed it's no more effective than antibiotic cream or petroleum jelly. Simple nosebleeds can usually be managed with simple treatments. If severe or recurrent then a search for the underlying cause.