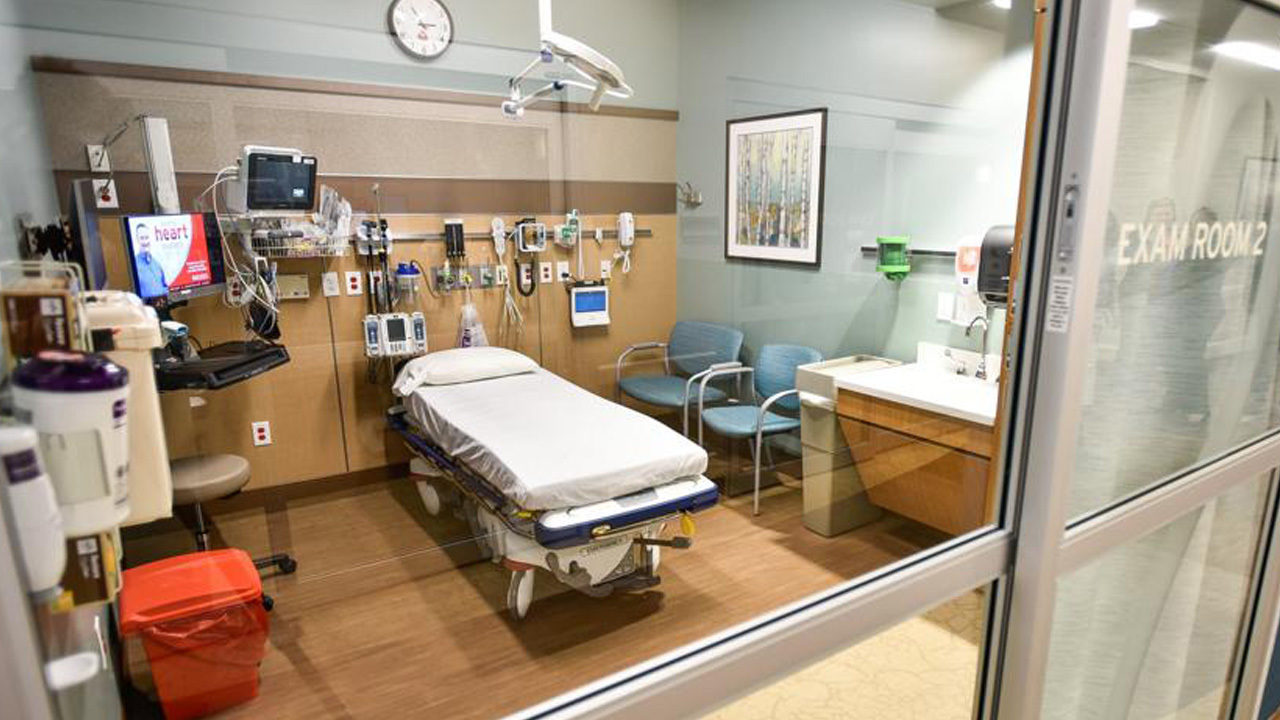 Researcher Seaside’s Fred Loser remembers when things were so quiet at Providence Seaside Hospital that they would send doctors home for lack of business. “When I came here in 1990 and ’91, there were days when there was nobody here. With a full staff, they’d send people home to save expenses. Now look at it you can’t even get in the door.” In the last 30 years since the hospital’s last emergency room remodel those numbers have explode.

Today, emergency room manager Cherie Echelbarger said the emergency room sees about 10,000 patients a year, or about 25 or 30 a day; so much more on holidays and seasonally. Don Lemmon, chief executive of Providence Seaside, and Kimberly Ward, executive director of the Providence Hospital foundation, welcome supporters, staff; also community members to a “peek behind the curtain” of project renderings.

“Transforming our emergency services is going to be really monumental here at Providence; also the care they are able to provide the people who use our services here,” Lemmon said. As he spoke, the pounding of hammers and buzz of power tools could be heard from work underway in the project’s phase one. The project began in August 2017 when the foundation and community partners determine there was support and capacity to move forward.

In December 2017, the foundation board launched the beyond 911 to expand emergency care at Providence Seaside Hospital, to raise $1.5 million toward a $5 million rebuild. The campaign was successful by December 2018 and announce at the Festival of Trees gala. On Thursday, Josh Kolberg of PKA Architects describe the process of drawing and redrawing plans before construction. The new waiting area will have “nice big windows,” new furniture and specialty ceilings, Kolberg said.

The reception area will serve as an after-hours entrance, with a security room, nine treatment rooms and triage space; which including an airborne infection isolation room. Two rooms are designed as “enhance patient safety rooms” for patients describe as difficult or needing special care. Two of the rooms will be double occupancy. The department is now in phase one of construction, building out the triage room, reception area; which security office, waiting space and a portion of the nurse’s station.

When phase one is complete in November, the primary activities of the emergency room department will move into that space; also they’ll starting building out phase two, Kolberg said. Phase three includes completion of a treatment room. Completion of all three phases is expect mid-June 2020. Duane Mullins, general manager of Medix Ambulance; said the add rooms will provide needed treatment areas. “The access doesn’t change,” Mullins said. “We back into the same door. People get seen when it’s really busy and it’s more ‘really busy’ than it used to be.”