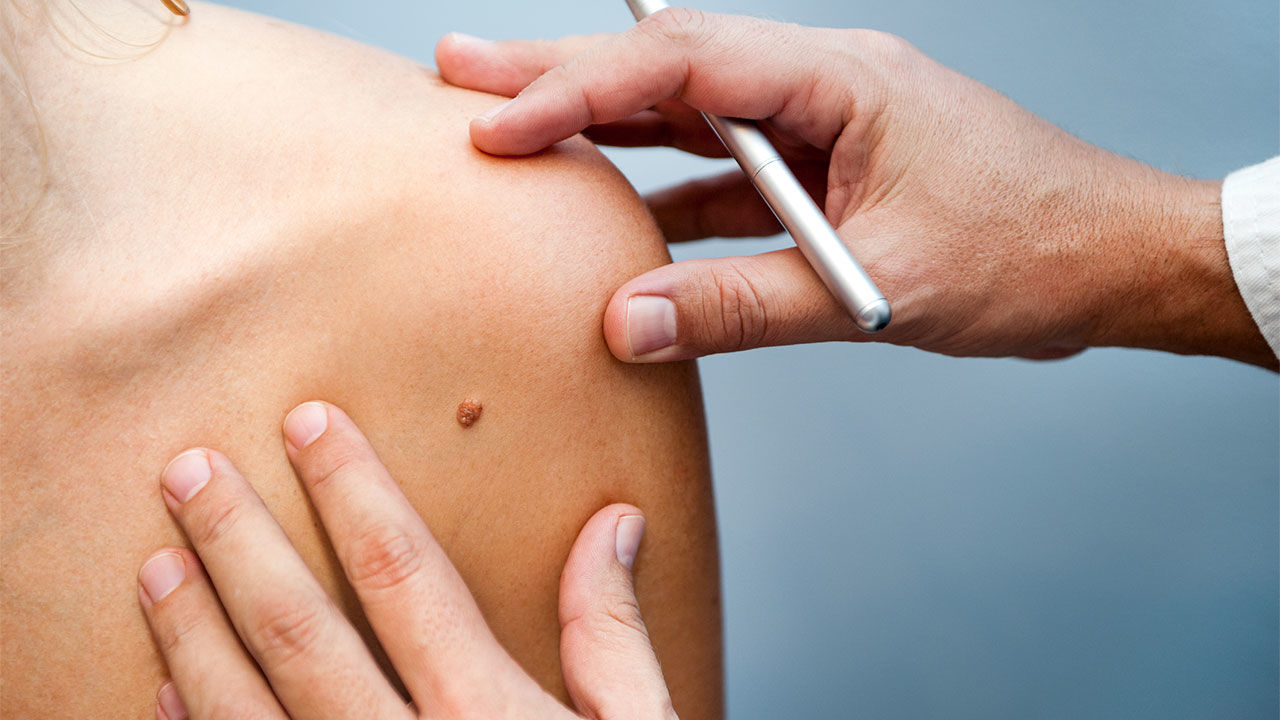 People with benign hyper pigmentation (the darkening or increase in the natural color of the skin), are willing to pay (WTP) nearly 14% of their monthly income and approximately 90 minutes a day to cure their condition. The study involved 85 adults with skin hyper pigmentation who were surveyed on the number of hours per day they would be willing to give up as well as how much money they were willing to spend to potentially be cured of a condition.

Benign tumor is a mass of cells (tumor) that lacks the ability to invade neighboring tissue or metastasize. These do not spread into, or invade, nearby tissues; however, they can sometimes be quite large. When removed, benign tumors usually do not grow back, whereas malignant tumors sometimes do.

Unlike most benign tumors elsewhere in the body, benign brain tumors can be life threatening. Benign tumors generally have a slower growth rate than malignant tumors and the tumor cells are usually more differentiated (cells have normal features). They are typically surrounded by an outer surface (fibrous sheath of connective tissue) or remain with the epithelium. Common examples of benign tumors include moles and uterine fibroids.

Our findings highlight the substantial effect that benign hyper pigmentation has on quality of life as measure by the amount of time and money patients are willing to give up to rid themselves of disease,” explain corresponding author Neelam Vashi, MD, assistant professor of dermatology at Boston University School of Medicine and director of the Boston University Cosmetic and Laser Center at Boston Medical Center.

Hyper pigmentation disorders comprise a large group of benign skin conditions and their prevalence may vary with race and ethnicity. Despite often being consider a cosmetic condition, Vashi has show in her previous research; so that this common clinical complaint has show to negatively impact quality of life; also psychosocial well being of patients; hence especially when facial skin is involve.

According to the researchers these findings suggest that disease burden was overall severe in patients with hyper pigmentation disorders, and measuring WTP and TTO may be useful in determining the daily impact of disease and treatment preferences. We found that the WTP for a curative treatment was greater than that previously observe among patients with other skin diseases such as rosacea and vitiligo.

This may suggest that hyper pigmentation disorders; which have a greater impact on daily life or that patients expect to pay more out of pocket; so for conditions that are often consider cosmetic. The researchers point out that although the study is limit by sample size and design; so the information collect on WTP preferences allow physicians to gauge; so the impact of hyper pigmentation disorders on patients’ lives and may be useful to guide therapeutic decisions.