Blisters Not Required to Diagnose Pemphigoid 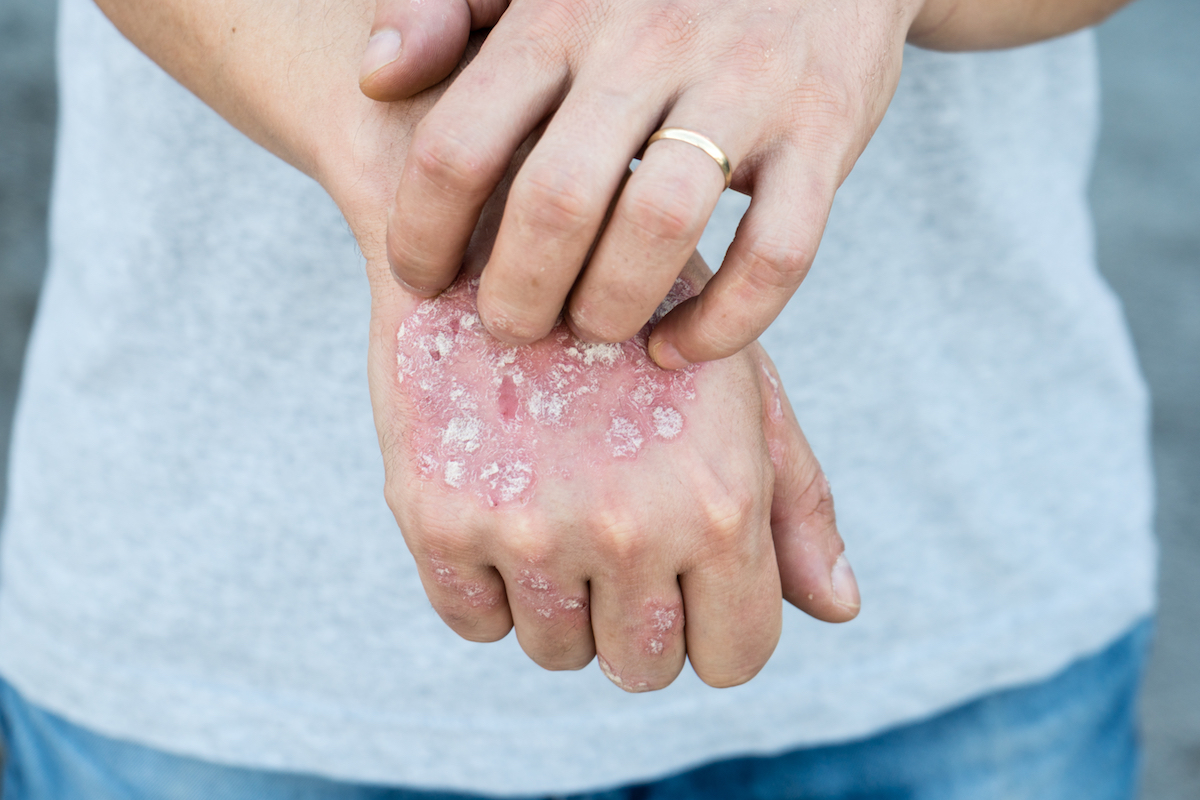 The presence of blisters is not required to make the diagnosis of pemphigoid, according to a new study of this common cutaneous autoimmune disease. “The patients with nonbullous pemphigoid often have complaints of chronic itch and could be misdiagnosed as eczema, with a potential long delay until the diagnosis of pemphigoid is made,” said Dr. Joost Meijer of University Medical Center Groningen, in the Netherlands.
“This recently recognized nonbullous disease variant contradicts the clinical image of the bullous disease that physicians have,” said Dr. Meijer. The findings were published online January 9 in JAMA Dermatology, along with two other studies on pemphigoid. Minimal diagnostic criteria for pemphigoid have not yet been established, Dr. Meijer and colleagues note.
And the more than 20% of patients with pemphigoid who do not present with typical skin blistering; may often be misdiagnosed or overlooked, they add. The team used data from the Groningen Center for Blistering Diseases to evaluate the diagnostic accuracy of direct immunofluorescence (DIF) microscopy on a skin biopsy specimen and various serologic tests in a retrospective study of 1,125 patients with suspected bullous or nonbullous pemphigoid.

DIF detected IgG deposition alone in 19.8% of specimens, IgG and C3c in 44.6% of specimens; IgG and IgA in 6.6% of specimens and deposition of all three in 20.5% of specimens. Among immunoserological tests, indirect immunofluorescence on a human salt-split skin substrate (IIF SSS); proved most sensitive (77.0%) and specific (99.9%), with a positive predictive value of 99.6%.

Performing the widely used BP180 NC16A ELISA had no additional value for the initial diagnosis of pemphigoid; and showed a high number of false-positives in this cohort. In multivariable analysis, the presence of skin blisters had the highest predictive factor in diagnosing the disease, while increasing age showed a smaller incremental link with pemphigoid above age 60. Pruritus was often a reason to suspect the disease, but did not independently predict the diagnosis.

The researchers propose minimal diagnostic criteria for pemphigoid to include at least two positive results out of the following:
1) Pruritus and/or predominant cutaneous blisters;
2) Linear IgG and/or C3c deposits (in an n-serrated pattern) by DIF on a skin biopsy specimen; and
3) Positive epidermal side staining by IIF SSS on a serum sample.

“We aimed to establish diagnostic criteria for the disease for the first time, including the complete spectrum of patients with bullous and nonbullous pemphigoid,” Dr. Meijer said. “We provide evidence that the diagnosis of pemphigoid can be based on a blood sample, which is a great step forward in the diagnosis of it.”

However, features associated with mucosal involvement included younger age, more extensive disease, less peripheral eosinophilia and treatment with higher doses of corticosteroids. But about one in six patients with mucosal involvement tended to develop it in association with the intake of dipeptidyl peptidase-4 (DPP-4) inhibitors. This is the subject of the third paper, by Dr. Dong Hyun Kim and colleagues from Bundang CHA Medical Center, CHA University School of Medicine, in Seongnam, South Korea.
However, in multivariate analysis, the odds of having it was 58% higher in patients with diabetes; who were prescribing a DPP-4 inhibitor than in patients not prescribed a DPP-4 inhibitor. In subgroup analyses, the risk of developing it in association with taking DPP-4 inhibitors with similar among patients younger and older than 75 years, but the association between DPP-4 inhibitor use and it was evident only among men.