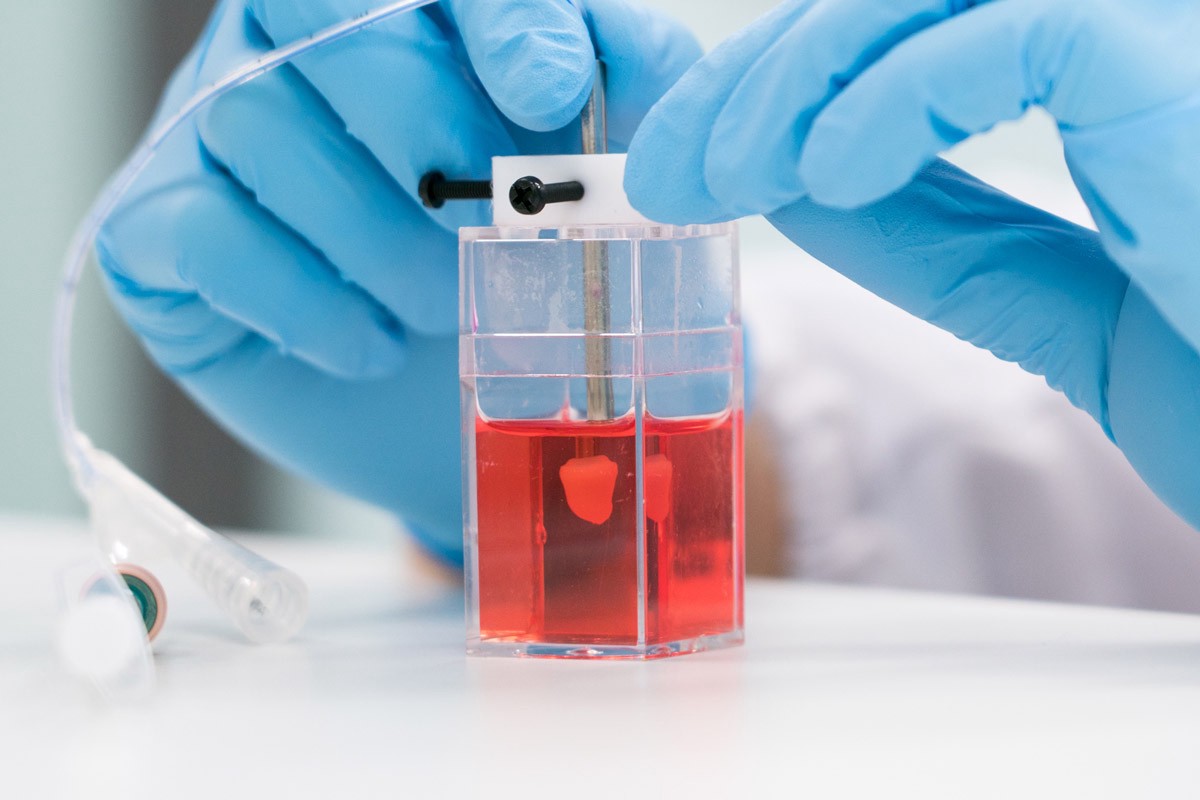 Researchers have developed a way to grow human heart tissue that can serve as a model for the upper chambers of the heart, known as the atria. The tissue, derived from human induced pluripotent stem cells (hiPCSs), beats, expresses genes and responds to drugs in a similar manner to a real human atrium

The model, described November 8 in the journal  Stem Cell Reports, may be useful for evaluating disease mechanisms and drugs for the atrial fibrillation-the most common type of arrhythmia.

In contrast to standard 2-D culture, the stem-cell-derived cardiomyocytes were cultured in a way that they formed 3-D beating heart tissue resembling atrial heart muscle. Specifically, the cells showed atrial-like gene expression, contractile force, contraction and relaxation kinetics, electrophysiological properties, and pharmacological responses to atrial-selective drugs. According to the authors, the engineered heart tissue could serve as a model of the human atrium for both mechanistic studies of atrial fibrillation and for preclinical drug screening.

"This is the first time that human atrial heart tissue has been generated in vitro from a principally unlimited source of hiPSCs," says first author Marta Lemme of the University Medical Center Hamburg-Eppendorf. "This could be useful both for academic laboratories and the pharmaceutical industry and because of the first step in that is to obtain cells that resemble human atrial cardiomyocytes," Lemme says.

Lemme and senior study author Thomas Eschenhagen of the University Medical Center Hamburg-Eppendorf set out to achieve this goal by generating atrial-like cardiomyocytes from hiPSCs using a vitamin A metabolite called all-trans retinoic acid. This technique involves genetically reprogramming blood or skin cells taken from human donors to an embryonic-stem-cell-like state and then treating these immature cells with all-trans retinoic acid to convert them into atrial-like cardiomyocytes.

"But the novelty of this study is the combination of hiPSC differentiation into atrial cardiomyocytes with a 3-D environment," Lemme says. "In fact, we showed that the 3-D environment favors the differentiation toward an atrial phenotype compared to standard 2-D culture. A particular value of our study is the direct comparison of our 3-D engineered heart tissue with native human atrial tissue obtained from patients on a molecular and functional level."

More than 33 million people worldwide suffer from atrial fibrillation, and the prevalence is rising. Uncoordinated high-frequency contractions in the atria increase the risk for blood clots, stroke, and heart failure.

Unfortunately, existing treatments such as antiarrhythmic drugs have limited efficacy and can cause adverse effects. Moreover, the development of new drugs has been hindered by the difficulty in isolating and maintaining human atrial cardiomyocytes, or heart muscle cells. Animal models have limited predictive power because they do not accurately represent the physiology of human cardiomyocytes.

"These atrial muscle strips represent a great opportunity to model atrial fibrillation in the dish and test drugs," Lemme says. "Nevertheless, improvements can be made to reach even higher similarity with the human atrial tissue. For us, the next step is to test various means to induce arrhythmias, study mechanisms of electrical remodeling of  atrial fibrillation  and test new potential drugs."