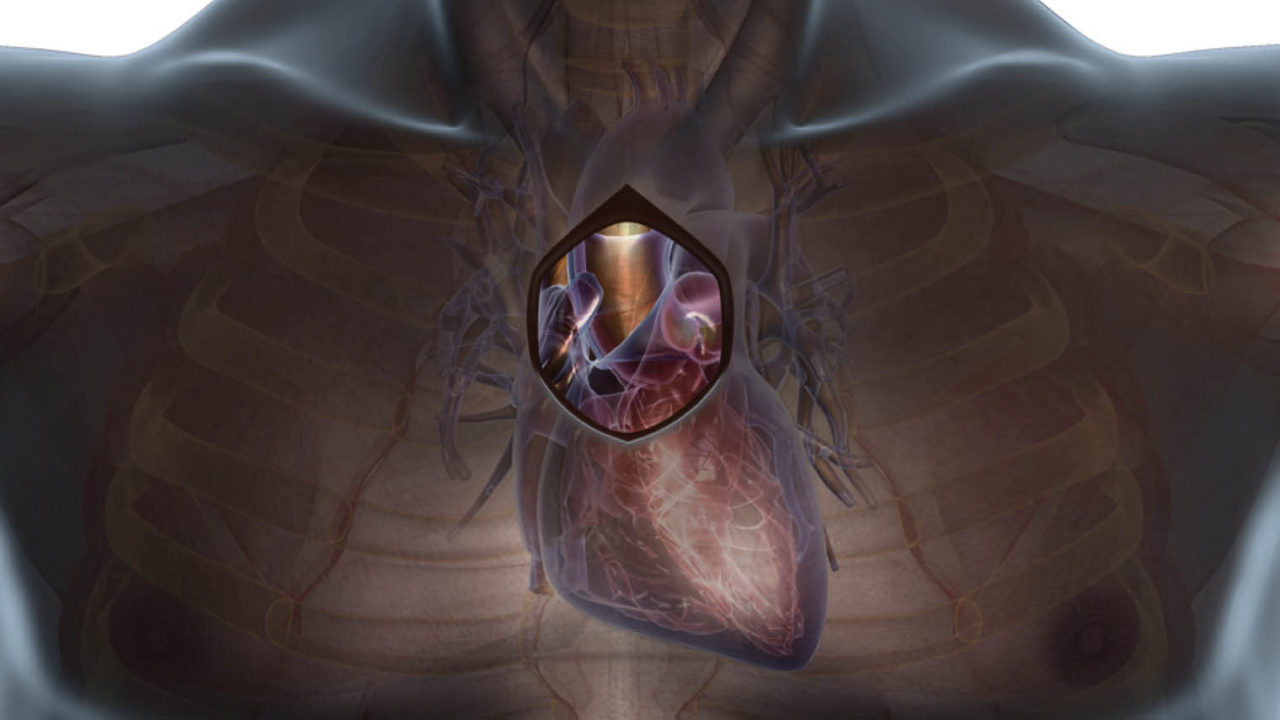 Despite rapidly increasing intervention rates, the complication rate remains consistently low. Scientists at the Center for Cardiology of the Mainz University Medical Center have examined the success of more than 13,575 minimally invasive procedures on the mitral valve in the largest study of their kind to date. Although patients grew older during the period from 2011 to 2015 and the number of procedures increased from year to year, mortality and complication rates remained consistently low.
Mitral valve insufficiency is the most common heart valve disease in Europe and the USA. About ten percent of people over the age of 75 are affected. Patients suffer from a weak closure and thus a leaky mitral valve. Until a few years ago, there was often only the possibility of a drug therapy, because for an open operation the patients are usually too old, have too many comorbidities, or the function of the left ventricle is too bad.

The safety of the procedure

There is now a new option to treat this leaky heart valve minimally invasive with a Mitraclip® implantation. Germany is one of the leading nations in this innovative, new process. “Several studies with small groups of patients have already been published for the evaluation of the procedure with regard to the frequency of inserting the clip or the safety of the procedure. However, there have been no large data collections so far”, explained the first and last authors of the study, Dr. Ralph Stephan von Bardeleben, Dr. Lukas Hobohm, and Dr. Karsten Keller. “That’s why it was a good idea to examine the implantation numbers and the complication rates in Germany on a larger scale.”
The results show: The annual implantation numbers in Germany increased more than fivefold from 815 in 2011 to 4,432 in 2015. In total, the study including 13,575 patients who were treating with Mitraclip®. Earlier studies referred to a maximum of 1,064 procedures. The patients were usually between 70 and 89 years old and on average they got older and older.

Another important result is that the complication rate or mortality did not change significantly during the period studied. Important prognostic factors related to hospital death were cardiac insufficiency, blood transfusion due to bleeding complications, stroke, pulmonary embolism, or pericardial effusion.

The authors concluded from their findings that despite the dramatic fivefold increase in the implantation rate of the clip, the procedure has very low early-stage complication rates during hospitalization. “Catheter-assisted valvular heart valve therapy has evolved from a niche treatment of inoperable patients into a relevant and safe treatment option in only ten years, as our new study emphasizes once again”, underlined von Bardeleben.

The Mainz University Medical Center occupies a leading position in the field of gentle heart valve therapy; both nationally and internationally. “In 2018, we implanted more than 700 heart valves, making us one of the largest university centers; for minimally invasive heart valve therapy,” stated Professor Dr. Thomas Münzel, Director of Cardiology I at the Center for Cardiology of the Mainz University Medical Center. “And more than 200 of these were Mitraclips®.
This number is unique in the world.” Furthermore, cardiologists have taken the opportunity; to establish a new Heart Valve Unit in Mainz; because of a striking increase in demand for such interventions in recent years. The advantage of the new heart valve unit; All relevant steps in the course of a heart valve implantation from patient admission; to planning and aftercare on the intensive care unit; until to the discharge of patients – take place at one ward.