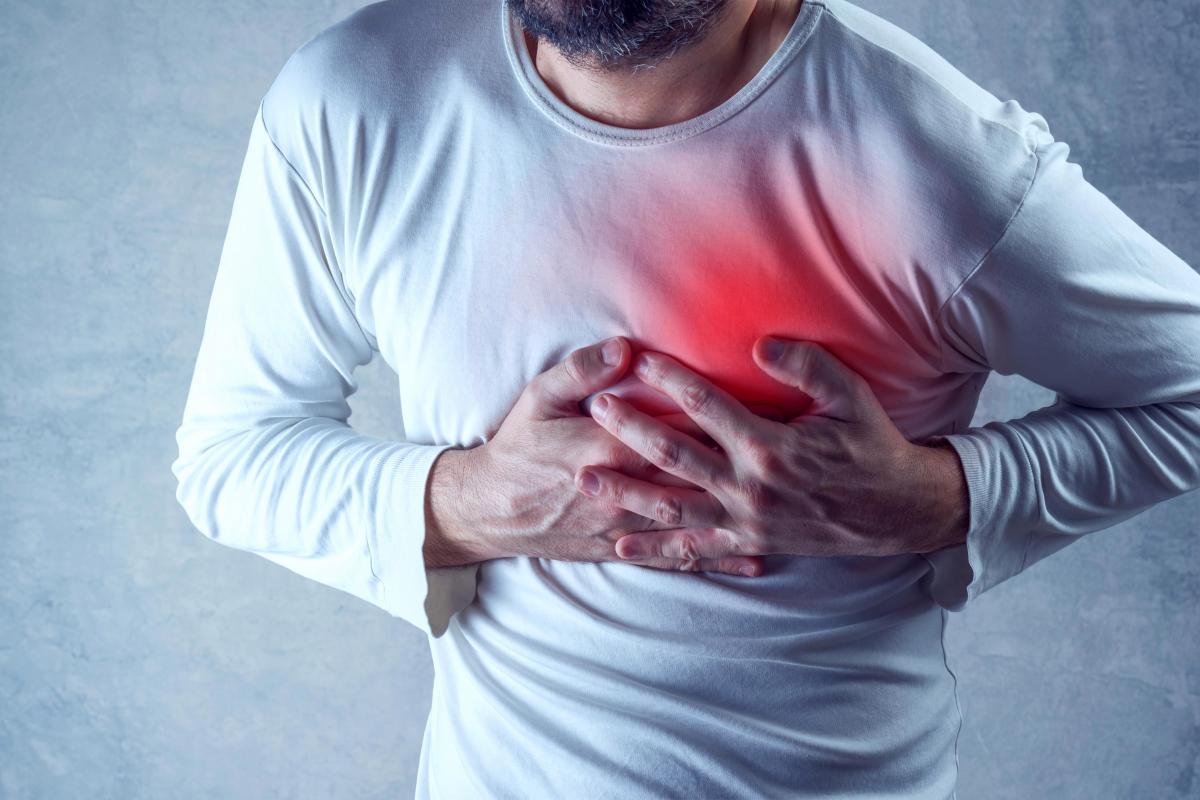 Poor cardiorespiratory fitness could increase your risk of a future heart attack, even if you have no symptoms of a lifestyle illness today, a new study has found. "We found a strong link between higher fitness levels and a lower risk of heart attack and angina pectoris over the nine years following the measurements that were taken," says researcher Bjarne Nes, from the Norwegian University of Science and Technology's (NTNU) Cardiac Exercise Research Group (CERG).

"Even among people who seem to be healthy, the top 25% of the fittest individuals actually have only half as high a risk as the least fit 25%," Nes says. Between 2006 and 2008, CERG researchers measured the cardiorespiratory fitness of 4527 men and women who participated in the HUNT3 population-based health survey in Nord-Trøndelag.

Nevertheless, 147 of the participants experienced heart attacks or were diagnosed with angina pectoris by 2017. These diseases signal that the coronary arteries in the heart are narrowed or completely blocked.

The researchers analyzed the participants in groups based on their level of fitness in relation to others of the same age and gender. The risk proved to decline steadily as patient fitness increased. The correlation between fitness and cardiovascular risk also held after adjusting for other factors that differed between the most and least fit participants.

The gold standard for exercise testing

One of the greatest strengths of the study is that the test used maximum oxygen uptake to measure participant fitness. Earlier studies that have linked fitness level to disease risk in healthy populations have largely been based on less precise calculations of fitness, or on self-reported physical activity information.

"Maximum oxygen uptake is the most precise measure of fitness," explains Bjarne Nes. Our body uses oxygen to drive metabolic processes that create energy for the muscles.

Maximum oxygen absorption is simply the maximum amount of oxygen the body is able to absorb during physical activity. Heart, blood vessel and muscle functioning are all important for oxygen uptake.

"We know that patients with low oxygen uptake are at increased risk of premature death and cardiovascular disease. Our study shows that poorer fitness is an independent risk factor for coronary artery disease, even among healthy women and men who are relatively fit," says Nes.

So how fit should you be?

The study suggests that even a small increase in fitness can significantly improve health. For each increase of 3.5 fitness points, the risk of heart attack or angina decreases by 15%.

"Our results should encourage people to use training as preventive medicine. A few months of regular exercise that gets you out of breath can be an effective strategy for reducing the risk of cardiovascular disease," says the study's first author, Jon Magne Letnes. He is a medical doctor and doctoral candidate in CERG.

Even if you never get in such good shape that you can say you have optimal protection, the study shows that participants' risk was lower the more fit they were. "There is apparently no upper limit for training when it comes to the beneficial effects for the heart," writes British Professor Sanjay Sharma in a commentary accompanying the NTNU study.

Not just about exercise habits

To measure maximum oxygen uptake accurately, you have to breathe into a mask while running on a treadmill, where the speed increases or the incline gets steeper every minute.

As you work at a higher and higher intensity, your body needs more and more oxygen. The test ends when you can't run anymore, or when measurements show that the oxygen uptake is no longer increasing even though the treadmill speed is.

But why does the fitness number mean so much for your future health? "Fitness is not just a measure of how much you have trained in your life, but it also tells you what kind of genes you have. Other factors like obesity may also affect fitness.

So we measure a lot of the body's functions, and from other studies, we know that both genes and physical activity play a role in how your heart and blood vessels function," says Letnes.