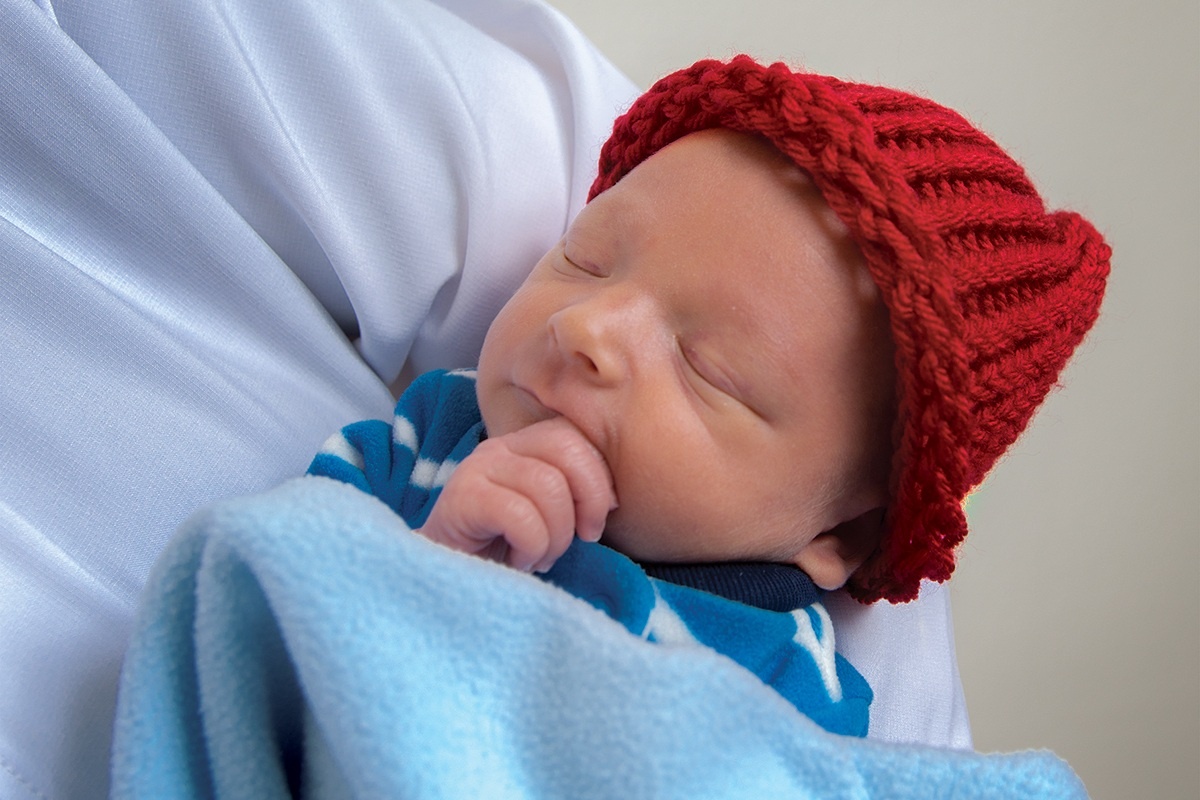 Scientists at the University of Manchester have this week published research, funded by the British Heart Foundation (BHF) which shows, for the first time, possible genetic causes of a serious congenital heart condition, Tetralogy of Fallot (ToF)

People born with ToF have four specific structural abnormalities in the heart, which mean they often have to undergo open heart surgery early in life. Many patients will have several surgeries and procedures throughout their lifetime. ToF is a very complex congenital heart condition, and in the majority of cases, the cause is unknown.

Although most children who have had Tetralogy of Fallot corrected will go onto lead normal lives, there can be complications later in life including the need for further operations, and the development of heart rhythm disorders.

In this study, led by BHF Professor Bernard Keavney, the team used a technique called "whole exome sequencing" to look at specific regions of the DNA of ToF patients. The BHF also funded young investigator Dr. Donna Page, who was the first author on the paper.

The DNA of 829 ToF patients was analyzed, making this the largest genetic study of patients with this condition ever conducted. To collect these volunteer families, the researchers worked with 7 UK children's heart centers and colleagues in Belgium and Australia.

The research identified two genes called NOTCH1 and FLT4, which were associated with rare and damaging DNA changes in ToF patients. Using experiments on cells grown in the laboratory, the team showed that some of the changes identified caused abnormal function of the genes involved.

The study showed that the DNA changes in these two genes are present in around 7 percent of ToF patients, making them the two most important genes that contribute to the condition.

Further research is now required to discover additional genes. It is hoped this may lead to the DNA testing of grown-up patients with ToF who are considering having a family, to give them better information on the how likely it is that they will have a child with this condition. It would also shed some light on why they themselves developed the condition whilst in the womb.

Eight-year-old Callum Peace, from Liverpool, was born with a range of conditions, including ToF. His mum Jo said: "When I was pregnant, I knew nothing of Callum's conditions. The doctors had told me that he was going to be small – he was only 4lbs 11oz when he was born – but other than that I was expecting a healthy baby that I would be able to take home to the cot I had ready waiting for him.

"When Callum was born he was unable to breathe for himself. He required immediate resuscitation and was intubated and put on a ventilator. He was then transferred to the Intensive Care Unit at Alder Hey Children's Hospital in Liverpool. He was extremely unwell, having turned blue due to a lack of oxygen in his blood, and at this point he was given just a 20 percent chance of survival.

"It was a real or deal and not something I would wish on any parent. We know that Callum will need more surgery on his heart in the years to come so, to me, every day is precious. Any research that can give parents like me some understanding of why their child has this condition is a step in the right direction."

Andrew Stuart, a journalist from Manchester who was born with Tetralogy of Fallot says: "At 11 months old I had open heart surgery, a 'full correction' of ToF. I was then monitored every two years, with them checking my pulmonary artery and pulmonary valve in particular.

"In 2012, they noticed some leaking in my pulmonary valve, although at that stage it was not severe enough to operate. Then, in 2016, I experienced more symptoms such as palpitations and breathlessness. When they did a scan this time, they could see that the leaking had become much worse and they would need to replace the valve. It was a worrying time as I had no real idea of what open heart surgery would entail and what it would be like afterward."

"I had the surgery in May this year, and I have felt a lot better since. I am back in work and everything seems to be going OK. The recovery from open heart surgery is a long process and takes months. It's quite an upheaval in your life. I have an MRI scan booked in a couple of months so I will know more then.

"I am 30 now, and I've not got children, but I know that if I do have them in the future I would like to know whether there is a higher chance of them having this condition.

"It's great to know the BHF and the University of Manchester are researching into congenital heart conditions like ToF. The condition means lifelong check-ups and treatment, medication and procedures, and will mean more in the future as I have a tissue donor valve which will need replacing. It has had a big impact because every step along the way is yet another thing, and never the endpoint of treatment.

"I don't know what caused me to be born with this condition, but I would be very interested to find out!" Professor Bernard Keavney, BHF Professor of Cardiovascular Medicine at the Institute of Cardiovascular Sciences, University of Manchester, commented:

"Tetralogy of Fallot is a serious congenital heart condition and one that, without surgery, would result in patients dying in virtually all cases. We have always suspected that genes played a part in causing the condition, and with this funding from the BHF we have been able to identify, for the first time, the two genes that have the biggest part to play.

"We hope that this knowledge will help us to support patients to understand more about their genes and how the condition can be passed on through families."