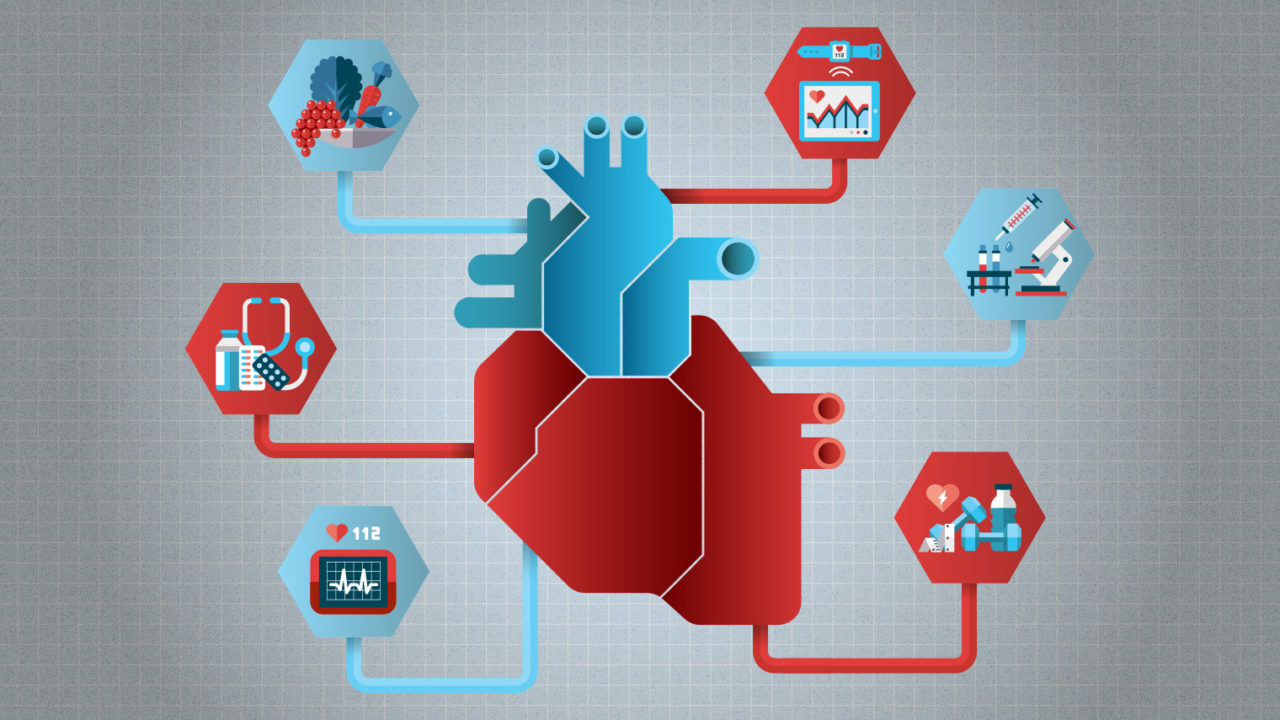 Genetic Differences; The biggest risks for cardiovascular disease are smoking and poor diet. However, different people are more susceptible to heart disease base on very slight differences in their genes, called variants. While there have been many studies that have link variants to cardiovascular traits; it’s unclear whether these variants have functional consequences, like alter gene or protein expression.

In a new study from the Cardeza Foundation for Hematologic Research at Thomas Jefferson University, researchers have discovered two slight gene variations that may modulate the behavior of platelet cells, and subsequently affect the risk of developing cardiovascular disease. Normally, when platelets become activated, they stick together and clot wounds to stop bleeding. In disease, platelets can aggregate in response to triggers like unhealthy fats, and contribute to plaque formation in diseases like atherosclerosis.

Cardiovascular disease (CVD) remains the number one cause of death globally. Myocardial infarctions (MI) are acute events in CVD which are frequently the proximal causes of death or severe disability; which are the result of platelet rich thrombi. Genome wide association studies (GWASs) have identified numerous common genetic variants with the risk of CVD and platelet function parameters, but these variants are usually not causative due to the resolution of the geno typing platforms use and genetic linkage.

One of the genes identified by GWAS as associated with platelet count, lipid levels. and CVD is the platelet oxidized LDL receptor, CD36. “Platelet numbers and volume are regulated by the expression of certain genes,” says Leonard Edelstein, Ph.D., research assistant professor and senior author of the study. “If there’s more of that gene, there are more platelets and a tendency to clot more.” CD36 is one such gene that regulates platelet levels and activation.

In the study published in PLOS Genetics on July 25 2019, the researchers; including co lead authors Namrata Madan, a postdoctoral fellow; also Andrew Ghazi, graduate student, search for small changes in the genetic code for CD36. The review of data identify 81 changes in the genome, two of which were functional variants; meaning they affect CD36 expression.

When they used genetic editing to delete these variants in cells; there was over expression of CD36. This indicates that the genetic changes the researchers identified could be potential targets; so in modulating expression of CD36 and by extension platelet function. The researchers are now trying to identify what protein the variants they identified bind to; also the mechanism behind which it can regulate CD36 expression.

The study provides a paradigm for further testing of functional genetic variants and their relation to cardiovascular health. “We are now conducting an even more large scale study testing 3,500 genetic variants; so of which 150 are functional, and we want to investigate how these variants affect platelet function,” says Dr. Edelstein. The results could potentially inform screening for genetic risk of cardiovascular disease and help develop target therapies.