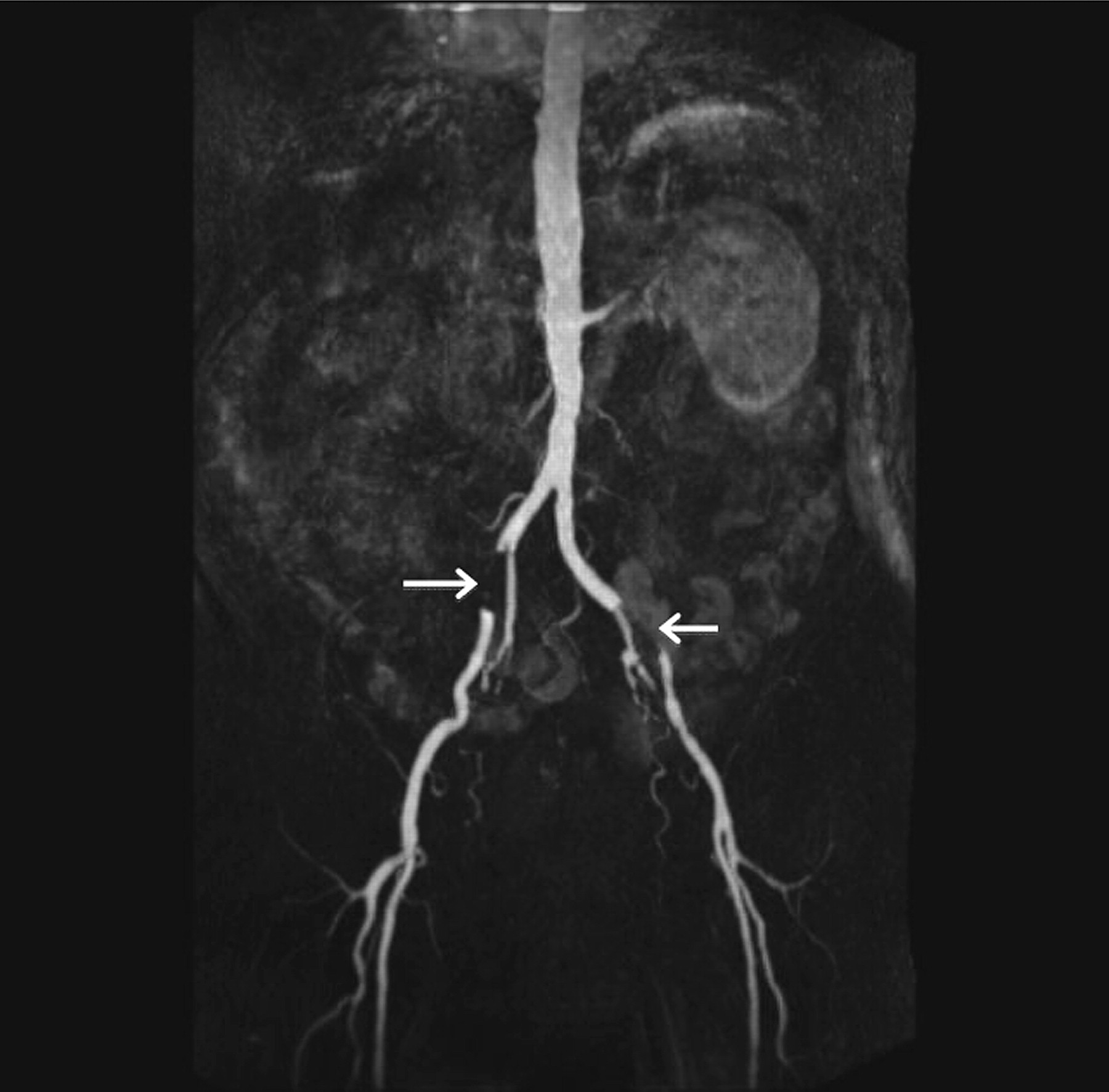 The peripheral obstructive arterial disease develops when blood vessels narrow due to arteriosclerosis and blood flow in the legs (or sometimes the arms) becomes clogged. Intermittent claudication is when blood flow disturbances in a limb cause pain, numbness, or coldness during physical activity. In severe cases, where the tissue has gone without blood for too long and dies, the limb may have to be amputated. This research result was posted online in the Journal of American Heart Association.

Previous clinical and animal research showed that mice receive less tissue damage under ischemic condition than humans, but the cause of the difference was not clear. To illustrate why humans seem to have such a disadvantage, researchers from Kumamoto University, Japan, focused on collateral vessels that could bypass an obstruction. Using a murine hindlimb ischemia model, they compared the shape of mouse hind limb blood vessels with those of a patient who had peripheral obstructive artery disease.

There are techniques, such as radiography, that can be used to visualize the small blood vessels of a mouse but they can only produce two-dimensional images. To obtain more detail, the researchers elected to use a system built by a collaboration of engineering and medical science researchers that established a method for stereoscopic visualization of small structures, the micro X-ray CT. This allowed for the detailed visualization of mouse blood vessels through soft tissue and around bone.

"Two things are believed to be the causes of the inhibited development of the inferior gluteal artery in humans," said Assistant Professor Yuichiro Arima, who led the study. "One is that the development of the artery is restricted by the skeletal change accompanying bipedal walking, and the other is that, over time, the distance between the pelvis and the lower leg has become too far for the artery to reach."

In other words, evolution has increased the human risk for lower limb ischemia. This understanding is expected to lead to the development of treatments that strengthen the collateral circulation pathways for people suffering from the peripheral obstructive arterial disease.