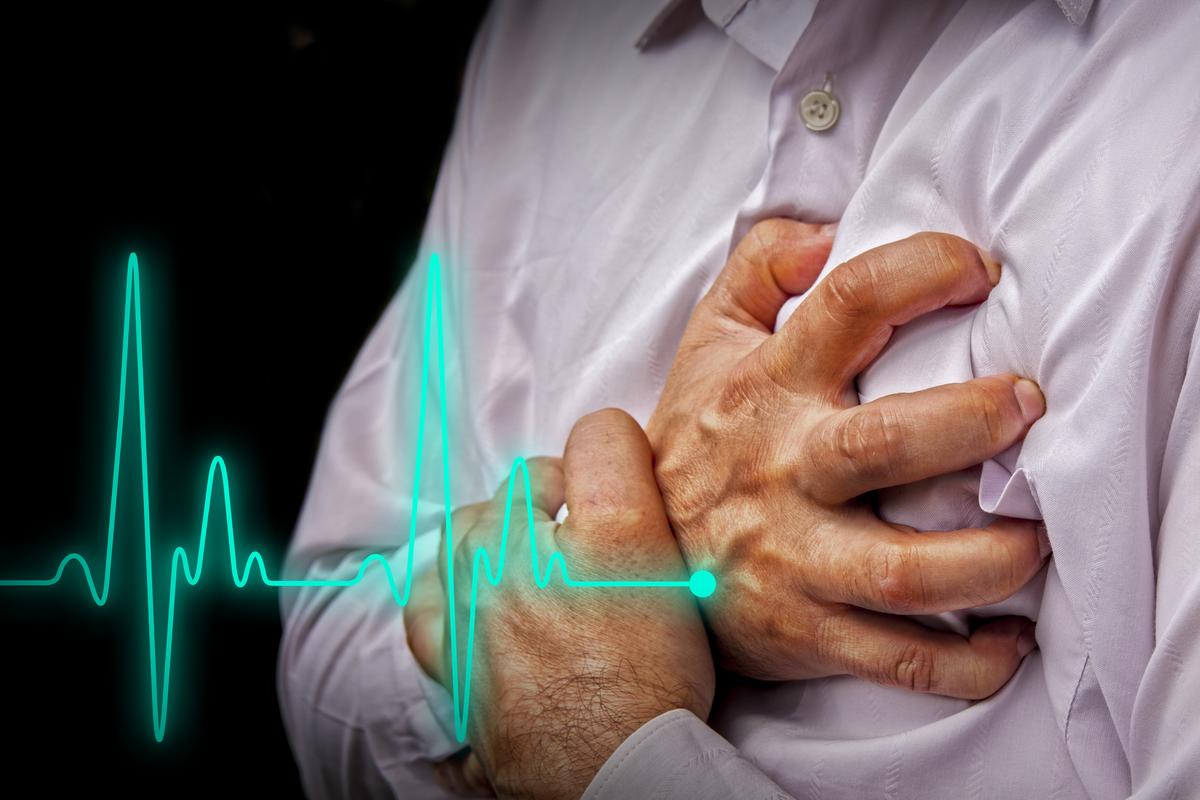 African Americans with the combination of myocardial injury, identified by high levels of high-sensitivity cardiac troponin I (hs-cTnI) and left ventricular hypertrophy (LVH) on electrocardiogram have a "malignant" preclinical heart failure phenotype that puts them at much higher risk of heart failure than their peers, with the risk especially high in men, new research shows.

Among more than 3000 African Americans without prior cardiovascular disease (CVD) in the Jackson Heart Study, men with both LVH and myocardial injury had a 15-fold increased risk of HF in the next decade compared to those without these two risk factors.

Women with both traits had a four-fold increased risk of this outcome compared to those without them, in the study published online December 19 in JAMA Cardiology.

More research is also needed to understand the biology behind the gender difference, to investigate how these measures predict HF risk in other racial/ethnic groups, and to see if the risk can be mitigated by using aggressive strategies to modify other CVD risk factors, he said.

"For now," Pandey said, "if I see a patient who has elevated hs-troponin or LVH on EKG or echo, I would pursue more aggressive risk factor modification with better blood pressure control, more aggressive diabetes control if they have that, weight loss, and encourage exercise or physical activity to meet or even go beyond the guideline-recommended levels of 30 to 60 minutes of walking per day."

Heart failure affects African Americans, especially those younger than 50 years, more than other races, which may be related to a higher incidence and worse control of hypertension and diabetes, Pandey and colleagues note.

Two markers, subclinical myocardial injury (which can now be readily detected using an hs-cTnI assay) and LVH, have been associated with an increased risk of HF, but this has not been well studied in blacks.

To investigate this, the researchers identified 3987 African Americans living in the Jackson, Mississippi area who were 21 to 84 years old and free of CVD or HF when they enrolled in the Jackson Heart Study.

At baseline, an assay was used to determine hs-cTnI levels and an electrocardiogram was used to detect LVH. Subclinical myocardial injury was defined as hs-cTnI ≥ 4 ng/L in women and ≥ 6 ng/L in men.

Participants were divided into 4 groups:

1. No LVH and no subclinical myocardial injury.

2. Subclinical myocardial injury but no LVH.

3. LVH but no subclinical myocardial injury.