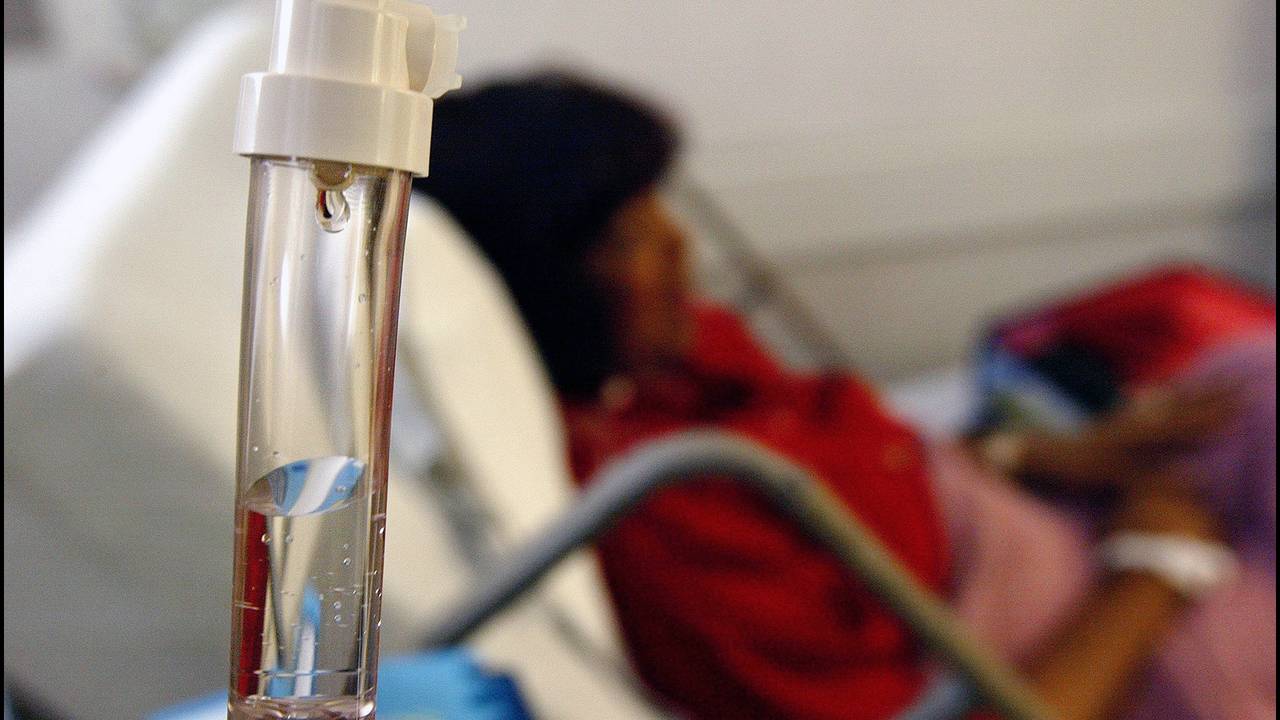 A total of 11,000 people are predicted to die from acute myeloid leukemia (AML) in 2019, according to the American Cancer Society. The cancer starts in the bone marrow. There, mutated genes fail to prevent blood cells from replicating again and again and again, growing tumors. Chemotherapy helps two out of three patients achieve remission. And recently, drug developers designed a new attack, one intended to target the patient’s malfunctioning genes, reclaim their hijacked cells, and halt growth.

But this kind of drug development can result in more errors in trials, and can take years to get from lab to patient. Now, in a paper published in Nature Chemical Biology, Harvard University Assistant Professor of Chemistry and Chemical Biology Brian Liau reveals why certain AML drugs only work some of the time. With his new technique, Liau and team expose more intimate details about the drug-body relationship and, in the process, disprove previous assumptions about how AML drugs work.

To test a new drug, developers manipulate their product’s small molecules, shifting them to see how the changes impact the drug’s efficacy. To investigate how AML drugs work, the Liau group followed the same process. But, like a good mediator, they hunted down the other side of the story, too: What happens, they wanted to know, if we manipulate the protein target instead? “As chemists, we have the ability to make nearly anything,” Liau says. “Now, we have the unprecedented ability to systematically change protein structure directly in cells.”

For their first mediation, the Liau group focused on a specific subtype of AML, whose mutated genes cause a shift in a blood cell’s so-called epigenetic state. Epigenetic changes, in which chemical tags land on genes and turn them on or off, result from environmental triggers — what you eat, how much you exercise and sleep, and where you live, can all impact your epigenome.

In AML, the mutated genes are enough to trigger an epigenetic change and reprogram cells to grow uncontrollably. Since enzymes often regulate the conversation between the genes and their hostage cells, new drugs target these proteins, hoping to reverse their malfunction. For AML, this enzyme target is called LSD1 (lysine-specific histone demethylase 1). So far, LDS1-targeting drugs only work sometimes. So, Liau and his team decided to uncover what makes the protein so slippery.

Proteins, like bicycles, have both essential and non-essential parts (or domains). Without handlebars, the machine keeps moving; without wheels, it stops. So, the Liau group searched for LSD1’s “wheels,” which, once dismantled, would halt the protein and the disease. To do so, the team used a technique called CRISPR-scanning. The gene-editing tool CRISPR can make precise cuts in the genetic code (DNA). So, the Liau group used the tool to execute systematic but random slices in many AML-relevant genes at once.

Then, when the cell steps in to repair the cut, tiny scars can form in the genome. These scars produce various kinds of mutant genes, and the mutant genes produce mutant proteins. One mutant loses handlebars, another pedals, and eventually, one loses its wheels. Even though the first two proteins lost some parts, their cancerous cells live on. But the last is immobilized; growth shuts down.