New Device to Study The Role of Cadherin in Cellular Dyanmics 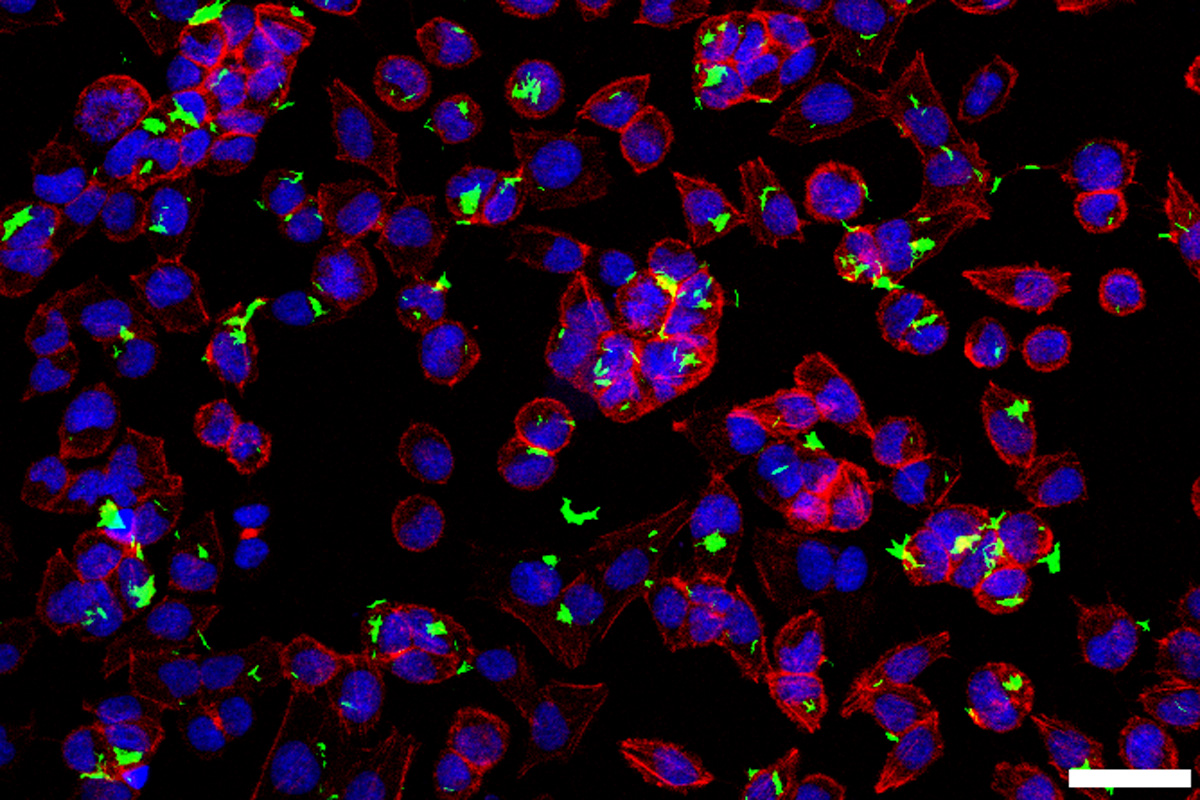 As cells divide to form tissues and organs in multicell organisms, they move to where they belong, informed by a series of cues that scientists have yet to observe or fully understand. Exactly how these local in-plane shear forces are spread throughout a tissue — important in collective tissue behavior — is not understood, in part because it is difficult to apply direct, localized shear within a tissue.

In a paper published in the journal eLife, Pruitt and her co-author describe a new device that allows them to introduce perturbations into the system, observe cellular response behavior and measure overall force, providing new insights into the role of cadherin in cellular dynamics.

Cadherins provide an initial signal for the 'handshake' between cells

The protein cadherin is one element responsible for cells' ability to recognize one another, with various types of cadherin occurring at different sites in the organism. These cadherin receptors enable like cells to combine with each other to build specific types of tissue.

"Cadherins provide an initial signal for the 'handshake' between cells, but they are not the primary keeper of the connection," says Beth Pruitt, who studies mechanobiology and is working to gain a greater understanding of how cells combine to form tissues and maintain their integrity under the normal loads they experience.

Understanding the chemo-mechanical mechanisms that drive such biological action would better position scientists to develop treatments for conditions and diseases that arise when something goes wrong in the recognition process. That includes cancer metastasis or defective development or wound healing, in which like cells fail to bond to build or repair healthy tissues.

Microfabricated device dragged cells past one another

It did not, but the cells did deform, indicating that the shear acted more as a "sprain" than a tear. The next question was what would happen after that "injury." The answer: the sheared cells signaled to all the other cells that something had happened and they all needed to respond and adapt to it.

"We found that this relay depended on the presence of normal cell-to-cell interactions via E-cadherin binding and actomyosin contraction [the latter being essential to the physical processes of all eukaryotic cells]," Pruitt said.

In this collective behavior, the cells "danced" back and forth with wave motions toward the "injury," then away from it, then toward it, then away, until the cells had restored their original shape prior to deformation.

"Through observing these oscillations and measuring overall forces, as enabled by the inline spring, we were able to put forward a mechanical model that includes a mechanical signal-storage-and-relay element for simulating epithelial cell monolayers," Pruitt explained. "This element, in parallel with the cells' well-known viscoelastic property, can account for the collective behavior we observed."

The researchers say their findings and, importantly, the new devices they created for studying mechanobiology will enable scientists to ask new questions about how other types of cells sense and transmit force — especially shear force — in multicellular tissues.