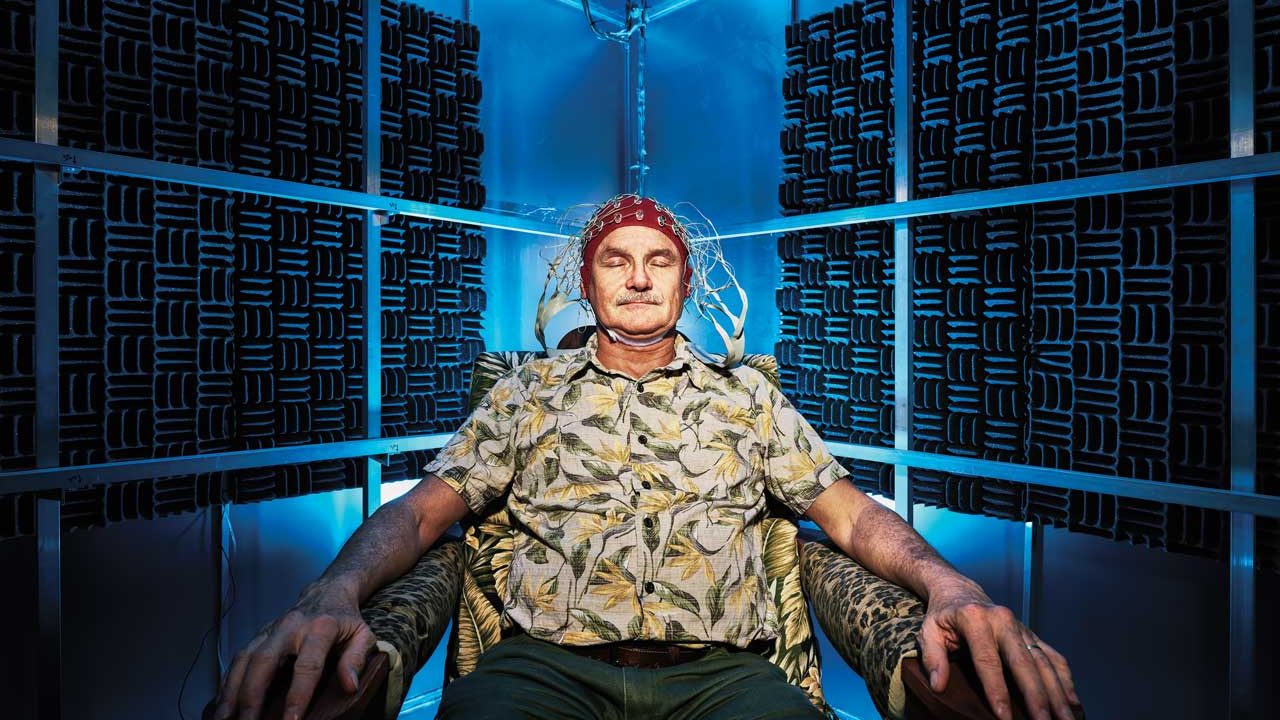 Do human beings have a magnetic sense? Biologists know other animals do. They think it helps creatures including bees, turtles and birds navigate through the world. Scientists have tried to investigate whether humans belong on the list of magnetically sensitive organisms. For decades, there’s been a back-and-forth between positive reports and failures to demonstrate the trait in people, with seemingly endless controversy.
The mixed results in people may be due to the fact that virtually all past studies relied on behavioral decisions from the participants. If human beings do possess a magnetic sense, daily experience suggests that it would be very weak or deeply subconscious. Such faint impressions could easily be misinterpreted – or just plain missed – when trying to make decisions. So our research group – including a geophysical biologist, a cognitive neuroscientist and a neuroengineer – took another approach. What we found arguably provides the first concrete neuroscientific evidence that humans do have a geomagnetic sense.

In our new study, we asked 34 participants simply to sit in our testing chamber while we directly recorded electrical activity in their brains with electroencephalography. Our modified Faraday cage included a set of 3-axis coils that let us create controlled magnetic fields of high uniformity via electric current we ran through its wires. In normal life, when someone rotates their head – say, nodding up and down or turning the head from left to right – the direction of the geomagnetic field will shift relative to their skull.

This is no surprise to the subject’s brain, as it directed the muscles to move the head in the appropriate fashion in the first place. In our experimental chamber, we can move the magnetic field silently relative to the brain, but without the brain having initiated any signal to move the head. In those cases, though, your body will still register vestibular signals about its position in space, along with the magnetic field changes – in contrast, our experimental stimulation was only a magnetic field shift.

When we shifted the magnetic field in the chamber, our participants did not experience any obvious feelings. The EEG data, on the other hand, revealed that certain magnetic field rotations could trigger strong and reproducible brain responses. One EEG pattern known from existing research, called alpha-ERD, typically shows up when a person suddenly detects and processes a sensory stimulus. The brains were “concerned” with the unexpected change in the magnetic field direction, and this triggered the alpha-wave reduction. That we saw such alpha-ERD patterns in response to simple magnetic rotations is powerful evidence for human magnetoreception.

Our participants were all unaware of the magnetic field shifts and their brain responses. They felt that nothing had happened during the whole experiment – they’d just sat alone in dark silence for an hour. Underneath, though, their brains revealed a wide range of differences. Some brains showed almost no reaction; while other brains had alpha waves that; shrank to half their normal size after a magnetic field shift. It remains to be seen what these hidden reactions might mean for human behavioral capabilities. Do the weak and strong brain responses reflect some kind of individual differences in navigational ability?

Can those with weaker brain responses benefit from some kind of training? Can those with strong brain responses be trained to actually feel the magnetic field? A human response to Earth-strength magnetic fields might seem surprising. But given the evidence for magnetic sensation in our animal ancestors, it might be more surprising; if humans had completely lost every last piece of the system. Thus far, we’ve found evidence that people have working magnetic sensors sending signals to the brain; a previously unknown sensory ability in the subconscious human mind. The full extent of our magnetic inheritance remains to be; discovered.