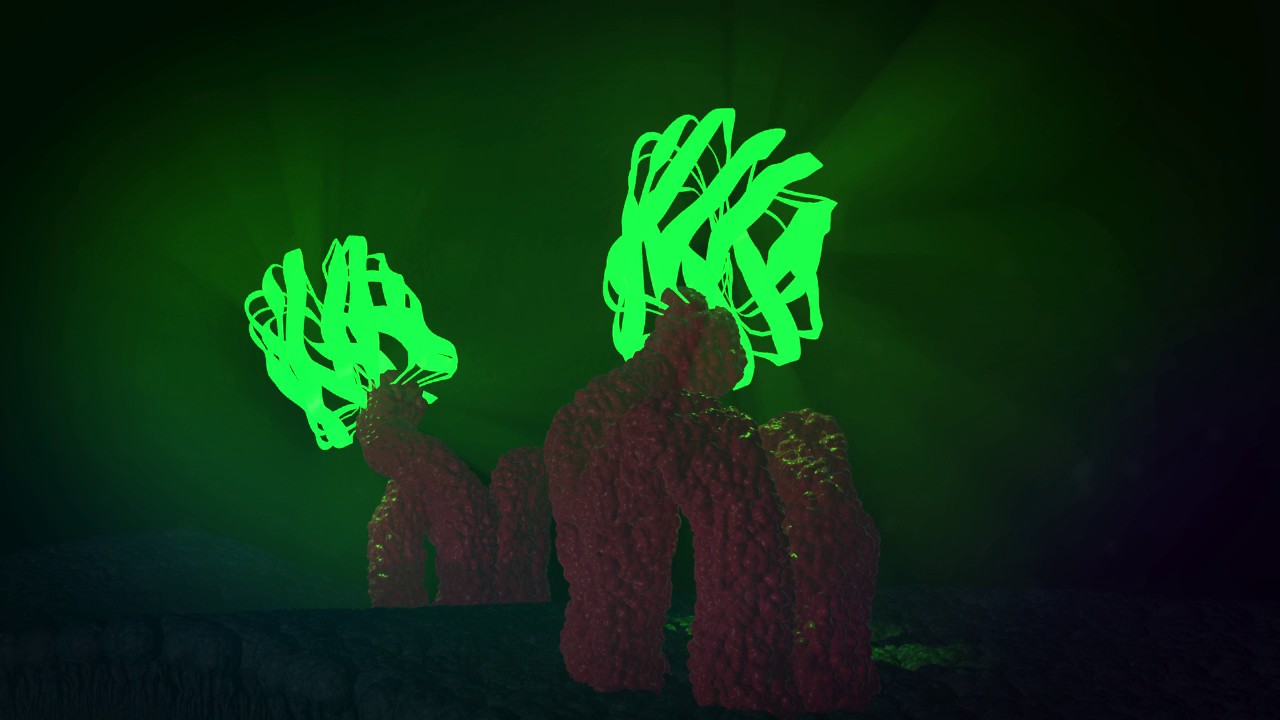 For the first time, biological imaging experts have used a custom fluorescence microscope and a novel antibody tagging tool to watch living cells undergoing stress. Much like our fight-or-flight response, our cells also have a stress autopilot mode. An oxygen dropoff, overheating, or an invading toxin can trigger the cellular stress response — a cascade of molecular changes that are the cell’s last-ditch effort to survive.

The formation of “stress granules”

Among these survival strategies is the formation of “stress granules” — proteins and RNA molecules huddle together into membrane-less blobs when the cell is threatened. RNA is the essential biological molecule that translates genetic information from DNA to make proteins. During cellular stress, most RNA molecules stop their normal business of translation and cluster inside stress granules, as if running to hide.
In a new experiment published in Nature Cell Biology, biological imaging experts led by Tim Stasevich, assistant professor in the Department of Biochemistry and Molecular Biology at Colorado State University, have used a custom fluorescence microscope and a novel antibody tagging tool to watch living cells undergoing stress.
With single-molecule precision, the researchers have captured individual RNA molecules interacting with stress granules; revealing how, when and where the RNAs move around — a process never before witnessed from start to finish. They have shown definitively, among other things, that RNA translation was completely silence before the RNAs enter the stress granules.

The results sprung from a partnership with the lab of Roy Parker; professor in the Department of Biochemistry at University of Colorado Boulder. The two labs’ combined expertise has illuminated unprecedented details of the cellular stress response, paving the way for future studies into the full dynamics of translational shutdown, and its relationship to many diseases.

“I think seeing is believing, and that’s our contribution here,” said Stasevich. “We are using live cells as test tubes to study dynamic processes that have never been seen before. The ability to image these processes at the single-molecule level in living cells will be a powerful tool to better understand the cellular stress response in normal and diseased cells.”

Parker’s lab at CU Boulder had interest in RNA interactions associated with cellular stress for a long time. “We saw Tim’s Science paper on nascent chain tracking; and thought this would be the perfect technique to answer questions our lab was trying to figure out for a while,” explained CU postdoctoral researcher Stephanie Moon.
In previous research, scientists inferred  the dynamics of stress granule formation. “But if cells don’t make them, they die. So they must be important.” Previously, the only way scientists like Parker and Moon could “see” RNAs during cellular stress was through fixed cell imaging; the equivalent of taking a snapshot.

RNAs, affected by mutations, can cause disease

“We knew the RNAs were in the stress granules, and we knew which RNAs were in there. We knew that  mutations could affect them that can cause disease. All that knowledge was based on static images,” Parker said. According to earlier research by Parker, several mutations can cause such RNA-protein assemblies to form incorrectly; and these aberrations link to neurodegenerative diseases like Amyotrophic Lateral Sclerosis.

By going to the movies with Stasevich’s team, the cellular stress response has come alive in colorful detail; shedding light on previously hidden details. Among the paper’s major findings is that while some RNAs come and go at the surfaces of the granules; some are peculiarly stuck, as if tethered in molasses, the researchers said. “By showing that RNAs go to a granule, are translationally repressed; and they stay there; it suggests that the stress granules may have a role in keeping those RNAs out of gene expression,” Moon said.