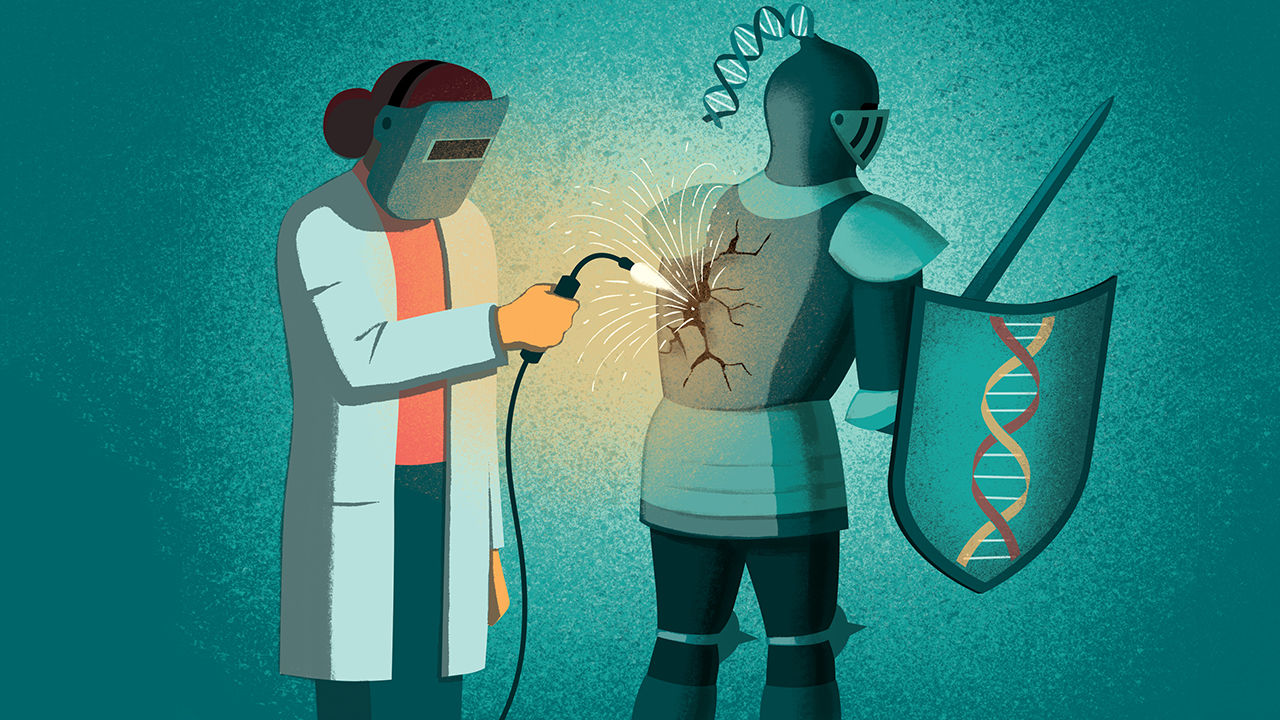 Prostate cancer cells change the behaviour of other cells around them; including normal cells, by ‘spitting out’ a protein from their nucleus; new research has found. The tiny pieces of protein are taken up by the other cells; provoking changes that promote tumour growth and; the researchers believe; help the cancer hide from the body’s immune system. The process has been captured for the first time on video; by researchers at the University of Bradford and University of Surrey. The research is published in Scientific Reports.

EN2 has a role in early development of the brain

Lead researcher, Professor Richard Morgan from the University of Bradford, said; “For tumours to survive, grow bigger and spread they need to control the behaviour of cancer cells; and the normal cells around them and we’ve found a means by which they do this. Blocking this process could; a potential target for future cancer therapy.” The research focused on a protein; called EN2; that has a role in early development of the brain but has also been found at high levels; in many types of cancer cells.

The team highlighted the protein using a green florescent tag. The researchers then studied its activity in human prostate cancer cells, normal prostate cells and in bladder cancer, melanoma and leukaemia cells. They found that both cancer and normal cells took up the protein from other cells. They also did time lapse photography of prostate cancer cells, taking pictures every five minutes for 24 hours. The resulting video shows the cells eject small parts of themselves containing the green florescent protein that are then taken up by otherwise dormant cancer cells, causing them to reactivate, changing shape or fusing together.

Professor Morgan explains; “We think this is significant because cell fusion in cancer is relatively unusual; and associated with very aggressive disease. It can lead to new and unpredictable hybrid cells; that are frequently better at spreading to different sites and surviving chemotherapy and radiotherapy.” Molecular analysis of the normal prostate cells showed that; take up of EN2 caused them to express a gene called MX2; that generates an anti-viral response.”We believe the cancer is trying to minimise the chances of the cells around it being; infected by a virus, to avoid scrutiny by the immune system,” says Professor Morgan.

“This could undermine the effectiveness of immunotherapy treatments, which try to use viruses to kill cancer by stimulating the immune system to attack it.”The researchers were also surprised to find the EN2 protein in the cell membrane as well as in the nucleus—which is very unusual for this type of protein. This provides an opportunity to block its action, and the team were able to identify that part of the protein that was accessible at the cell surface to be a potential target for treatment.

Hardev Pandha said that in conclusion; “this work follows on from earlier studies at Surrey where detection of EN2 in urine, after secretion from prostate cancer cells; shown to be a robust diagnostic biomarker of prostate cancer. The more we learn about prostate cancer the more that can be; done to identify and treat this devastating disease.”‘Membrane insertion and secretion of the Engrailed-2 (EN2) transcription factor by prostate cancer cells may induce antiviral activity in the stroma’ by; published in Scientific Reports.