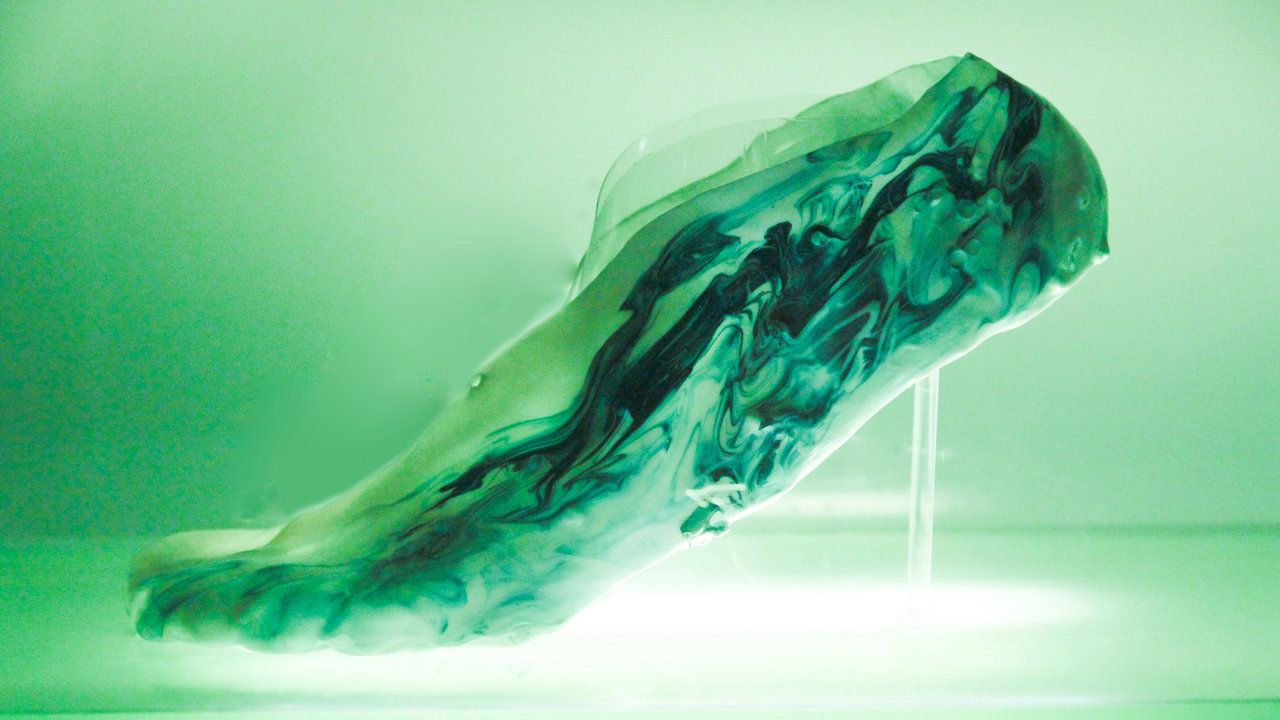 The medical resources you need are just one click away
REGISTER FOR FREE
Membraneless protocells — called complex coacervates — can bring together molecules of RNA allowing the RNAs to perform certain reactions, an important step in the origin of life on Earth. The Image shows droplets of complex coacervates as seen under a microscope. The inset shows RNA molecules (cyan) are highly concentrated inside the droplets compared to the surrounding (dark). At roughly 2-5 micrometers in diameter, the droplets are about 14-35 times thinner than human hair.
Membraneless assemblies of positively- and negatively-charged molecules can bring together RNA molecules in dense liquid droplets, allowing the RNAs to participate in fundamental chemical reactions. These assemblies, called “complex coacervates,” also enhance the ability of some RNA molecules themselves to act as enzymes — molecules that drive chemical reactions. They do this by concentrating the RNA enzymes, their substrates, and other molecules required for the reaction.

The results of testing and observation of these coacervates provide clues to reconstructing some of the early steps required for the origin of life on Earth in what is referred to as the prebiotic “RNA world.” A paper describing the research, by scientists at Penn State, appears January 30, 2019 in the journal Nature Communications.”We’re interested in how you go from a world with no life to one with life,” said Philip C. Bevilacqua, Distinguished Professor of Chemistry and of Biochemistry and Molecular Biology at Penn State and one of the senior authors of the paper.

“One can imagine a lot of steps in this process, but we are not looking at the most elemental steps. We are interested in a slightly later step, to see how RNA molecules could form from their basic building blocks and if those RNA molecules could drive the reactions needed for life in the absence of proteins.” Life as we know it today generally requires genetic material — DNA, which is first transcribed into RNA. These two molecules carry information for the production of proteins, which are in turn required for most functional aspects of life, including the production of new genetic material.

This sets up a “chicken and the egg” dilemma for the origins of life on early Earth. DNA is required to produce proteins, but proteins are required to produce DNA. “RNA — or something similar — has been thought of as a key to solving this dilemma,” said Raghav R. Poudyal. “RNA molecules carry genetic information, but they can also function as enzymes to catalyze the chemical reactions needed for early life. This fact has led to the notion that life on Earth went through a stage where RNA played an active role in facilitating chemical reactions — “the RNA World” — where self-replicating RNA molecules both carried the genetic information and performed functions that are now generally carried out by proteins.”

The prebiotic world: the building blocks for RNA

Another common feature of life on Earth is that in cells, they have compartments, often with an outer membrane, or in smaller compartments inside cells. These compartments ensure that all the components for the chemical reactions of life are in easy reach; but in the prebiotic world the building blocks for RNA; or the RNA enzymes needed to drive the chemical reactions that could lead to life; would probably have been scarce, floating around in the primordial soup.

“You can think of these RNA enzymes like a car produced in an assembly line,” said Poudyal. “If you don’t have the parts in the right place in the factory, the assembly line doesn’t work. Without coacervates, the parts needed for chemical reactions are too dilute and are unlikely to find each other, but inside the coacervates, all the parts that the enzyme needs to work are nearby.”

The researchers therefore looked at a variety of materials that may have existed in the pre-life Earth; that can form coacervates — membraneless protocells — and; then allowed critical functions like sequestering the building blocks of RNA and bringing together RNA enzymes and their targets.”We know that RNA molecules can assemble and elongate in solutions with high concentrations of magnesium;” said Poudyal. “Our work shows that coacervates made from certain materials allow this non-enzymatic template-mediated RNA assembly; to occur even in the absence of magnesium.”

The polyamines in formation of RNA-rich droplets

“Although all the polyamines we tested were able to participate in formation of RNA-rich droplets; they differed in their ability to support RNA elongation;” said Christine Keating, professor of chemistry at Penn State and a senior author on the paper. “These observations help us understand how the chemical environment within different membraneless compartments can impact RNA reactions.””Although we can’t look back to see the exact steps taken to form the first life on Earth; coacervates like the ones we can create in the laboratory may have helped by facilitating chemical reactions; that otherwise would not have been possible,” said Poudyal.