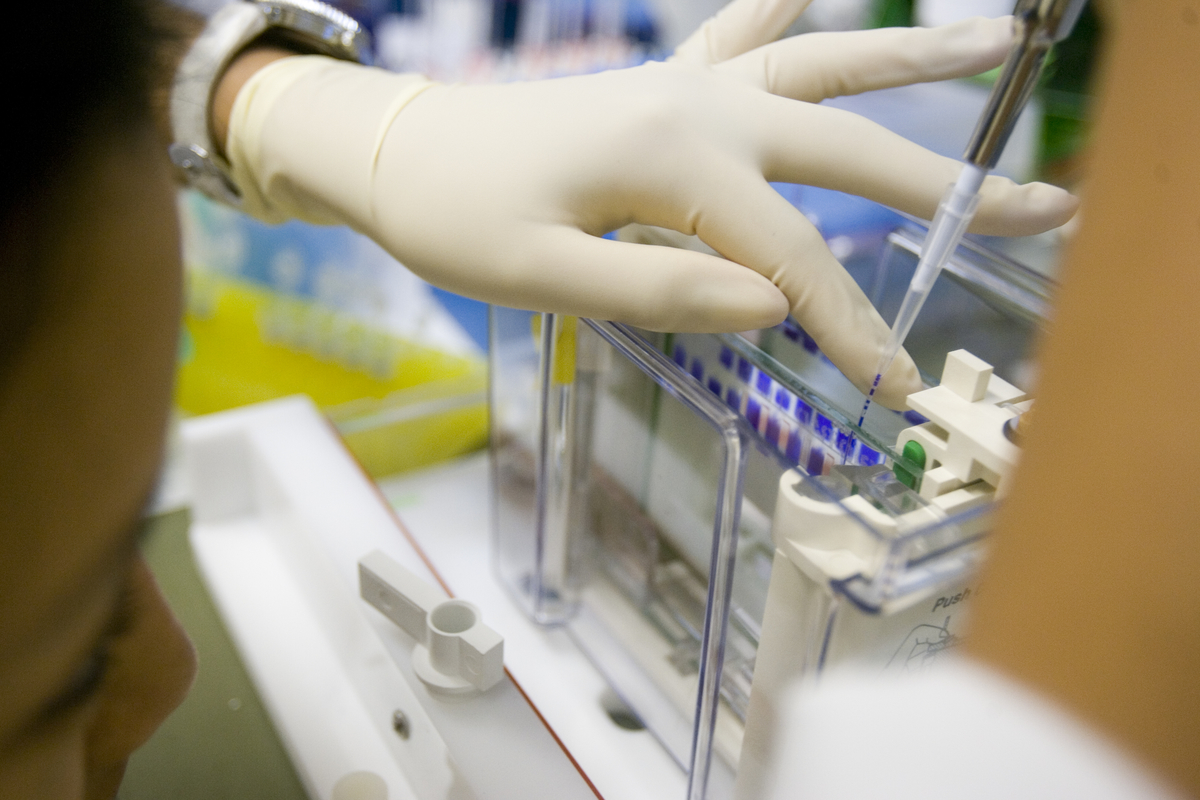 After eight years of study, a team of researchers from the University of California San Diego and Johns Hopkins University published new findings about how to read the body's histone code in the journal Science Advances.

The findings answer a key question in the dynamic research area of epigenetics—adding chemical tags to DNA and histone proteins to alter cell functions without changing DNA sequence. Understanding the fundamental principles of how epigenetic information is transduced in the cell eventually could lead to developing new drugs for fighting diseases like cancer.

In the research article titled "Deciphering and engineering chromodomain-methyllysine peptide recognition," UC San Diego Professor of Chemistry and Biochemistry Wei Wang, provide a mechanistic explanation of how combinations of histone modifications could be read by certain proteins—"reader proteins"—leading to changes of gene expression and interpretation of information coded in the DNA genome.

Applying a metaphor of makeup, Wang explained that if a person makes up his or her face, the makeup might change how the person looks, but he or she can still be identified as the same person. In the body, histone modifications can produce various combinations, like a person's makeup, that can change the chemical properties of the histone proteins.

But Wang and colleagues found that reader proteins recognize those same chemical properties, even if they resulted from different combinations of histone modifications. According to Wang, because the number of possible combinations of different chemical tags is huge, the histone code has not been well defined.

The new findings, however, suggest a way to define the histone code, a computational model depicting the chemical properties of histone proteins. It is like seeing through a person's makeup and revealing the person's true identity.

"Based on the computational model, we are able to engineer the reader proteins to alter or enhance their binding to particular histone modifications," explained Wang. "If reader proteins with certain mutations are generated, we can use them as imaging probes to monitor the dynamics of histone modifications in live cells. This is something that cannot be done using antibodies."