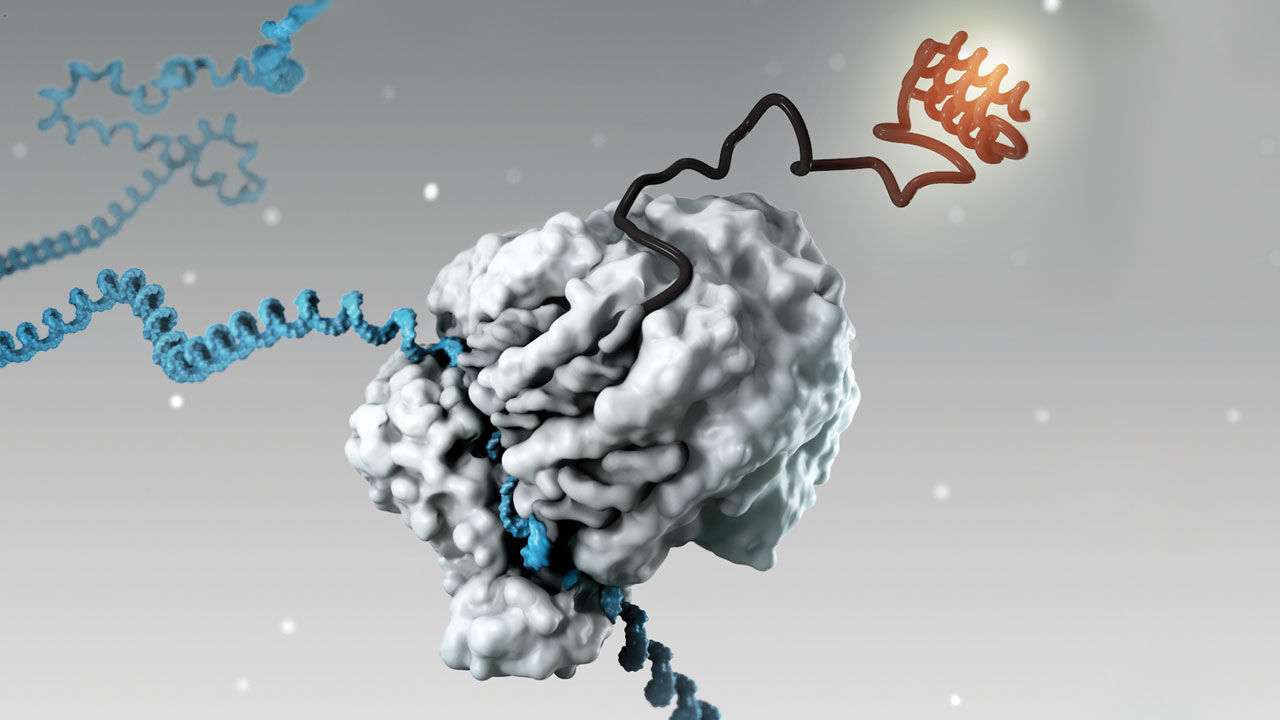 X-ray and electron microscopy techniques help unfold the story of protein chaperones. A combination of X-ray crystallography and cryo-electron microscopy (cryo-EM) assisted in a collaborative effort to obtain the highest-resolution structure of the fungal protein Hsp104, which may serve to hinder the formation of certain degenerative diseases. The team, whose members included researchers from the U.S. Department of Energy’s (DOE) Argonne National Laboratory, also verified a helical structure for the protein-formed hexamers, once believed flat. The results were published online in Structure.

Hsp104 is a hexameric AAA+ protein known as a chaperone, which helps in the natural folding processes of proteins for proper cell function. More importantly, perhaps, this class of hexamers can repair misfolded or aggregated proteins that can lead to protein-caused abnormalities like neurodegeneration. Variants of these chaperones are common among multicellular organisms, but Hsp104 has no homologue among humans and other animals. While it is more robust than human-derive chaperones that can fail under cellular stress; Hsp104 has the observation folding human proteins.

“We did some experiments where we expressed human proteins in yeast, which makes the yeast sick because they aggregate. But if you express Hsp104, the one from the fungus Calcarisporiella thermophila, it protects the yeast from this aggregation disease,” said Argonne Distinguished FellowAndrzej Joachimiak. Joachimiak worked with a team comprising researchers from Argonne, the University of Chicago, Stanford University and the University of Pennsylvania to gain a better understanding of Hsp104’s structure and function.

The team turned to Argonne’s Advanced Photon Source, a DOE Office of Science User Facility, to probe the protein’s structure using X-ray crystallography. They examined 30 different samples, including 14 Hsp104 chaperones from different sources. In this process, a single crystal was plunged into liquid nitrogen and subjected to hard X-rays from which diffraction patterns were collected and the structure reconstructed. Only the protein from the Calcarisporiella fungus diffracted to a high resolution, noted Joachimiak.

To better understand the protein’s structural relationship within a living cell, they next turned to an investigation of the protein in solution. Samples; screened using electron microscopy at the University of Chicago and then sent to Stanford University, where cryo-electron microscopes collected the high-resolution molecular data required to determine structure through complex computation. As with the crystal investigation; the Calcarisporiella sample provided the best resolution.

Now armed with the highest resolution of Hsp104 in both crystal form and in solution; the team was able to make previously unknown or uncertain determinations; about the characteristics and behaviors of the protein. Prior to the team’s discovery; biologists believed that Hsp104 supported five domains; independent sections of the protein that serve specific functions. But the new high-fidelity structures not only revealed just four domains; but a clearer picture of how they relate to each other.

The N terminal domain, for example, believed to bind to a misfolded protein; and help it unfold into a linear form. This allows it to pass through a narrow central channel in the hexamer created by two AAA (ATPases Associated with various cellular Activities) domains. The protein is guided; or translocated, through this channel to the other side of the hexamer; where it now has a new opportunity to fold correctly.

Unravel proteins that can lead to serious disease

“People previously claimed that another, the C terminal domain; was essential for the formation of the hexamer; but we have shown that this is not true,” said Joachimiak. ?”It does not interact with other subunits; but may work as a docking area for other chaperones to help refold proteins.” Another key find helped flip; a long-held belief that Hsp104’s hexamers were flat. Both methods of investigation proved unequivocally that they are helical; helping researchers understand how the chaperone forms the ?”repair” channel.

So, the team plans to continue exploration of the many and varied chaperones that exist outside of the human genome. They believe these chaperones can serve as a therapeutic strategy; with the potential to literally unravel proteins that can lead to serious disease. “It’s possible that there are other chaperones out there that are better than ours; and that they will be able to treat proteins that aggregate in the brain and cause diseases;” said Joachimiak in conclusion.”That would really be fantastic.”