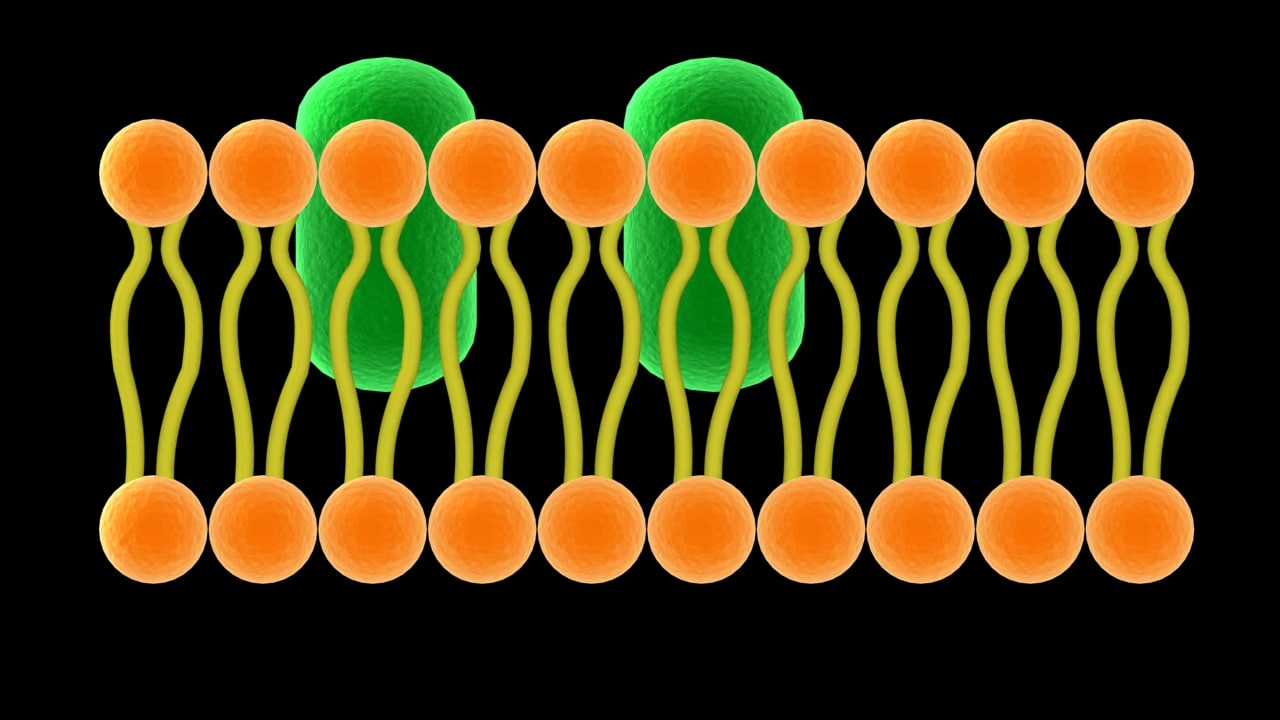 UT Southwestern researchers used cryo-electron microscopy (cryo-EM) to determine the near-atomic structure of the smallest membrane protein solved to date. Their work could lead to better immunotherapies in cancer and improved treatments for autoimmune diseases like lupus. Cryo-EM — the technology credited with the “resolution revolution” underway in structural biology — uses a massive microscope to shoot a narrow stream of electrons through thin, flash-frozen samples. The STING (Stimulator of Interferon Genes) protein studied in UT Southwestern’s 24/7 Cryo-Electron Microscopy Facility is about half the size of the next-smallest membrane protein determined, the researchers said.

So, UT Southwestern’s Dr. Zhijian “James” Chen is a corresponding author on three studies published online today by Nature that describe this work. Two studies reveal the first full-length structure of the elusive STING protein attached to different molecules in the pathway. STING is a key member of an important pathway in innate immunity — the body’s first line of defense against infections. The third study gives insight into the primitive function of the cGAS-STING pathway and underscores the importance of understanding its protein structure.

cGAMP binds to STING and launches an immune response

“Having the structure of the full-length STING protein at near-atomic resolution is very important for understanding innate immunity. It is also important for developing drugs that activate STING for cancer immunotherapy; or inhibit the protein for treatment of autoimmune diseases; like lupus and arthritis;” said Dr. Chen.

Finally, Dr. Chen received the $3 million 2019 Breakthrough Prize in Life Sciences for his discovery of the cGAS enzyme. That DNA sensor launches the body’s immune defense against infections and cancers in a pathway in which the STING protein is pivotal. The cGAS enzyme patrols the cell’s interior and triggers an immune response when it encounters foreign DNA. It can also trigger autoimmunity when it finds self-DNA in areas of the cell where that genetic material should not exist. cGAS produces a small molecule called cGAMP (cyclic GMP-AMP), which binds to STING and launches an immune response.
“The cGAS-cGAMP-STING pathway leads to interferon production in mammals in response to DNA invasion,” Dr. Chen said. Interferons — signaling proteins — tell cells to heighten their defenses against foreign invaders. One of the two structural studies reports the first structure of STING in complex with TBK1 (Tank-Binding Kinase 1), the molecule that activates it and leads to production of specific interferons and other signaling molecules. The experiments, which used both human and chicken STING proteins, also reveal the tail end of STING, which was invisible in previous structures.

Cryo-EM has become a powerful tool

That tail is lacking in STING from sea anemones, the subject of Dr. Chen’s third paper. Sea anemones are part of a group of invertebrates (creatures that lack a backbone); thought to exist for hundreds of millions of years before the first humans did. That study finds that STING in sea anemones can activate an immune response through autophagy. Often called cellular housekeeping, autophagy clears away unwanted molecules — in this case pathogens — within the cell by breaking them down for recycling. Humans have the c-GAS-STING-to-autophagy immune pathway as well as the c-GAS-STING-to-interferon pathway that sea anemones lack.

“STING is by far the smallest membrane protein that has been solved to near-atomic resolution using cryo-EM,” said Dr. Xiaochen Bai, a co-corresponding author of the two STING structure papers. “Therefore, this accomplishment represents another milestone in the history of cryo-EM structural determination, and indicates that cryo-EM has become a powerful tool to study small membrane-embedded biological macromolecules.” Dr. Bai is an Assistant Professor of Biophysics and Cell Biology and a Virginia Murchison Linthicum Scholar in Medical Research.

“The longtime preferred technology for structural biology — X-ray crystallography — requires molecules to be crystallized in order to determine their structures. However, membrane proteins have been notoriously difficult to crystallize,” explained Dr. Zhang, a Virginia Murchison Linthicum Scholar in Medical Research. “Even when they do crystallize, they often diffract an X-ray beam very weakly, making it difficult to derive high-resolution structures from the diffraction data. These new studies demonstrate the special advantages of cryo-EM in eliminating the need to grow crystals. So, another advantage of cryo-EM is that it is possible to capture multiple conformations — or dynamic structures — from one sample, which allows us to generate ‘movies’ to understand how macromolecules act,” he said.