Eggs for Breakfast Benefits Those with Diabetes 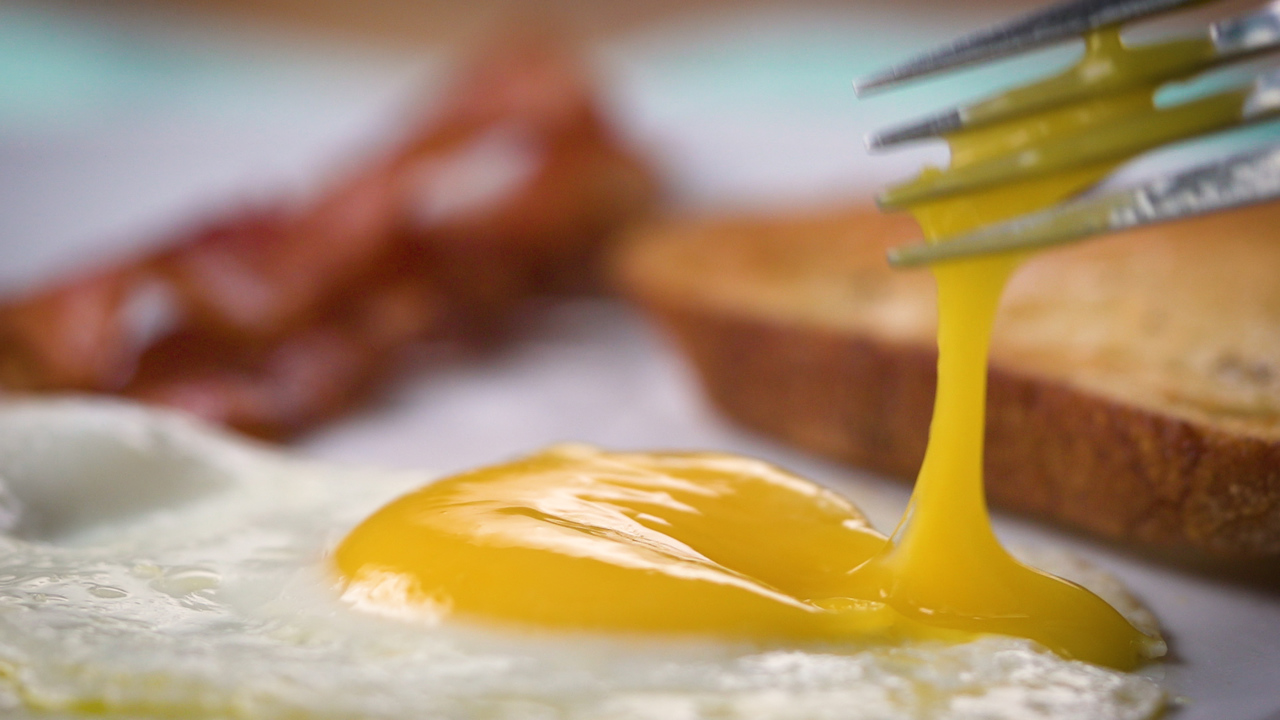 While some cereals may be the breakfast of champions, a UBC professor suggests people with Type 2 Diabetes (T2D) should be reaching for something else. Associate Professor Jonathan Little, who teaches in UBC Okanagan’s School of Health and Exercise Sciences, published a study this week demonstrating that a high-fat, low-carb breakfast (LCBF) can help those with T2D control blood sugar levels throughout the day. “The large blood sugar spike that follows breakfast is due to the combination of pronounced insulin resistance in the morning in people with T2D and because typical Western breakfast foods — cereal, oatmeal, toast and fruit — are high in carbohydrates,” says Little.

Breakfast, he says, is consistently the “problem” meal that leads to the largest blood sugar spikes for people with T2D. His research shows that by eating a low-carb and high-fat meal first thing in the morning is a simple way to prevent this large spike, improve glycemic control throughout the day, and perhaps also reduce other diabetes complications. Study participants, with well-controlled T2D, completed two experimental feeding days. On one day, they ate an omelette for breakfast and on another day, they ate oatmeal and some fruit. An identical lunch and dinner were provided on both days.

A continuous glucose monitor — a small device that attaches to your abdomen; and measures glucose every five minutes — was; used to measure blood sugar spikes across the entire day. Participants also reported ratings of hunger, fullness and a desire to eat something sweet or savory. Little’s study determined that consuming a very low-carbohydrate high-fat breakfast completely prevented; the blood sugar spike after breakfast; and this had enough of an effect to lower overall glucose exposure and improve the stability of glucose readings for the next 24 hours.

“We expected that limiting carbohydrates to less than 10 per cent at breakfast would help prevent the spike after this meal,” he says. “But we were; a bit surprised that this had enough of an effect; and that the overall glucose control and stability were; improved. We know that large swings in blood sugar are damaging to our blood vessels, eyes, and kidneys. The inclusion of a very low-carbohydrate high-fat breakfast meal in T2D patients may be a practical and easy way to target the large morning glucose spike and reduce associated complications.”

He does note that there was no difference in blood sugar levels in both groups later in the day; suggesting that the effect for reducing overall post-meal glucose spikes can be; attributed to the breakfast responses; with no evidence that a low-carb breakfast worsened glucose responses; to lunch or dinner.”The results of our study suggest potential benefits of altering macronutrient distribution; throughout the day so that carbohydrates are restricted at breakfast; with a balanced lunch and dinner rather than consuming an even distribution; and moderate amount of carbohydrates throughout the day.”

As another interesting aspect of the research, participants noted that pre-meal hunger and their cravings for sweet foods later in the day tended to be lower if they ate the low-carb breakfast. Little suggests this change in diet maybe a healthy step for anybody, even those who are not living with diabetes. Little’s study was published in the American Journal of Clinical Nutrition. His research is funded by the Canadian Institutes of Health Research and a Michael Smith Foundation for Health Research Scholar Award.