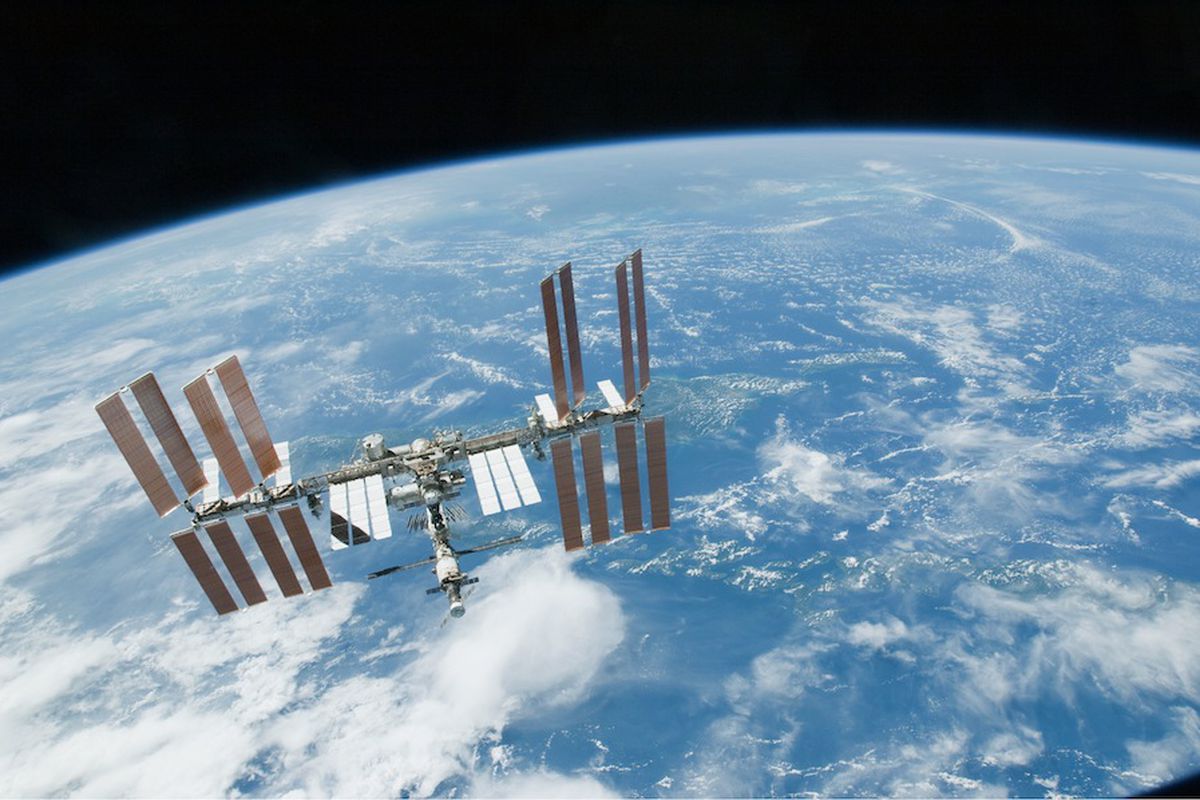 Microbes stranded in the International Space Station (ISS) are just trying to survive, man. A new Northwestern University study has found that – despite its seemingly harsh conditions – the ISS is not causing bacteria to mutate into dangerous, antibiotic-resistant superbugs.

While the team found that the bacteria isolated from the ISS did contain different genes than their Earthling counterparts, those genes did not make the bacteria more detrimental to human health. The bacteria are instead simply responding, and perhaps evolving, to survive in a stressful environment.

"There has been a lot of speculation about radiation, microgravity and the lack of ventilation and how that might affect living organisms, including bacteria," said Northwestern's Erica Hartmann, who led the study. "These are stressful, harsh conditions. Does the environment appear for superbugs because they have an advantage? The answer appears to be 'no.'"

The study was published in the journal  mSystems . Hartmann is an assistant professor of environmental engineering at Northwestern's McCormick School of Engineering. As the conversation about sending travelers to Mars gets more serious, there has been an increasing interest in understanding how microbes behaves in enclosed environments.

"People will be in little capsules where they can not open windows, go outside or circulate the air for long periods of time," said Hartmann. "We're genuinely concerned about how this could affect microbes."

The ISS houses thousands of different microbes, which have traveled into space on astronauts or in charge. The National Center for Biotechnology Information maintains a publicly available database, containing the genomic analyzes of many bacteria isolated from the ISS. Hartmann's team used that data to compare the strains of  Staphylococcus aureus  and  Bacillus cereus  on the ISS to those on Earth.

Found on human skin,  S. aureus  contains the tough-to-treat MRSA strain. B. cereus  lives in soil and there are fewer implications for human health. "Bacteria that live on skin are very happy there," Hartmann said. "Your skin is warm and there are certain oils and bacteria that bacteria really like." When you shed those bacteria, they find themselves living in a very different environment.

To adapt to living on surfaces, the bacterium containing advantageous genes are selected for or they mutate. For those living on the ISS, these genes potentially helped the bacteria respond to stress, so they could eat, grow and function in a harsh environment.

"Based on genomic analysis, it looks like bacteria are adapting to live – not evolving to cause disease," said Ryan Blaustein, a postdoctoral fellow in Hartmann's laboratory and the study's first author. "We did not see anything special about antibiotic resistance or virulence in the space station's bacteria."

Although this is good news for astronauts and potential space tourists, Hartmann and Blaustein are careful to point out that unhealthy people can still spread illness on space stations and space shuttles.

"Everywhere you go, you bring your microbes with you," Hartmann said. "Astronauts are exceedingly healthy people But as we talk about expanding space flight to tourists who do not necessarily meet astronaut criteria, we do not know what will happen We can not say that if you put someone with an infection into a closed bubble in space that it will not transfer to other people. It's like when someone coughs on an airplane, and everyone gets sick. "