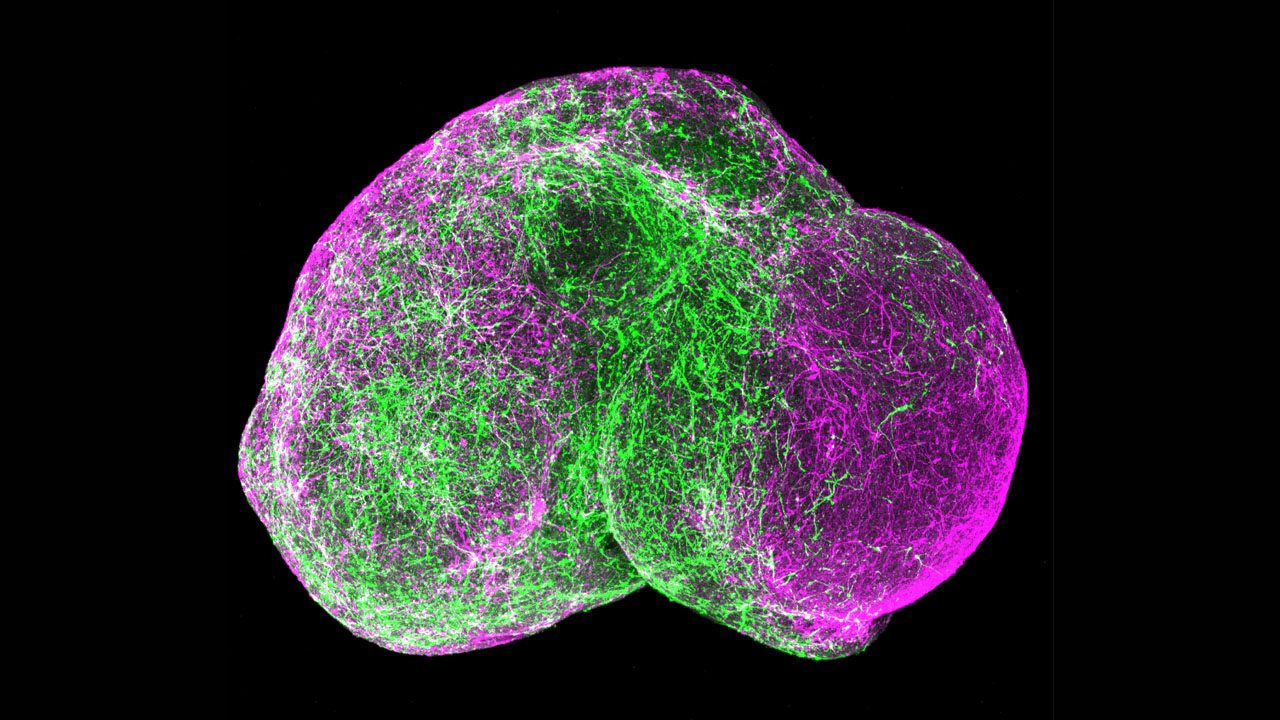 Induced pluripotent stem cells (also known as iPS cells or iPSCs) are a type of pluripotent stem cell that can be generated directly from adult cells. The iPSC technology; pioneered by Shinya Yamanaka’s lab in Kyoto, Japan; who showed in 2006 that the introduction of four specific genes encoding transcription factors could convert adult cells into pluripotent stem cells.
He was awarded the 2012 Nobel Prize along with Sir John Gurdon “for the discovery that mature cells can be reprogrammed to become pluripotent.”Pluripotent stem cells hold promise in the field of regenerative medicine. Because they can propagate indefinitely, as well as give rise to every other cell type in the body (such as neurons, heart, pancreatic, and liver cells), they represent a single source of cells that could be used to replace those lost to damage or disease.

Induced pluripotent stem cells; the workhorse of many regenerative medicine projects; start out as differentiated cells; that have reprogramming to pluripotent stem cells by exposure to a complex set of genetic cocktails. Mayo researchers now report that using the measles virus vector; they’ve trimmed that multi-vector process with four reprogramming factors down to a single “one cycle” vector process. They say the process is safe, stable, faster and usable for clinical translation. The findings appear in the journal Gene Therapy.

“If we’re going to successfully use reprogrammed stem cells to treat patients in the clinic; we need to ensure that they are safe and effective; that is, not prone to the risk of mutation and potential tumors;” says Patricia Devaux. “The measles virus vector has long usage of safety at Mayo for treating cancer; so it is very safe. Now that we’ve combined a multiple-vectors process into one; it’s efficient as well.”

Previously, the four reprogramming factors: proteins OCT4, SOX2, KLF4 and cMYC; had to be introduce individually to the cells to induce them to change in the proper fashion for the desired outcome. That led to potential partially reprogrammed cells; as not all cells received the four factors required for reprogramming. The new Mayo process combines those factors within the measles virus vector; so the process happens in one step and all targeted cells have the potential to reprogram.

So it should be noted that this measles virus is attenuated; that is all dangerous aspects of the virus have been removed; as they are in a vaccine, and the virus becomes a vector or carrier for other genetic material. The measles virus vaccine strain is often used today; because it is safe, fast and targetable. The researchers say a clinically applicable reprogramming system; free from genomic modifications will go a long way; to making widespread use of induced pluripotent stem cell therapies feasible. However, these are therapies in which an individual’s own cells are reprogrammed; can then have an usage to work; in a particular diseased organ; thus avoiding risk of cell rejection.