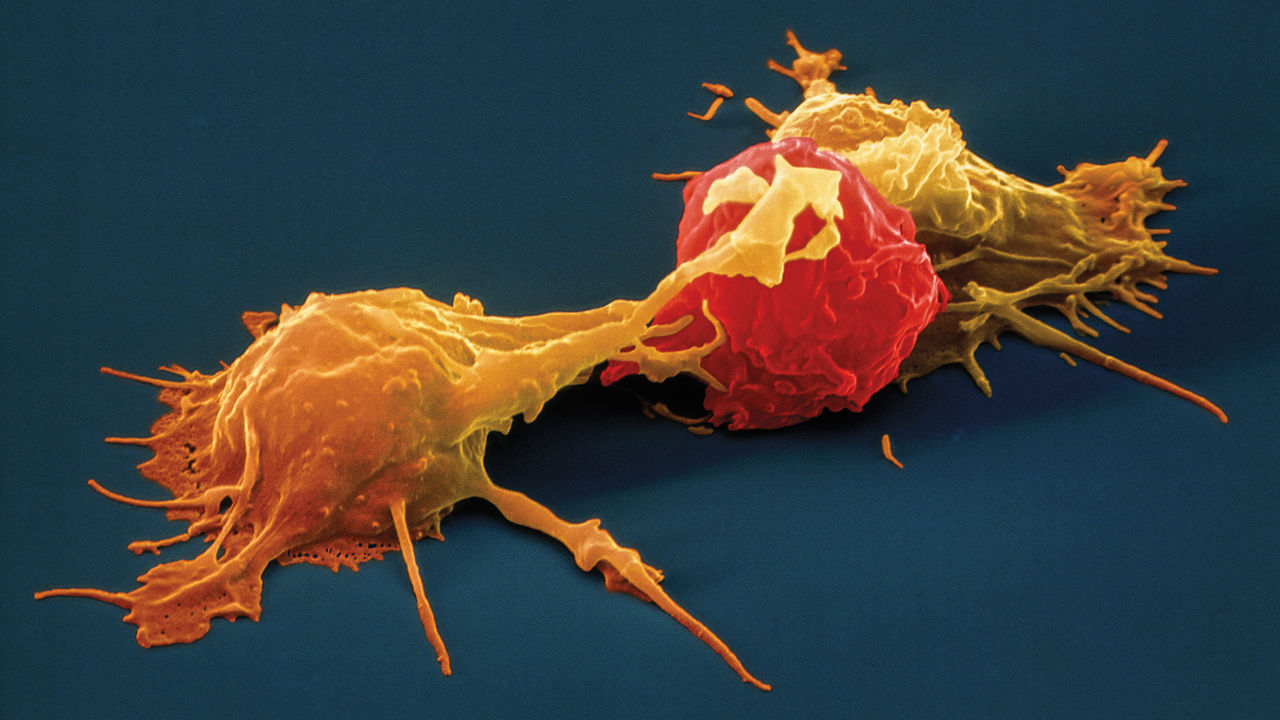 After 10 years in remission, Derek Ruff’s cancer returned, this time as stage IV colon cancer. Despite aggressive rounds of chemotherapy, palliative radiotherapy and immunotherapy, his disease progressed. In February 2019, as part of a phase I clinical trial at Moores Cancer Center at UC San Diego Health; Ruff became the first patient in the world; treated for cancer; with a human-induced pluripotent stem cell (iPSC)-derived cell therapy called FT500.

“This is a landmark accomplishment for the field of stem cell-based medicine and cancer immunotherapy. This clinical trial represents the first use of cells; produced from human induced pluripotent stem cells; to better treat and fight cancer;” said Dan Kaufman, MD, Ph.D.; professor of medicine in the Division of Regenerative Medicine; and director of cell therapy at University of California San Diego School of Medicine.

“This is a culmination of 15 years of work. My lab was the first to produce natural killer cells; from human pluripotent stem cells. Together with Fate Therapeutics; we’ve been able to show in preclinical research that this new strategy; to produce pluripotent stem cell-derived natural killer cells; can effectively kill cancer cells in cell culture and in mouse models.”The off-the-shelf, iPSC-derived natural killer (NK) cell cancer immunotherapy received U.S. Food and Drug Administration approval to move into clinical trials in November 2018.

So, Kaufman has been collaborating with Fate Therapeutics over the past four years to bring iPSC-derived NK cells to patients with cancer. NK cells; specialized immune cells that are very potent at killing cancer cells. While NK cells isolated from the blood of donors or patients, this trial uses NK cells entirely produced in the lab from human iPSCs. Since human iPSCs possess the unique dual properties of unlimited self-renewal and differentiation potential into all cell types of the body, these cells can be used as starting material to mass produce NK cells at significant scale in a cost-effective manner.

So, the FT500 clinical trial is a two-arm study with up to 64 patients for the treatment of advanced solid tumors. However, it is to assess the safety and effectiveness of multiple doses of FT500 administered over multiple cycles as a monotherapy and as a combination treatment with one of three checkpoint inhibitor-based immunotherapies—nivolumab, pembrolizumab or atezolizumab—in patients where previous treatments have not worked or who have confirmed disease progression on checkpoint inhibitor therapy.

Howver, Sandip Patel, MD, principal investigator for the FT500 trial at Moores Cancer Center and lead physician for Ruff’s NK cell therapy treatment, is excited by the prospect of cell-based immunotherapy in solid tumors. “We are interested in expanding our armamentarium of immune cell types we target in solid tumors, which to date have mainly been T-cell directed therapies, and expanding to other cell types, such as natural killer cells, which may have unique advantages in treating certain cancer types,” said Patel, who specializes in cancer immunotherapy and early phase clinical trials.

“The ability to work on a truly pluripotent stem cells with an innovative local San Diego company such as Fate Therapeutics and with collaborators such as Dan Kaufman at UC San Diego is particularly exciting.” Kaufman began focusing on NK cells while working at the University of Minnesota. So, his original goal was to make early human iPSCs for use in blood and marrow transplant as a supplement or substitute for donor cells. As the cancer field grew, it spurred his interest into moving into a cell therapy application.