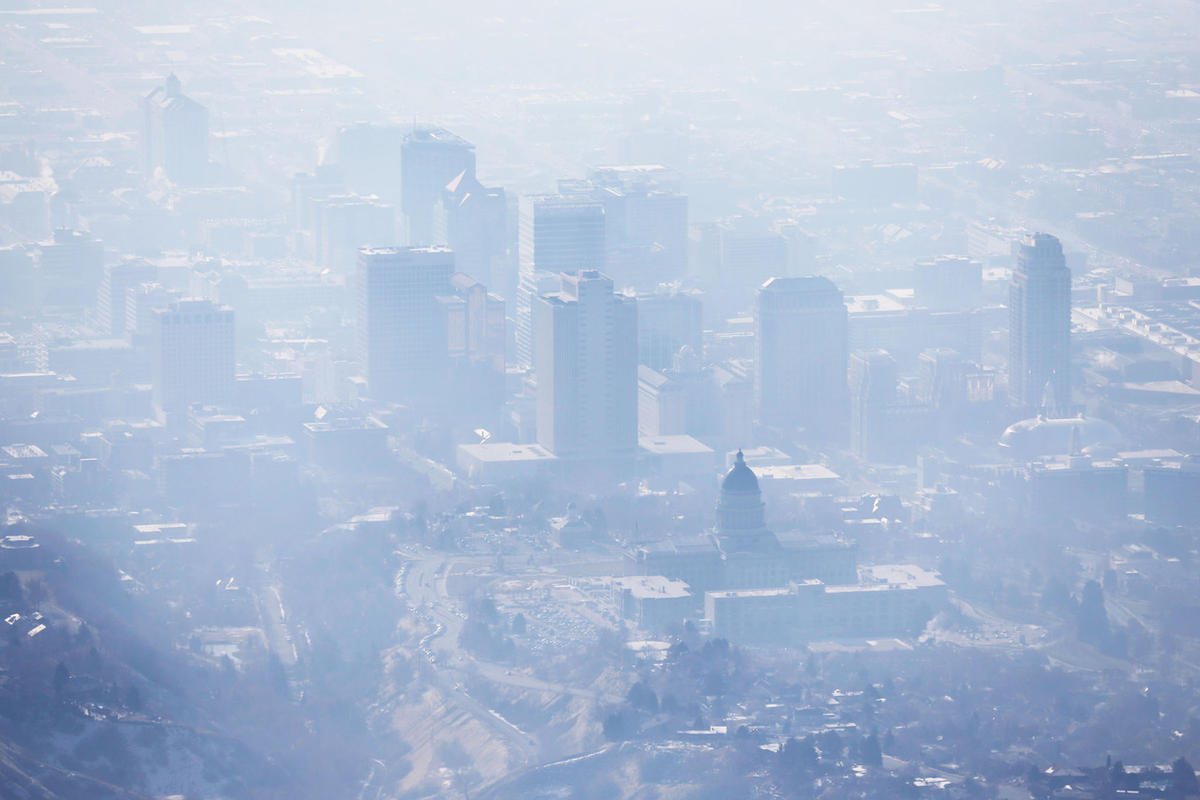 The air in the United States is much cleaner than even a decade ago. But those improvements have come mainly in summer, the season that used to be the poster child for haze-containing particles that cause asthma, lung cancer, and other illnesses. The study, published in the Proceedings of the National Academy of Sciences, shows that the particles follow different pathways in the winter.

A new study led by the University of Washington shows why winter air pollution levels have remained high, despite overall lower levels of harmful emissions from power plants and vehicles throughout the year.

"In the past 10 years or so, the summer air pollution levels have decreased rapidly, whereas the winter air pollution levels have not. Air quality in summer is now almost the same as in winter in the eastern U.S.," said corresponding author Viral Shah. "We have pinpointed the chemical processes that explain the seasonal difference in response to emissions reductions."

Particles that form smog come in different flavors. Two important ones are sulfates, from sulfur dioxide emitted mainly by coal-fired power plants, and nitrates, created from nitrogen oxides known collectively as NOx. Air-quality regulations have lowered sulfur dioxide in the U.S. by 68 percent between 2007 and 2015, and NOx by about a third during that time.

Summertime levels of particulates -; when the two flavors of oxides clump up into watery packets of nitrates and sulfates that create beautiful sunsets but harm human health -; have dropped in the eastern U.S. by about a third during that time. But the winter concentrations of particulates have decreased by only half as much, for reasons that had been unclear.

"The air quality models that we use to understand the origin of air pollution perform quite well in summer but have some issues in the wintertime. Before this study, we could not reproduce the observed particulate composition in winter," said Lyatt Jaeglé. "We now have a better tool to look at what is the best strategy to improve wintertime air quality on regional scales in the eastern U.S., and potentially other places, like Europe and Asia."

In the summer, some of the emitted NOx and sulfur dioxide remains in the gas phase and gets zapped by sunlight or deposited on land, and the rest forms particulates in the form of nitrates and sulfates. As the primary ingredients drop, so do the levels of particulates.

But the new analysis shows that the chemistry of wintertime air follows a more complex path. With less sunlight and colder temperatures, more of the chemistry happens in the liquid phase, on the surfaces of existing particulates or liquid and ice clouds.

In that phase, as the primary ingredients drop, the efficiency of converting sulfur dioxide to sulfate rises, because more oxidants are available. And as sulfate goes down, the particulates become less acidic, making NOx convert more easily to nitrates.

The study predicts that unless emissions reductions outpace current forecasts, air quality in winter will continue to improve only gradually until at least 2023. At this rate it would be several years before emissions reach levels when wintertime pollution starts to drop more quickly.

The findings suggest that more emissions reductions, of both sulfur and nitrogen oxides, will be needed to improve wintertime air quality in the Eastern U.S. and other cold climates.

"This research helps explain why emissions controls to reduce air pollution substances, such as sulfate and nitrate, have not been as successful as expected in the eastern U.S. in winter," said Sylvia Edgerton. "The WINTER field campaign produced a unique set of winter observations. They demonstrate that chemical feedbacks during winter months counteract expected reductions in air pollution due to reduced emissions."