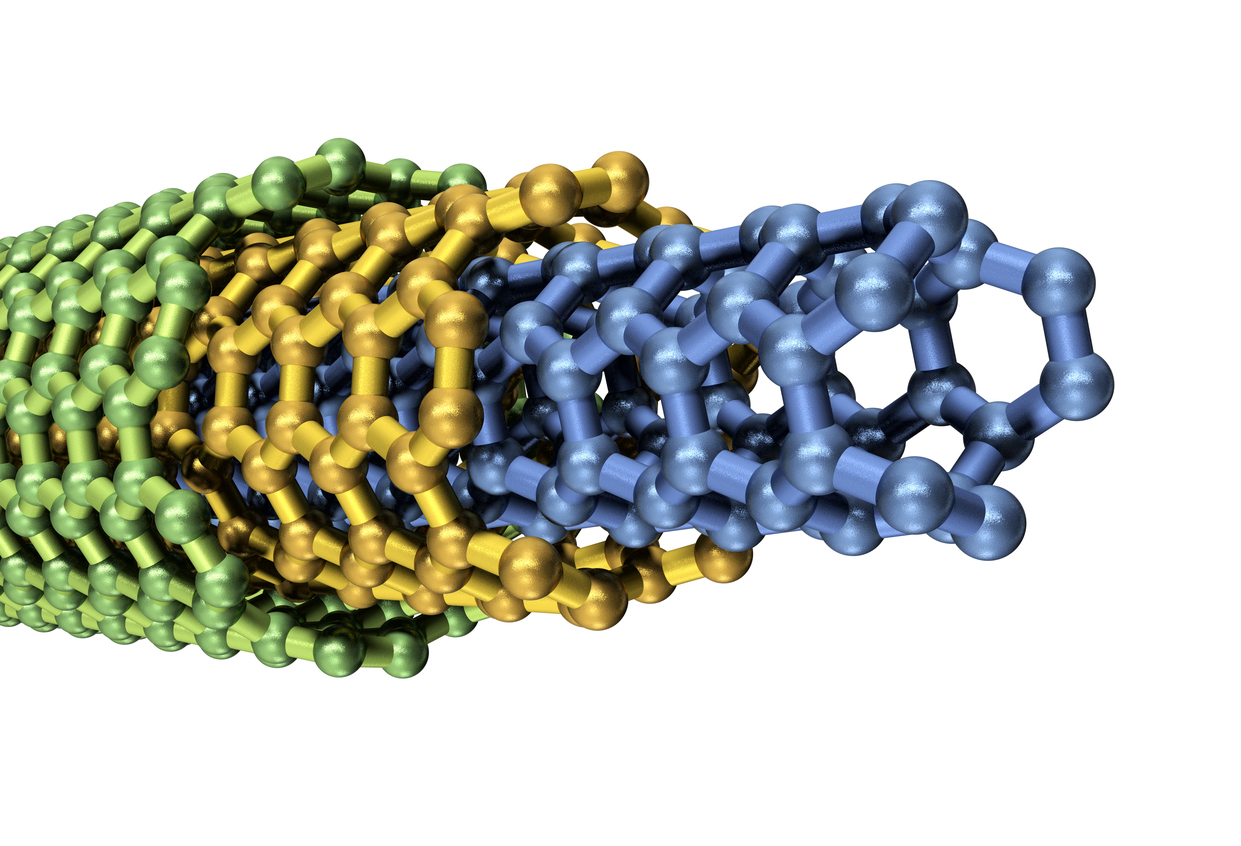 According to Rice University scientists, The introduction of purified carbon nanotubes appears to have a beneficial effect on the early growth of wheatgrass. However, in the presence of contaminants, those same nanotubes could do great harm. The research appears in the Royal Society of Chemistry journal  Environmental Science: Nano .

The Rice lab of chemist Andrew Barron grew wheatgrass in a hydroponic garden to test the potential toxicity of nanoparticles on the plant. To their surprise, they found one type of particle dispersed in water helped the plant grow bigger and faster.

They suspect the results spring from nanotubes 'natural hydrophobic (water-avoiding) nature that in one experiment apparently facilitated the plants' enhanced uptake of water.

The lab mounted the small-scale study with the knowledge that the industrial production of nanotubes will inevitably lead to their wider dispersal in the environment. The study cited rapid growth in the market for nanoparticles in drugs, cosmetic, fabrics, water filters and military weapons, with thousands of tons produced annually.

Despite their widespread use, Barron said few researchers have looked at the impact of environmental nanoparticles – whether natural or human-made – on plant growth.

The planted wheatgrass seeds in multiple replicates in wool and fed them with dispersions that contained raw single-walled or multi-walled nanotubes, purified single-walled nanotubes or iron oxide nanoparticles that mimicked leftover catalyst attached to nanotubes. The solutions were either water or tetrahydrofuran (THF) , an industrial solvent. Some of the seeds were fed pure water or THF as a control.

After eight days, the plantings showed that purified single-walled nanotubes in water increased the germination rate and shoot growth of wheatgrass, which grew an average of 13 percent larger than plants in plain water. Raw single- and multi-walled nanotubes and particles in either solution had little effect on the plants' growth, they found.

The concern, Barron said, is that if single-walled nanotubes combine with organic pollutants like pesticides, industrial chemicals or solvents in the environment, they can concentrate and immobilize the toxins and enhance their uptake by plants.

Nothing seen in the limited study indicated whether carbon nanotubes in the environment, and potentially in plants, will rise up the food chain and be harmful to humans , he said.

On the other hand, the researchers said it could be worth looking at whether hydrophobic substrates that mimic the positive effects observed in single-walled nanotubes could be used for high-efficiency channeling of water to seeds.

"Our work confirms the importance of thinking about nanomaterials as part of a system rather in isolation ," Barron said. "It is the combination with other compounds that is important to understand."