Way to Enhance Effectiveness and Safety of Sonogenetics revealed 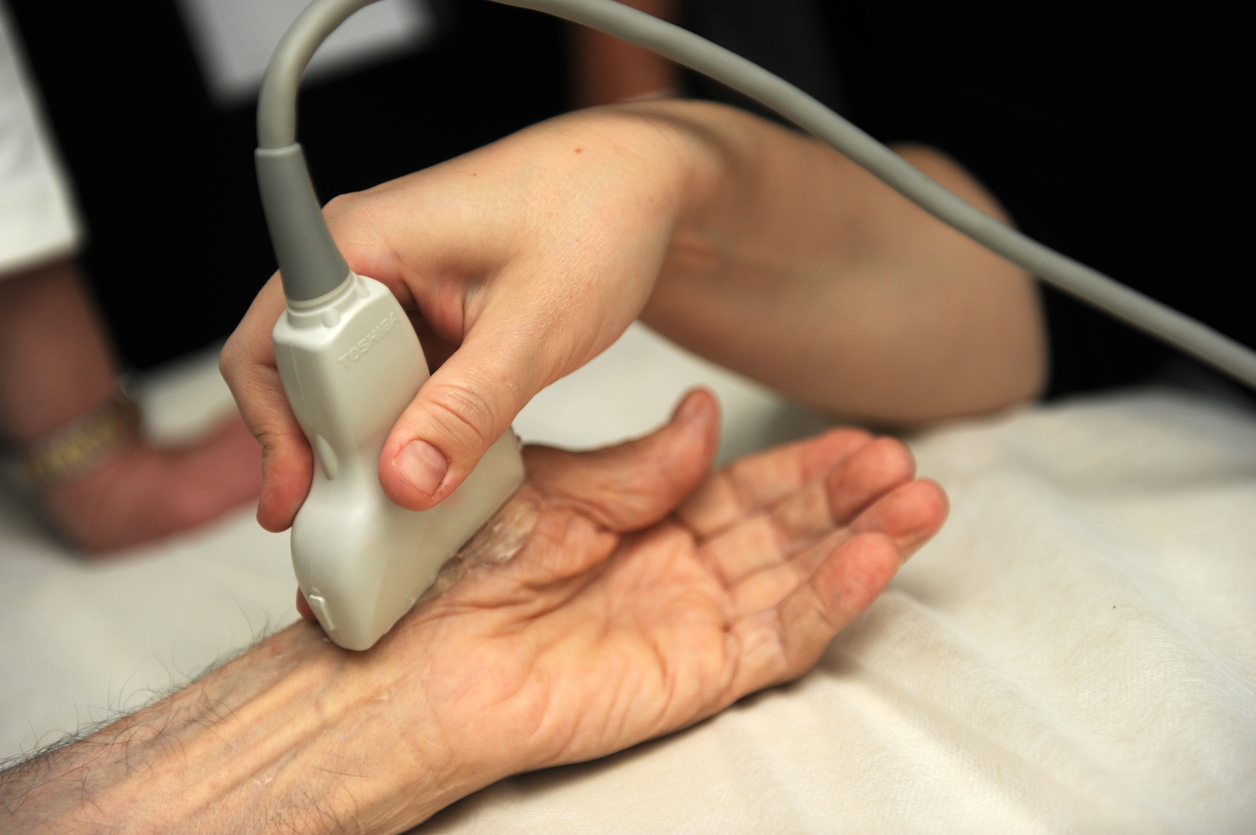 Researchers at Duke University have discovered a way to enhance the effectiveness and safety of sonogenetics or ultrasonic modulation, emerging techniques that use sound waves to control the behavior of individual neurons or to promote tissue growth and wound healing in other cells.

Ultrasonic therapy often uses targeted ultrasound waves to create cavitation bubbles — tiny balloons of rapidly oscillating air pockets that stretch nearby cell membranes when they burst. This stretching can activate calcium ion channels, causing a neuron to fire, or can signal the body's repair mechanisms to crank into overdrive.

If a bubble is too big or too close, however, the technique can damage or destroy nearby cells. While this may be the desired result in applications such as cancer therapy, researchers of sonogenetics typically want to avoid damage.

In a new study, biomedical engineers found that by attaching microscopic beads to receptors on the cell's surface, they can produce the technique's cell-stretching, calcium-releasing effects much more safely. The results appeared online in the Proceedings of the National Academy of Science.

"To get ion channels and pores in a cell's membrane to open, you typically have to stretch it very strong and very fast," said Pei Zhong, the Anderson-Rupp Professor of Mechanical Engineering and Materials Science at Duke. "But we discovered that attaching microbeads to the cell's surface amplifies the cell's response during cavitation and produces the same result with much less risk of cellular injury."

Produced when a force creates a void in liquid, cavitation bubbles can be powerful enough to cause severe damage to ship propellers. While the cavitation bubbles created during medical procedures are not nearly that strong, they can still cause a lot of damage. And because of their speed and randomness, it is very difficult to study their effects on nearby cells.

The new study is the first to use an experimental platform that Zhong's team built in 2015 to study sonoporation that reliably produces tandem cavitation bubbles in exactly the same spot every time. By placing different types of cells at various distances from the bubbles, researchers can begin to explore the details of how cells respond.

For the first follow-up study to use the platform, Zhong chose to look at calcium signaling. "Calcium signaling regulates many important cellular functions, like muscle contraction, neural communication, gene transcription and tissue growth," said Fenfang Li, lead author of the study. "Previous studies have shown that sonogenetics and sonoporation cause a calcium response, which can make neurons fire or promote healing in other cells, so we wanted to take a closer look."

The results showed that cavitation bubbles actually produce two types of calcium responses: slow waves and fast waves. But most interestingly, the study showed that microbeads attached to the cell's surface can catch some of the bubbles' energy so they tug at the membrane's surface. This provides more localized deformation — and a stronger calcium response — from a slower, softer wave.

"This strategy can stimulate the cells at a safe distance from the cavitation bubbles," said Zhong. "The approach should make it much easier for researchers to safely use sonogenetics in human therapies."