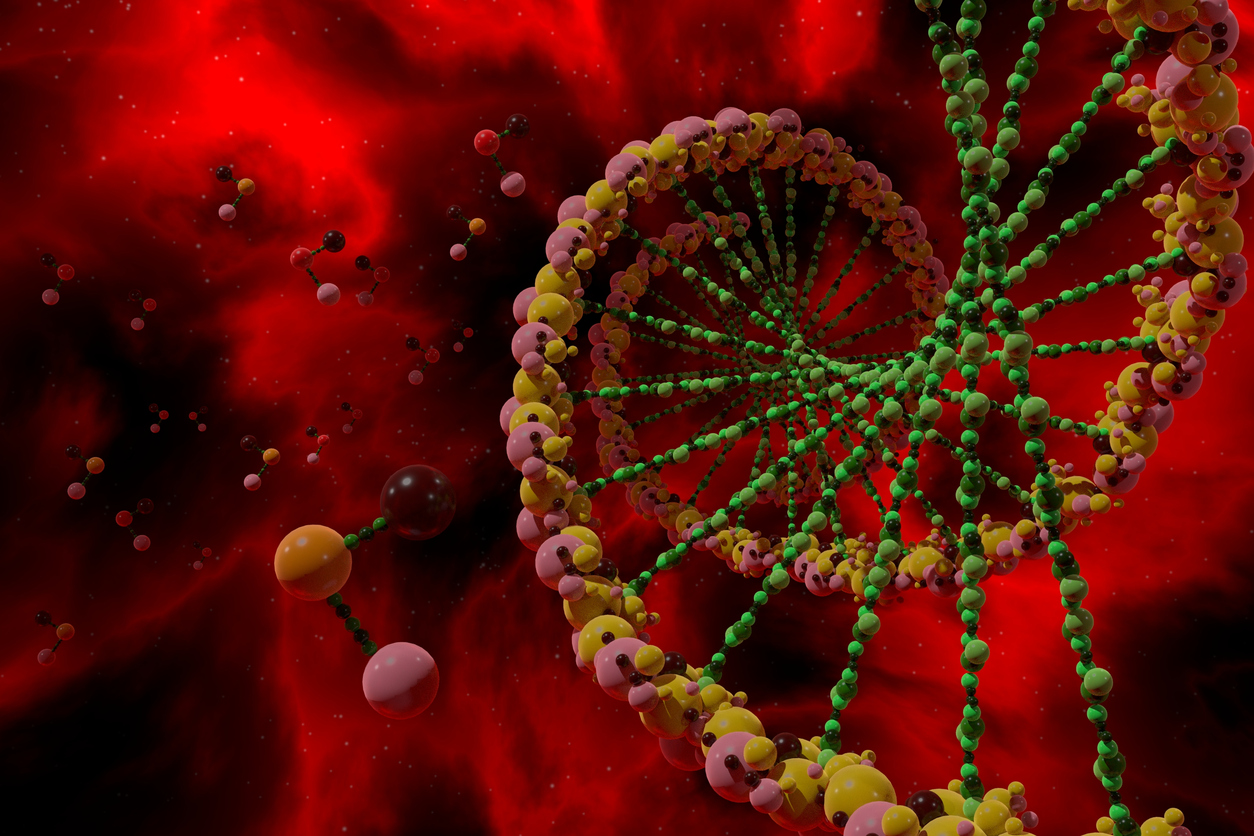 A technique used in genetic engineering is the CRISPR-Cas9 nuclease system. DNA can be cut at a desired site using this system, where genes can be deleted or added. The site is targeted by a 'guide RNA' molecule bound to the Cas9 protein. A team led by Mikihiro Shibata from Kanazawa University and Osamu Nureki from the University of Tokyo visualized the dynamics of the CRISPR-Cas9 complex, using high-speed atomic force microscopy.

CRISPR is the acronym for "clustered regularly interspaced short palindromic repeats," and refers to a set of bacterial DNA sequences containing fragments of the DNA of viruses that have earlier infected the bacteria. "Cas" are CRISPR-associated genes. Among these "Cas9" has two nuclease domains (Nucleases are enzymes capable of cleaving DNA and RNA).

Atomic force microscopy (AFM) is an imaging technique in which the image is captured through a horizontal scanning motion controlled by piezoelectric elements and vertical motion which provides a height profile of the sample's surface.

A high-speed form of AFM (HS-AFM) can be used to produce movies of a sample's activity in real time, which has been used to study protein dynamics. The researchers used this set-up which can provide extremely fast, repeated scans which were then converted into movies – of the CRISPR-Cas9 biomolecules taking part in the molecular scissoring action.

When Cas9 was studied without and with RNA attached (Cas9-RNA), the scientists found that the former could adopt various conformations. The latter (Cas9-RNA) however, had a conformationally-stable fixed, two-lobe structure, signifying the ability of the guide RNA.

Shibata and team looked at how the stabilized Cas9-RNA complex targets DNA and found that it binds to a pre-selected protospacer adjacent motif (PAM) site in the DNA. They found that the DNA target ('DNA interrogation') is attained through 3D diffusion of the Cas9-RNA complex.

Lastly, the researchers visualized the dynamics of the cleavage process itself and identified how the region of 'molecular scissors' of CRISPR-Cas9 undergoes conformational fluctuations after Cas9-RNA locally unwinds the double-stranded DNA.

The work of Shibata furthers our understanding of the CRISPR-Cas9 genome-editing mechanism. The researchers said: ".. this study provides unprecedented details about the functional dynamics of CRISPR-Cas9, and highlights the potential of HS-AFM to elucidate the action mechanisms of RNA-guided effector nucleases from distinct CRISPR-Cas systems."