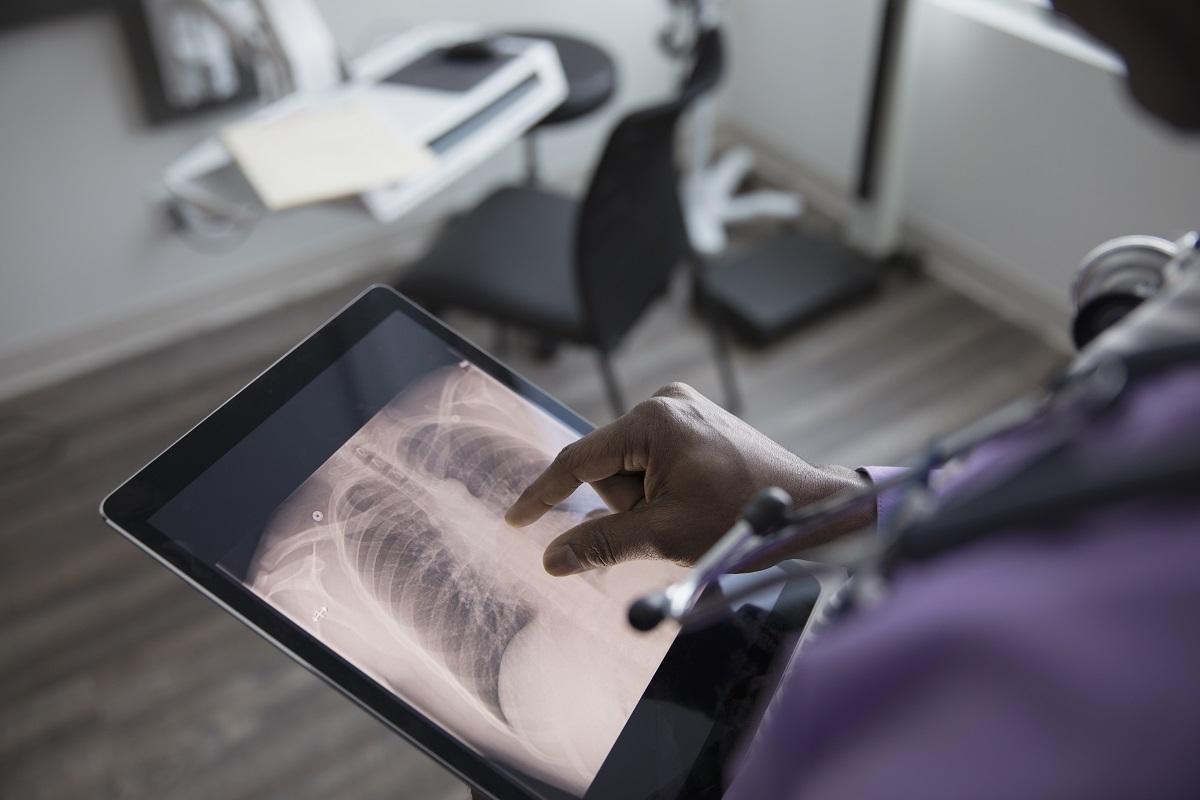 First results from a clinical trial of a procedure to open obstructed airways in patients with chronic obstructive pulmonary disease (COPD) have shown that it significantly reduces problems associated with the disease and is safe.

Presenting findings from the AIRFLOW 2 phase II clinical trial, the principal investigator, Dr Dirk-Jan Slebos, from the University Medical Centre Groningen (The Netherlands), told the European Respiratory Society International Congress that a technique called Targeted Lung Denervation (TLD) had reduced COPD problems by more than 50% in patients who received the active treatment compared to patients who received the sham treatment.

TLD involves passing a special catheter through an instrument called a bronchoscope into the lungs. The bronchoscope allows doctors to see the inside of a patient's airways and to use the catheter to deliver a type of electrical charge called radiofrequency energy to the nerves on the outside of the airways, interrupting their normal function.

The AIRFLOW 2 clinical trial is taking place in several centres in six European countries. Patients are randomised to receive either TLD or a sham procedure under general anaesthetic. The sham procedure still involves inserting the bronchoscope and catheter, but the radiofrequency electrical change is not delivered.

TLD targets a well-known pathway involved in the development of COPD, called the cholinergic pathway, which regulates the body's inflammatory responses to injury and promotes smooth muscle constriction of the airways.

Anti-cholinergic drugs, which are often used to treat COPD, also target this pathway, but when they are combined with TLD there appears to be an additional, beneficial effect, even in patients who are being heavily treated with other drugs. Patients in both parts of the trial received tiotropium, an anti-cholinergic bronchodilator.

"Furthermore, the positive benefit has continued in those receiving TLD treatment, with the number of patients hospitalised for respiratory complications in the first year reduced by more than half in the treatment arm versus the sham arm," said Dr Slebos.

A larger, phase III trial, AIRFLOW 3, is now being planned. It is likely to be launched in carefully chosen centres of excellence in Europe, beginning some time next year.

Dr Slebos said: "The results I am presenting today suggest that TLD can be an additional treatment option for COPD patients who are already receiving the optimum drug treatment for their symptoms. It offers the ability to significantly reduce symptoms and exacerbations even in patients already on aggressive medical therapy.

"With the addition of AIRFLOW-3, which will have a similar design but will include many more patients, there will be a profound amount of evidence for the procedure, gathered in a highly scientifically rigorous manner."

Professor Daiana Stolz said: "These are really exciting and important results. COPD is a difficult disease to treat successfully and the results from this well-conducted trial of Targeted Lung Denervation show that it can make a significant difference to the health of patients."

"Better treatments for COPD patients, particularly those with severe disease, are desperately needed and we look forward to the results from the AIRFLOW-3 trial, which we hope will confirm this as an effective and safe treatment."